A new collective at the end of First Fridays makes and displays art. 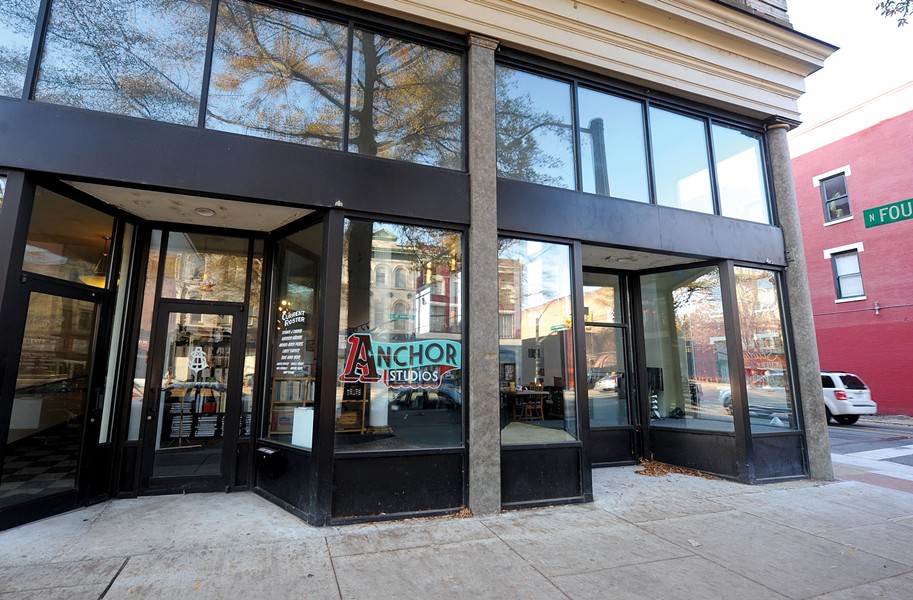 On East Broad Street, an artist collective is taking the idea of being an anchor tenant quite literally.

The story of the newly formed Anchor Studios, the latest addition to the First Fridays Art Walk, is one of function following form. The group originally was part of the Mayo Island Studio Collective, inhabiting a block of warehouse space in the middle of the James River.

As questions about future development of the island began to arise, five artists from the collective decided to seek a new space. After scouting warehouses and storefronts, a landlord mentioned the former site of a Liberty Tax Service location at the tail end of the art walk.

"We came over and took a look, and the space has pretty much dictated what the studio became," says Michael-Birch Pierce, a fashion designer and fiber artist who calls himself the space's default manager.

Instead of functioning solely as a gallery or studio space, Anchor Studios operates as the lone location on the art walk that both makes and displays pieces. Pierce says the hybrid space has resonated well with gallery-goers, but converting a former tax preparation location into a functioning studio space has held its share of challenges.

The studio's basement, which can house 10 artists at capacity, had only one electrical outlet when Anchor acquired the space in September. As the studio gets on its feet and raises money though the crowd sourcing platform Indiegogo, it aims to renovate. 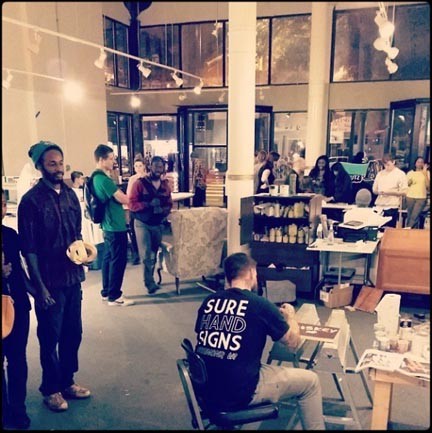 In the climate-controlled basement the artists want to build a screen-printing area and darkroom for both photographic and motion-picture film. They want to renovate to the point where they can hold workshops and classes, and add another restroom to increase their occupancy limit. For First Fridays they want to build a reception area and create a storefront gallery where patrons can view and purchase pieces via smartphone through the window. The fundraising effort features such rewards as prints and painting the storefront windows of a business, depending on the size of the donation.

"I think it's interesting for people to be able to see pieces being made," says Ross Trimmer, a sign painter and one of the studio's five main artists. "The idea is that we're the anchor point of the art walk. We're on one end."

"It's not just these 10 painters judging each other," Trimmer says. "What we want is for everyone to interact with everything."

As the Mayo Island Studio Collective, these artists opened their workspace for an event once a year. Because Anchor Studios opens to the public the first Friday of every month, Pierce says the artists have an incentive to be more creative.

"It's a completely different game," Pierce says. "It's making us think about how we can keep it fresh, how we can keep it exciting. We have to think more about what we're producing and the image that we're putting out there. We can't just sit on our hands for a few months and then have a sprint of creativity once a year." S