The 21st-century gallery artists at VMFA share more than a Virginia connection. 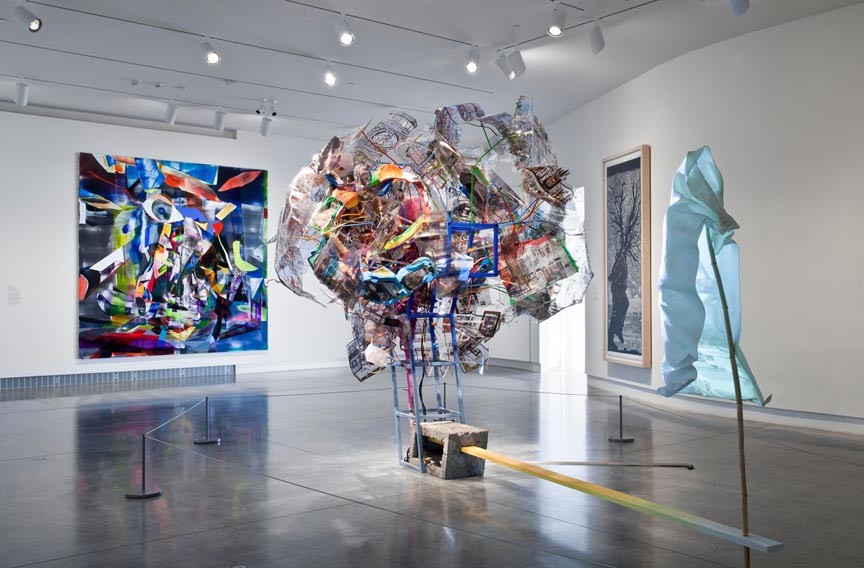 Teresita Fernandez recently delivered the commencement address to Virginia Commonwealth University's School of the Arts, her alma mater. She supplied graduates with practical advice: Develop a studio practice, learn to write well and tell interesting stories, purge regularly and edit privately, look past empty compliments, have a life outside of art, surround yourself with real relationships, be gracious to everyone, and above all else, remain focused on your work.

She ended by quoting the late visual artist, Felix Gonzalez-Torres: "Above all else, it is about leaving a mark that I existed: I was here. I was hungry. I was defeated. I was happy. I was sad. I was in love. I was afraid. I was hopeful. I had an idea and I had a good purpose and that's why I made works of art."

Nearly six years ago, I graduated from that same school with a similar dream of making it. Of course, life happened and all that changed. Now I theorize about contemporary art, working instead in words and ideas. Recently I returned to Richmond to attend VCU's School of the Arts once again, this time as a doctoral student in art history. Though Richmond is home, it's somehow changed since I left — especially its art scene. The university has taken over Richmond. New galleries accompany my old favorites. The Institute of Contemporary Art is coming soon. We have a thriving — and finished — Virginia Museum of Fine Arts, which displays world-class art.

The obvious connection for these artists is shared location, but even that's arguable. These aren't regional artists or a school in the sense of Taos painters of the 19th century, J.H. Sharp and E.I. Couse. Instead, these artists have come and gone from Virginia — some remain while others briefly pass through. Continuity is then expressed in the ideas raised by these artists as each explores notions of permanence, history, materialism and the past. 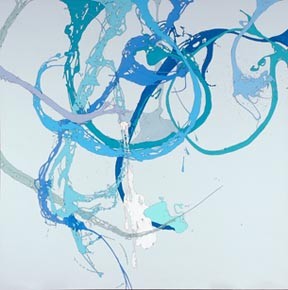 Take Richmond-born Katie Grinnan's "Brainwaves" (2011), for example. A multi-sensory experience, the three-dimensional work includes layers of sound with Mylar-printed images depicting her childhood home against the backdrop of photographs of India, Los Angeles, Mexico and Las Vegas. The sound, a low female voice, is at times discernable but mainly reads as a low hum. Overall, the work speaks to notions of memory, perception and cataloging. It's an index of visual and phenomenological ideas, organized in an unperceivable way much like the brain stores abstract memories alongside concrete facts.

Indeed, photography or printmaking are a reoccurring theme for many of these artists. The nature of a print is that of an index or record — Allen underscores this understanding with his photograph of a record album, "Zonophone" (2010). An index becomes an archive, listing descriptions, people, events, or places, while connoting value or history. Such an archive becomes indelible, affirming a moment, idea, object or person of the past for future generations. As Gonzalez-Torres' said, it shows existence.

During his short life, Gonzalez-Torres sent postcards to his friends — the ones he had real relationships with — and the quotation about existence was scrawled on the back of an image he took of several flying birds framed against a blue sky. The postcard is a mark and the words are ones of hope. It isn't about just being an artist or getting your work into a museum. It's about people, community and shared ideas — about making a mark or a difference and knowing that you'll be remembered. Things change when we leave; they can't be the same when and if we decide to return. We change too. Somewhere along the way, we leave behind small traces — or indexes— of our self. S

"Regional Artists in the 21st Century Galleries" runs through August at the Virginia Museum of Fine Arts, 200 N. Boulevard. For information call 340-1400 or visit www.vmfa.state.va.us.