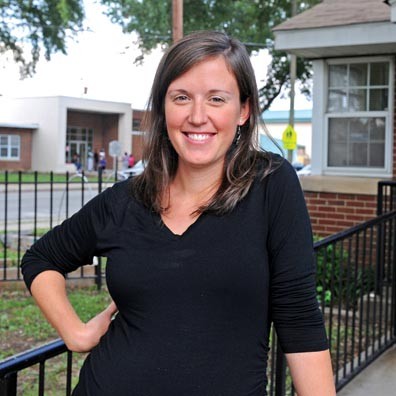 It was kismet when Amy Popovich was hired at the Richmond City Health District, a division of the state Health Department, in 2009.

While obtaining a master’s degree in community and public health from the University of Virginia, she’d already become interested in creating satellite clinics in municipal housing developments, having seen what could be accomplished by only one nurse in one such development.

As it happened, Richmond had received funding to create just such a clinic. “The goal is not to be a primary health center, but to serves a health mediator, to connect people with the resources they need,” says Popovich, who serves as the nurse and supervisor of the district’s community clinic program.

Lack of transportation and knowledge are important factors in people’s health, she says. So, through Popovich, the district takes health care where it’s needed. Under her stewardship the number of clinics has grown, all of them operating out of renovated apartments inside four of Richmond’s public-housing developments — Whitcomb, Creighton, Mosby and Fairfield courts.

One day per week, Popovich and a team of other medical workers see residents, providing basic health care to a traditionally underserved community. On nonclinic days, Popovich uses the spaces to educate residents on such wide-ranging topics as navigating the public health-care system and managing their prescriptions.

The key is making the right connections among residents and former residents, Popovich says: “When you build trust in a community and you know what’s going on, you can provide better care.”

When she isn’t doing clinic work, Popovich serves as an instructor at MCV Hospitals, teaching basic clinical skills to future generations of nurses. She also serves as primary fundraiser for the project; her next big goal: adding a fifth clinic.