Among the Ranks: What can female soldiers’ experiences tell us about the Civil War? 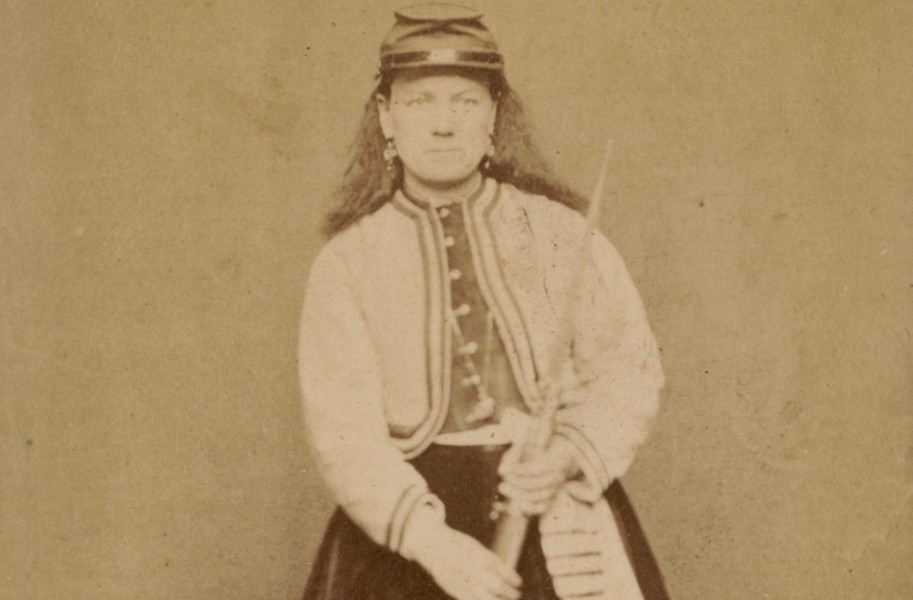 Of the 260 women soldiers who served during the Civil War that historian DeAnne Blanton has documented, about a third went to war with their husband, fiance or brother.  At least one woman went to war with her dad.

Because they were passing as men, historians have no clear idea how many women enlisted in the Union and Confederate armies. Estimates range from 200 to a thousand, making them a miniscule part of the overall composition of the armies. But because they're so difficult to document, no one can really say for sure.
For the next installment of the F
oundry Series, the American Civil War Museum at Tredegar will play host to Blanton speaking on Women Soldiers in the Civil War. The series aims to connect past and present by helping audiences make and explore those connections.

Director of Education Stephanie Arduini says public historians see that many topics in contemporary society or media have direct parallels to similar topics from the Civil War era. "As a woman, I'm curious to hear about the women who decided to ignore regulations and choose to put their lives at risk to fight," she says. "What motivated them? How do their accounts of the war compare with those of men and what can those similarities and differences tell us about the larger history of the Civil War?"

Blanton, a senior military archivist at the National Archives in Washington, specializes in 19th century Army records, particularly those of the Civil War. It was the early '90s when she first stumbled across mention of women passing as men in order to serve as soldiers in a War Department file. Fascinated, she began looking for more information out of personal curiosity.

"Then the research took on a life of its own and I realized that this was a story that I needed to tell," she says of delving into newspapers, memoirs, letters written by soldiers, government documents and military records to find mentions of women soldiers. The stories she uncovered felt too significant not to share.

"Women went to war for many of the same reasons that men did: patriotism or a paycheck," explains Blanton who feels the stories need to be known for several reasons. "Because their actions fly in the face of Victorian — and more recent — notions of a woman's place and women's abilities.  Because they faced not just the guns of the adversary, but the prejudices of society.  Because they were there and they weren›t supposed to be."

As the war dragged on, the reading public became aware of women soldiers because newspapers seized upon every story of a woman found in the ranks. There's also sound evidence that male soldiers discovered there were women in their midst and sometimes even shielded these women from discovery by commanding officers. Most strikingly, by 1864 Confederate officers were no longer sending women soldiers home when they were discovered.  Dwindling resources trumped societal norms.

In booking the Foundry series, Arduini took inspiration from various news stories about issues relating to gender in the military. "As a leading expert on the topic, De Anne Blanton will provide the historical background to the many known and unknown stories about women serving in the military during the Civil War," she says. "In particular, how did those stories compare to each other and to those of men? How did the woman's motivation and experiences shape those experiences?"

The museum actively seeks stories of women to include in its exhibits, considering their experiences crucial to understanding the Civil War era and, like the stories that feature men, just as complicated and diverse.
For Arduini, the subject of women soldiers is one that's compelling and relevant on multiple levels.

The Foundry Series: Women Soldiers in the Civil War, May 17 at 6 p.m. at the American Civil War Museum, 500 Tredegar St. acwm.org.