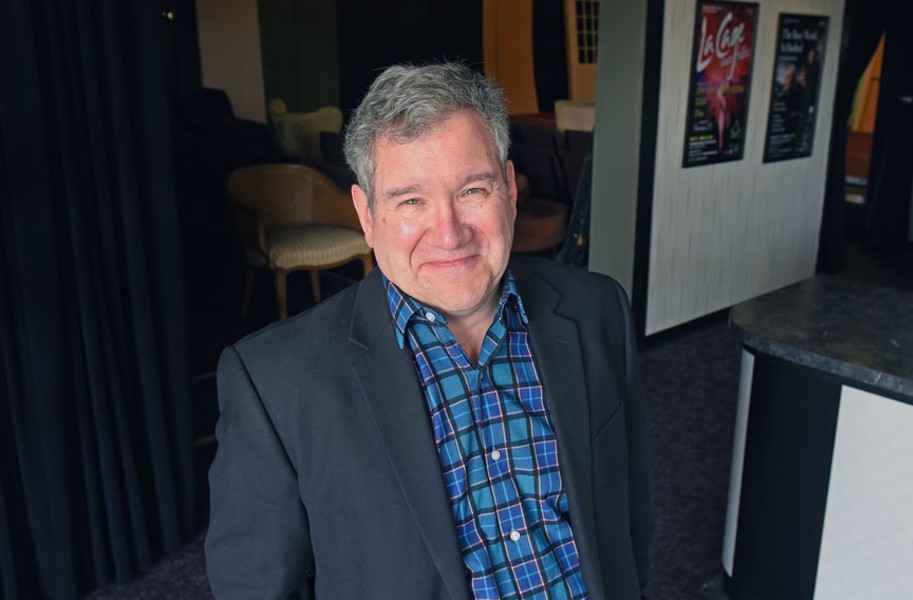 There are some big changes with Richmond Triangle Players these days. The most obvious one is a new mural, which shows its signature triangle shape repeated in a rainbow above the company’s location in Scott’s Addition. Inside, upgraded sound and lighting systems offer a more vibrant and flashy theatrical experience.

The more fundamental changes are less visible. The company’s managing director, Phil Crosby, recently received a position upgrade to executive director and, under his leadership, the company is taking steps to stabilize its infrastructure and bolster its financial stability.

The moves are part of a long-range plan, Completing the Dream: RTP@25, which is being implemented as part of the run-up to the company’s 25th anniversary celebration in 2017.

The establishment of an executive director, in particular, reflects the official transition to a new operating paradigm for the theater.

An organization that explores issues from an LGBT perspective benefits from using this committee approach, Crosby says.

“There are so many letters in that acronym,” he says. “What began to surface after John left was that the more voices we had at the table, the stronger our seasons would be. I don’t know how to be a woman or transgender, and I’m not going to understand how best to tell stories from that perspective. Now I have an ‘artistic cabinet’ that can find projects that appeal to each demographic.”

The company’s rejection of the artistic director and managing director model is the third such restructuring among Richmond’s major theater companies in recent years.

The tension inherent in the traditional model was a factor that led to the Firehouse Theatre debacle in 2013, in which founder Carol Piersol clashed with her managing director and eventually left. Joel Bassin was named producing artistic director there in 2015, with no managing director hired after Gini Mallory quit.

In June, another local company, Quill Theatre, merged the two positions into one with Jan Powell assuming the producing artistic director title.

Crosby says the traditional model originated with Zelda and Tom Fichandler at Washington’s Arena Stage in the 1950s. “These days, unless you have the perfect marriage,” he says, “you see it not working out more often than it works. There has to be a lot of deference going on and it’s rare that you find people that can be that deferential.”

Companies that still employ the traditional paradigm acknowledge its challenges. It can be problematic, says the managing director for Virginia Repertory Theatre, Phil Whiteway: “But it can also be a good system of checks and balances so that no one gets too carried away.”

“We’re talking about human beings and you have to have two personalities that balance each other and two people that respect each other,” Whiteway says. “The effectiveness of the structure can also change by degrees, based on size. It can come down to what an organization can afford.”

One of Richmond’s youngest companies, TheatreLab, has been run by artistic director Deejay Gray and managing director Annie Colpitts since becoming an independent organization in 2013.

“Trust is a huge part of it,” Colpitts says. “Deejay and I complement each other really well, and I think it might be difficult to find a single person who can juggle everything that needs to be done.”

She concedes that finances might be a bigger issue down the road. “We have very open conversations about what we’re paid,” she says. “We realize that doing this work isn’t going to pay either of us a full-time salary right now.”

Richmond Triangle recently honored one of its founders, Michael Gooding, on his 80th birthday, and Crosby says the company’s changes are an appropriate tribute to him.

“When Michael staged the first RTP shows at our original location above Fielden’s nightclub,” Crosby recalls, “the building was literally crumbling around us.” Gooding and the board of directors kicked off renovation of a former car radiator shop at Altamont Avenue and Marshall Street in 2008, just as the economy was tanking.

It took almost two years to complete the move, but the Scott’s Addition location quickly became a reflection of Gooding and Crosby’s personalities: friendly, fun and well-managed.

“When we polled our audience a couple of years ago, the word ‘welcoming’ came up most often,” Crosby says. “We’ve become defined by our space and apparently people really like coming here.”

“We’ve moved beyond weathering the storm,” he says. “And now we’re ready to continue building an institution.” S