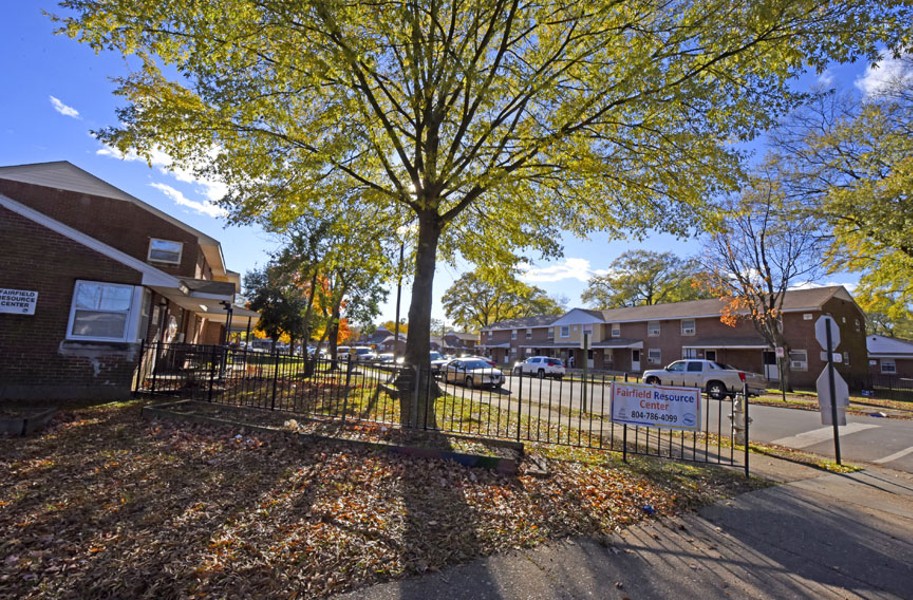 Public housing transformation may be underway in the East End, but according to the women of the Fairfield Court Tenant Council, those long-range solutions will be too late to help families struggling in their neighborhood today.

From an office in the would-be living room of a vacant residential unit, the council's president, Joanne Towles, and vice-president, Dyanne Broidy, watch life unfold across the development of 447 units built in 1958. Some kids go hungry on weekends because their mothers don't cook or never learned to cook. People throw trash, including dirty diapers, in common areas outside their units. Kids raise themselves because their fathers are gone or their mothers are distracted, addicted or unprepared.

"People want to do good, but they don't know how," Towles says. "These kids — all they need is a little time and a little guidance and a little love, and you would not believe the changes. But somebody needs to make that happen."

Now, the tenant council is supporting a new potential change agent in Fairfield Court. In January, the Family Restoration Network, a faith-based nonprofit founded in 2013, will offer fatherhood and motherhood support groups, youth activities, and other services out of the tenant council office. The network is run by Eric Samuelson, a 66-year-old management consultant who, by his own admission, is an unlikely partner for public housing. Samuelson worked for one year as director of Richmond City Health District's Family and Fatherhood Initiative, but otherwise he has no professional background in social services or public health. He's also white and from Hanover County. The network has no hard data to demonstrate that the programs it operated previously for fathers in three regional jails were effective. Samuelson never even considered working in public housing before the Rev. Joe Ellison, a longtime faith leader for the Essex Village Section Eight housing community and the nonprofit's director of community relations, suggested Fairfield Court.

What Samuelson does have is determination, faith and relationships, and both he and the women of the tenant council think this is enough to make a start. 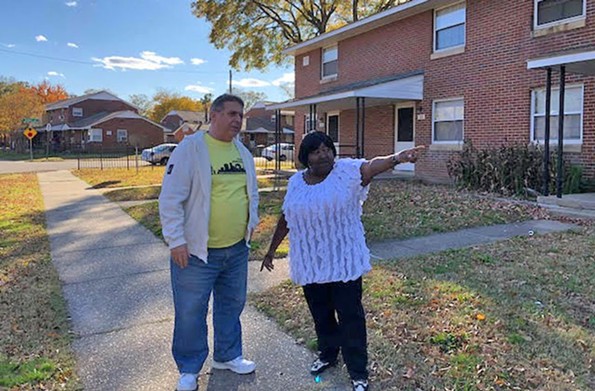 According to Samuelson, building healthy relationships between parents and their children is critical to improving life in Fairfield Court. "When fathers are present in the lives of their children, all social indicators improve," he says. The organization has an agreement with the Richmond Redevelopment and Housing Authority to offer programs for one year, but Samuelson hopes to secure permission — and funding — to stay longer. "A lot of folks come in and just throw something over the transom and get the heck out," he says. "We're building relationships. That's the basis of trust."

Ellison smiles at the suggestion that Samuelson and his team will be rejected as outsiders. "A BSer knows a BSer," Ellison says. "You can't fool these people. They've seen enough to know right away if somebody is for real."

Still, the network will need to rely on the tenant council and other organizations with an existing footprint in Fairfield.

"If they see a white guy, especially his age, they're going to think he's a police or social services, and they're not going to talk to him," Broidy says. "But they'll see us trusting him, so they'll be more willing."

In the past, outside organizations offering help have abused the trust of the tenant council, and the network has seized opportunities to show it can deliver. In August, gubernatorial candidate Ed Gillespie's team promised 50 backpacks full of school supplies for children living in Fairfield Court. In a community where the average income is $8,786, a stocked one is priceless. Council members waited all day for the backpacks to arrive. Finally, a staffer showed up with a single backpack.

When Samuelson and his organization heard about this, they arrived with 100 — a show of commitment that solidified their credibility with the women of the council.

Some of this fight has included pushing back when the network proposed programs that looked too much like parenthood training. Council members insisted that the group's offerings be structured as support groups rather than classes. Samuelson saw their point.

"When you're building relationships of trust, they're watching," he says. "They want to know, are you one that's going to just have a patriarchal attitude, or are you here to meet me at a human, relational level?"

Network activities director Cleon Ware is the organization's prime example of trust building in action. Ware met Samuelson when the former was serving time for attempted murder at Deep Meadow Correctional Center. Ware never knew his father; now Samuelson is like a father to him. He also plays an active role in the lives of his own children and is nurturing relationships with kids in Fairfield.

"I am the embodiment of redemption," Ware says. "All I knew was hustle, get this money, try not to go to jail, and try not to die. This white guy comes to me and tells me that I'm special, that he loves me, and I think: What ulterior motives do you have? Do you feel bad about what happened back in the day? Do you want to work out that guilt? Because you won't get it off me. But then I saw the true fathering — the true teaching — and I wanted to become this type of man."

Not everyone in Fairfield Court is convinced that Samuelson's group is a good fit for the community. Keandra Holloway, a community health worker with the Fairfield Court Resource Center operated by the Richmond City Health District, lived in Fairfield for seven years. Holloway now helps residents with health, education, housing — any issue a resident is willing to share — but her success is only as good as her relationships, which can't be manufactured.

"They're my friends, my family," Holloway says. "I want what's best for them, and they can feel it." Speaking of the network, she adds, "I doubt if they can name a few residents out here. I can probably go around and knock on doors and ask if they know people from Family Restoration Network and they'll say, 'Who?'"

But Holloway is eager to support any organization that is open to working together to empower residents. "The community needs to help itself," she says. "But if anyone can bring a heart change for fathers and mothers out here, I would welcome them with open arms. I would say: What can we do as one?"

The network will launch programs in Fairfield in January 2018. Families interested in participating can sign up at the tenant council office. S