Scott Elmquist Outside of his brother’s store, Sam Market on Nine Mile Road, Mufeed Hafeed holds onto a photo of a FaceTime conversation between his late brother and their mother in Yemen. He says it was the last time they spoke.

There was no set closing time at Sam Market on Nine Mile Road. Its 30-year-old owner, Habeed “Sam” Hafeed, closed when he felt like it. Some nights he held barbecues in the parking lot or just stood outside to talk with customers.

Soon after he closed the shop, someone emerged from the shadows and fatally shot him. A motive in the killing is unknown, police say, and no arrests have been made.

Friends and family gathered outside the convenience store last week, holding a vigil to honor Hafeed. His brother from Arkansas, Mufeed Hafeed, spoke of the store as his brother’s dream, saying he often worked 14 to 16 hours a day. He was saving money to return to Yemen to see his mother.

One of his close friends was Noah Maqsher, who works at the Community Food Mart across the street. He was quiet at the vigil, but opened up the next day.

“He was the most loyal, helpful and respectful person I ever met,” Maqsher said. “He trusted everybody, he was too caring. He didn’t believe in keeping his circle small. He was fearless.”

But he was no pushover either, Maqsher says. He always carried a gun and was aware of the tough reputation of the store’s surrounding East End neighborhood.

“It was never about the money with Sam,” Maqsher said. “It was all about respect. He was the most gangsta soldier I ever met. He always carried a piece on his side and didn’t take crap from anybody. But he loved everybody — that was Sam.”

With four months left in 2016, Richmond is about even with last year’s homicide total of 43. Counting the double killing under investigation Friday, according to Richmond police, the number stands at 41. 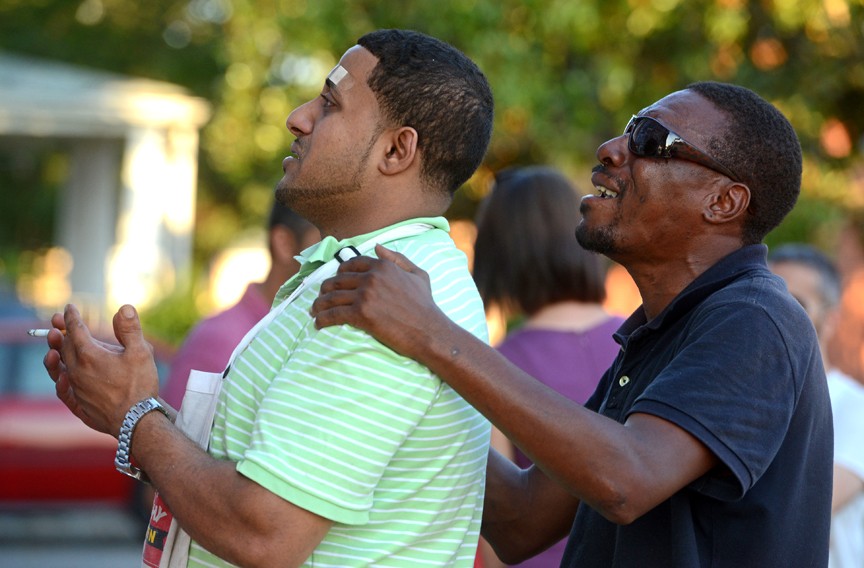 At Monday’s vigil for Hafeed, people in the crowd seemed dumbfounded that anyone would want to hurt the man who was always willing to help someone out. He also owned a store on Williamsburg Road called Sam Market No. 2.

“He was accepted into our community,” store patron Latrice Green said. “He was a people person. I never heard him argue with anybody.” Green said locals appreciated that the market stayed open late and counted on it for late-night shopping.

“I keep looking across the road for Sam. But he’s not there. It seems unreal,” Maqsher said last week. “We were brothers, brothers in Islam. He put everything in God’s hands, but I don’t think he ever expected this.”

Other recent shootings in the area have residents on edge. One of them happened down the street from Sam Market. Michael A. Minor was killed July 30 outside the Black Tie Social Club. Police said the motive was robbery, and no arrests have been made.