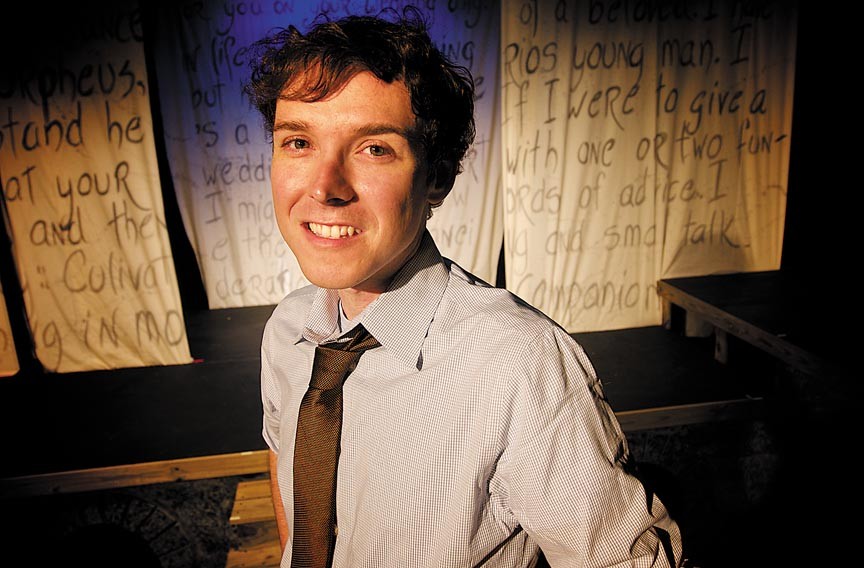 In the wake of ongoing protests about the dismissal of its founding artistic director Carol Piersol, the Firehouse Theatre Project has hired a well-known director to fill in.

Jase Smith, who is leaving his position as marketing director with Cadence Theatre Company, is taking over as the interim artistic director of the Firehouse. The board announced the change Jan. 5.

Smith was among the many protestors who rallied to Piersol's defense after the Firehouse's board of directors forced her resignation last month.

"When I first heard about it I was outraged like everyone else," Smith says. "But I saw this [job] as an opportunity to come in and have the [Firehouse] board re-engage Carol with talks, because they had broken down."

Smith says he took the job with the understanding that the board would re-engage with Piersol "in a meaningful way."

But Smith's been catching flak from some members of the theater community for stepping into the role. And it doesn't appear that protests will stop anytime soon. Silent protests are planned at the Firehouse an hour preceding each performance of "Zhe: (noun) Undefined," which opens Thursday.

"We will silently mourn the actions of the Board, who neglected due process in their recent ousting of Ms. Piersol," writes Billy Christopher Maupin in an email to Style. "Please note that this is in no way a reflection on the artists who are coming to share their work inside, nor on the producing partners."

Longtime Firehouse producer Amy Wight, who recently quit after 11 years at the theater, says about 20 people working with the Firehouse are sending a letter to the theater's board this week expressing solidarity with Piersol and displeasure with the lack of transparency exhibited by the executive committee.

"They talk about wanting to make this more of a business. Well there are written procedures with management issues," Wight says. "And if there were personnel issues with Carol it should've been in writing and [with] a formal review process and opportunity to improve — and that didn't occur."

Smith says he's at work rescheduling "Any Given Monday" and contacting performers who left the production. He says another production, "Breast in Show," was canceled because of rights issues with an independent producer.