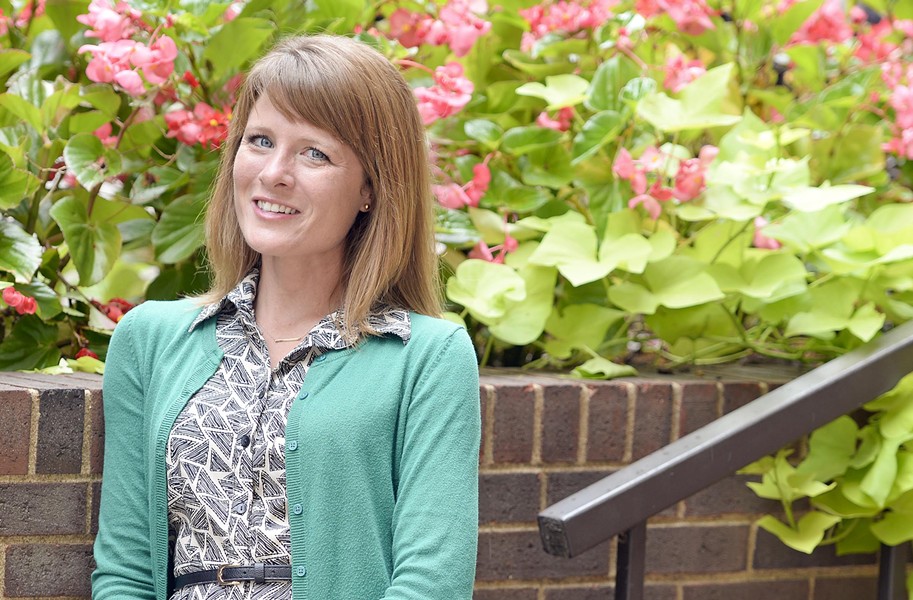 Amanda Hall is bursting with energy. Words tumble over each other when she describes the children she works with through the Community Food Collaborative, a nonprofit she founded with Toby Vernon. She also heads up a mentoring program based on the Girl Rising movement, which is designed to educate and empower young girls.

The Community Food Collaborative grew out of a service learning project she started as a science teacher at Fairfield Middle School. Five years ago, Hall and her pupils built a community garden on the school’s grounds.

She explains service learning in this way: “Students aren’t just going out and doing good — that’s great — but are actually getting as much as they give. They’re doing the research, they’re doing the root cause analysis and identifying a true community need.”

The East End, where Fairfield is located, is a classic food desert. Grocery stores are tough to find and food security is a pressing concern. Hall thought that by cultivating a garden, her students could learn how to feed the community — and themselves. But once the garden was established, no one came to get the produce. And food pantries, which primarily provide canned and packaged food, weren’t equipped to handle fresh food.

Hall was at a turning point. Should she scrap the project or figure out a solution? “If people won’t come and take the produce,” she thought, “then we’ll have a market.” And she realized that money raised could help sustain the program.

When Hall began to pursue an education doctorate focusing on curriculum, culture and change at Virginia Commonwealth University, she made the difficult choice to leave teaching. But the Community Food Collaborative grew out of this decision. She could continue to see her former students, continue the garden program and expand it to other schools — while attending VCU full-time.

“Amanda Hall is the real deal,” says Art Raymond, the principal at Fairfield Middle School. “There is a lot of talk about food deserts, community gardens, empowering young women, developing young leaders and increasing community awareness with all of these topics. Amanda has moved from talk to action.”