Our food writers name Brenner Pass as Restaurant of the Year. 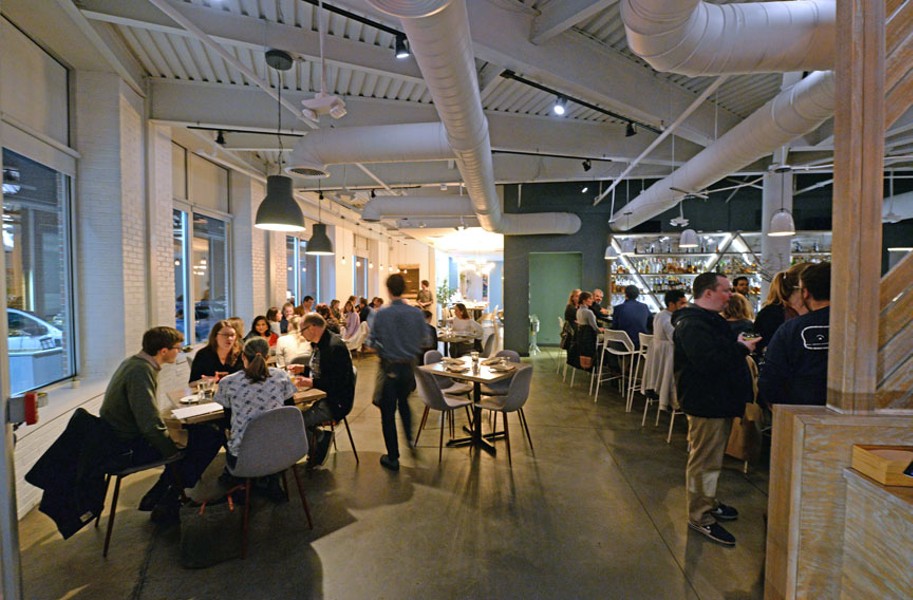 Like a lot of teenagers, Brittanny Anderson began working in the food industry when she was in high school. She started as a hostess at a chain restaurant and has since made a name for herself in Richmond as one of the city's most accomplished young chefs.

Her latest venture, Brenner Pass in Scott's Addition, made for possibly the easiest decision in the history of Style Weekly's Restaurant of the Year. The designation has, in the past, been known to ruffle some feathers — food writers have opinions, they're not afraid to share them, and they certainly don't always agree. But this time around, Brenner Pass not only made it onto everybody's list of the top five restaurants that opened in 2017, but also was nearly every participating writer's No. 1 choice. Easy peasy.

"A food writer going out with friends or family often faces a terrible choice: Go somewhere good, or go somewhere 'accessible.' Brenner Pass miraculously manages to be both," says reviewer Phaedra Hise. "I've been there with picky eaters, with out-of-town guests and with meat-and-potatoes family members. They all find something recognizable on the menu, that ends up being the best they've ever had, and I don't feel like I'm compromising. All this plus parking and a great cocktail program."

Anderson, a native Richmonder, graduated from the French Culinary Institute, now the International Culinary Center, in New York in 2008, and spent the next four years working in the city. There was a lot to love about being a chef in New York, Anderson says, but ultimately she missed the green spaces and affordability of home, so she packed up and headed back to Richmond in 2012.

"It was a big culture shock," Anderson says. "It's a smaller place, so fewer options, and knowing everyone in your industry is interesting. It's much more of a community feel. I think it's a good thing, but it definitely took getting used to."

She may have been friendly with the other industry folks on the block, Anderson says, but chefs and restaurant owners in New York don't interact and collaborate the way they do here.

"It makes you develop better relationships with people, as opposed to just being acquaintances. You really have to get to know people well and interact with them all the time," she says. "In New York it's funny. For the most part, chefs aren't interacting with each other that often. It's rare that you get to collaborate."

"When I opened Metzger, I don't think I really knew who I was as a chef then. It was the first time being on my own, and having to be the main decision-maker is a great learning experience as a chef," she says. "So I grew a lot there, and when the opportunity for Brenner happened, we kind of knew what we wanted. We knew we wanted it to be bigger and maybe a little more design-y, and have all the tools at our hand to offer the best experience that we can."

Anderson and her team accomplished that and more, restaurant reviewer Karen Newton says. 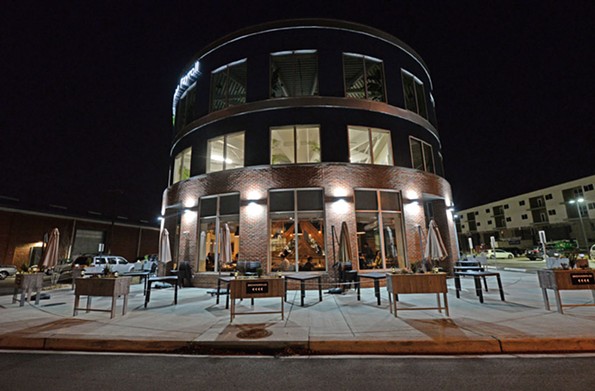 "There's a hip, happening vibe at Brenner Pass, the kind of energy locals often associate with big-city dining. Omnivores couldn't ask for a chef more devoted to the process of butchering meat and fish to ensure that the best possible cut lands on your plate," Newton says. "Brenner Pass could have been nothing more than the splashiest opening of 2017, except that once the doors opened, it delivered, not in spades, but in tinned seafood, black truffles and oeufs mayonnaise."

For Anderson, it's important that she give herself set guidelines when creating a menu.

"I work really well in a box," she says. "I like to give myself parameters and then fight to be creative within those parameters."

Those parameters include inspiration from northern Italy, eastern France and southern Austria. It's Alpine food, which she says isn't explored often, and she's been surprised at how many guests "don't really know what it's all about."

"We explore the traditions and history of that kind of food and then try to make it a little more modern, and lighten it up a little bit too," she says.

Anderson doesn't shy away from using foreign languages on the menu, and she says that while some guests may be intimidated by menu items with French names, most are excited to learn. And she's happy to help push them outside their comfort zone.

As Matthew Freeman writes in his December review of Brenner Pass, the unfamiliar and intriguing menu "will compel most diners to whip out their smartphones to Google some ingredient names — or at least to pepper the friendly and knowledgeable staff with questions." 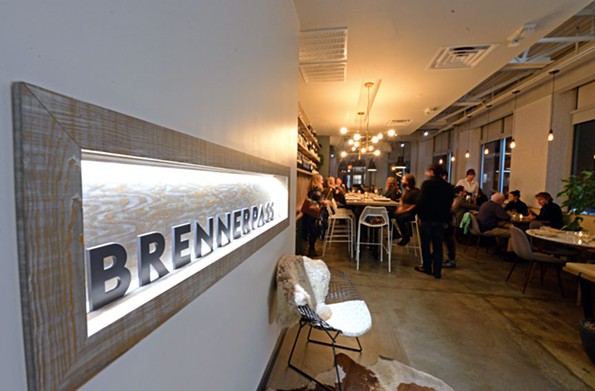 Anderson says Brenner's menu items don't rotate as often as those at Metzger, but guests can expect to see at least one minor change — to the cheese menu, for example — per week, and change "a big hunk of the menu" about once a month. The team is in the middle of its shift to a late winter early spring selection, April will bring a springtime menu — "and then shit goes haywire because then you start actually getting ingredients."

You mean it gets even better? Save us a seat this summer.