Almost All of the Doughnuts at Sugar Shack Are Now Vegan 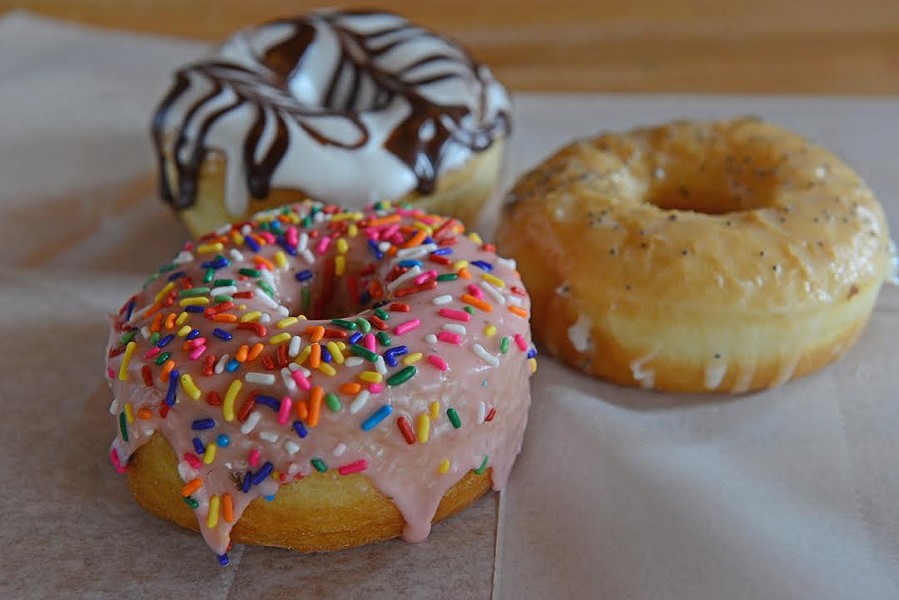 For the last four years, Sugar Shack Donuts has helped define the city’s craze for sugary rings of fried dough, and now it appears the store has pushed the envelope a little further -- but founder Ian Kelley doesn’t think you’ll notice much of a difference.

The dough for his yeast doughnuts -- the big fluffy ones it has become known for -- is now vegan. Every one of them. General manager and dough-maker Mike Goins pulled eggs and milk from the ingredient list and now the only thing that might make the pastries infused with animal products is the choice of toppings.

According to Kelley, Goins spent the last two years driving to West Virginia to hone the recipe. “Every couple of months [he’d drive out] to tweak things with a friend in his test kitchen,” Kelley says, “until we finally found a recipe we actually liked even better than our regular dough.”

“I can’t taste a difference -- it changed nothing,” says Jessie Walker, head decorator at Sugar Shack’s flagship store on Lombardy Street. She started her Sugar Sack journey back on the first day the shop opened. She even remembers the first doughnut she ate there: a banana split doughnut made from a banana base with chocolate, vanilla and strawberry drizzle, with peanuts on top.

“I’d never had anything like that before,” she says, smiling.

This isn’t the establishment’s first flirtation with vegan recipes. It has offered a vegan cake doughnut for some time, and while it has its followers, front-of-house worker Miranda Young says that she and her fellow vegan employees are particularly pumped about the new option.

“I love them,” she says admitting she’s a bit biased. “Anything that helps with [more food vegan options] is awesome.”

“We have a ton of vegan customers and a lot of the people who work here are vegan,” Walker says. But Walker and Young aren’t the only people in the store excited about the new mix -- Donna Jones and Shayne Stots stopped by the shop specifically to taste the new, egg-and-milk-free recipe.

“I like the new yeasty ones a lot. I think it tastes just like a regular doughnut, no sacrifices,” says Stots, a longtime vegan and Richmond resident. He’s been trying to get Jones on the no-animal-product bandwagon for health reasons -- and doughnuts seemed like a good way to lure her in.

“I’m a transitioning vegan and I can’t tell any difference,” she says.

Kelley thinks you’ll like them -- in fact, he switched the recipe at a few locations without telling anybody first and only heard good things when the secret was revealed.

“Mike really worked hard on this, and knocked it out of the park,” he says.