All the Single Ladies

Hardship, heartache and hot grits: behind the scenes of “The Real Babymamas of Richmond.” 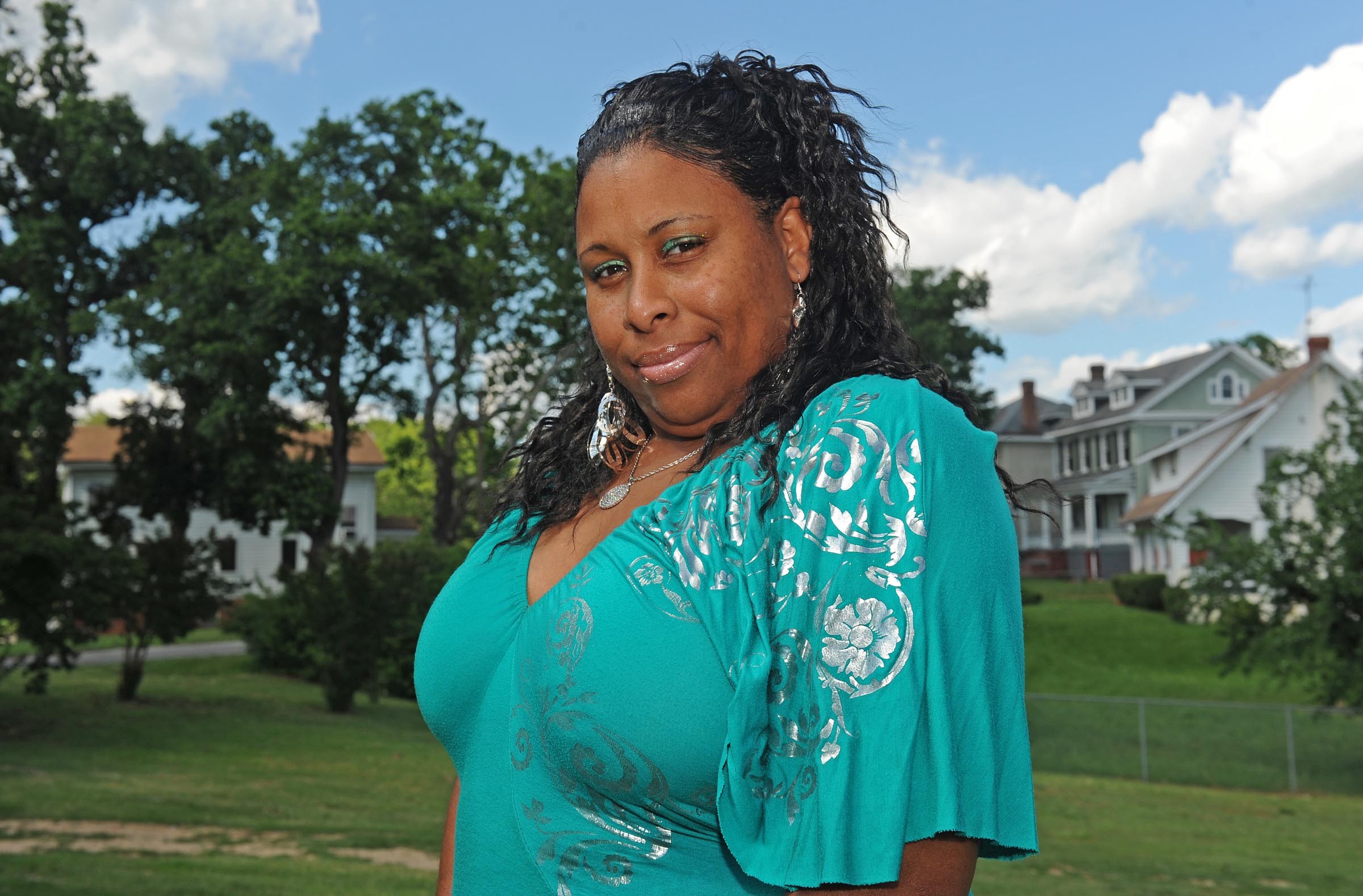 Louise Shelton, 42, has nine children between the ages of 8 and 27. Her 18-year-old son, Rodney Shelton, was killed in a drive-by shooting on Church Hill's Q Street in October. "It's been a real hard struggle," she says.

Martina Chiles, 36, has six children: a son who's 17 and five daughters, ages 6 to 16. The girls all look up to their big brother, an A student and a track athlete. "I love all my kids, love them all the same," Chiles says, "but there's just something special about that boy."

Tall and soft-spoken, Nikki Roberts, 27, has three children, ages 6, 4 and 2. She used to work a 9-to-5 job, she says, but the costs of child care and insurance were too high. She now supports her family by dancing at a club in Hopewell.

These families, in many ways, reflect the norm in Richmond. Local nonprofit First Things First recently reported that 60 percent of the city's families — and 86 percent of black families — are households run by single parents. A new, homegrown reality show hopes to show what these single mothers' lives are like.

"The Real Babymamas of Richmond" is the creation of Aretha Lewis, a 37-year-old mother of four. Her oldest daughter is 20, an honors student and a senior at Virginia State University. Her other children are 14, 11 and 8.

A fan of the Bravo network's "Real Housewives" series and TV One's "R&B Divas" reality show, Lewis realized that none of them reflected her life — the life of a single mother without millions of dollars. She thought she could come up with her own version, and her brother, Jermaine O'Neil, signed on as executive producer. In May, she put out the call for auditions on Facebook and found her stars: eight single mothers who were willing to let cameras into their lives.

The show, which premiered this week on Richmond's public access cable channels, is in some ways like a low-budget version of "Real Housewives." Cameras film the women caring for their children, partying downtown and, of course, squabbling with each other. There's even a smooth theme song: We're the real babymamas of Richmond / And we're here to say / You can love us or hate us, baby / But we're on our way."

The show's title has aroused people's attention. Many are calling it "ghetto" or "ratchet," Lewis says. She thinks it's neither. "It's not about bashing the father, an absent parent, whatever. It's just about our struggle, our day-to-day struggle raising kids."

Sophia Gash, a 31-year-old called Big Red on the show, has two children of her own, ages 5 and 9, plus her fiancee's stepson, age 15. Even though her fiancee is a woman, she says, "That's dad to them. ... That's their pops. And pops is, for them, they call it 'the perfect other parent.'"

Keyontae Terry, aka Miss Glamorous, has been diagnosed with schizophrenia and bipolar disorder. For that reason, she says, she's lost custody of her 12-year-old daughter, who lives with her father. "I miss my baby, and she misses me. I talked to her today," she tells her castmates, her voice catching. She hopes to see her daughter soon, but starting a legal battle for custody requires money she doesn't have.

Crystal "the Rich Bitch" Richards has five children, ages 23, 21, 19, 11 and 6. The father of her three oldest children was killed 17 years ago. She says she married in 2000, and "the marriage was good — I thought." Then he "flipped the script," she says, stalking her and telling her she couldn't see her friends.

One night at 2 a.m., she says, she woke up to more abuse. "And then one day I just got tired," she says. The next time he attacked her, she says, she threw a pot of boiling grits at him. She ended up in jail, she says. They reconciled and he stopped hitting her, Richards says. "Then one day, he did it again. So I stabbed him."

Why do so many women end up having children with bad boyfriends, again and again?

It's that promise of stability, Lewis says. "You let these guys get in your head, and you let them tell you everything you really want to hear." With the father of her youngest son, she says, she believed he was really the one. She imagined having a normal family life: getting up in the morning together to go to work, eating dinner with the children.

The domestic dream never happened. She discovered things about him she didn't like. So she got her tubes tied, she says, making her fourth child her last.

Will the show reinforce stereotypes about baby mamas? "It probably will," Lewis says. But more than that, she hopes that the show will let other single mothers know they aren't alone.

"Even though you may have ran into a wall in your life, it doesn't mean you should give up. It doesn't mean you should sit at home and rely on public assistance," she says. Despite getting in "a little bit of trouble" in her youth, Lewis now runs a cleaning business and also works as a CNA. She lives in public housing, a decision she made to give her children a stable home. "Does that make me a bad mom? No. Does that mean I don't provide for my kids? No." S

"The Real Babymamas of Richmond" airs Mondays at 9 p.m. on Comcast Channel 95 and Verizon Channel 36.