Founder of the Broad 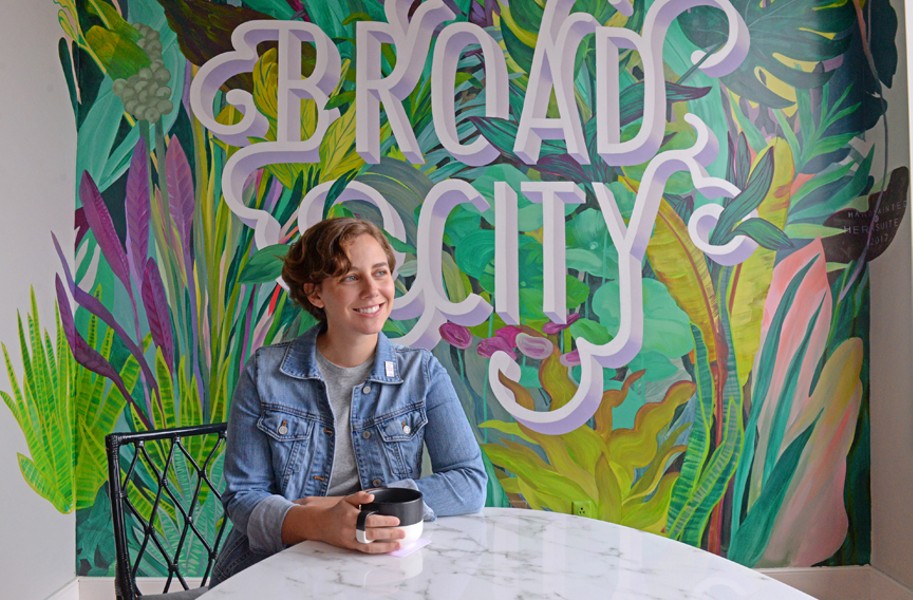 Ali Greenberg likes to clear her head by hopping on a plane. Ghana, Italy, Peru and Spain have been some of her far-flung destinations.

"I take sabbaticals every few years in the summers and move to other countries to get my head straight and reassess what I want to be doing," she says.

After a recent spell in Italy, she returned to the States and decided to check out Richmond. "I fell in love with the city," she says. "This was the time I also began working for myself and considering becoming an entrepreneur."

Style Weekly was one of the first to cover her co-working concept, called the Broad, which opened in February. More than 200 members have joined thus far. "I am driven by making space in my community for women," Greenberg says.

Stopping by the multifunctional space at 209 N. Foushee St., you'll encounter an exquisitely-designed loftlike atmosphere. Don't be surprised if you see collaborations in action. This summer, the Broad held an internship generated by the Next Move Program, which provides work training for young adults with disabilities.

"I'm not sure there are enough superlative adjectives to describe this place," one patron writes. "It is inspiring for work, it is delightful for rest."

Greenberg likes to keep it local, in all senses. Part of her mission is to promote goods made and sold by local women. And, of course, she can't ignore the delicious food nearby. "I am very food-motivated so you could say I am quite literally driven by good food," she says with a smile. She's made her new home in the right place, indeed.