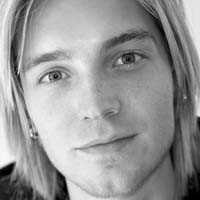 As a member of the now-defunct rock group the Calling, Alex Band found huge renown with such hits as “Wherever You Will Go” and “Why Don't You and I.” His philanthropic efforts have been similarly successful, most notably his work with Richmond-based Donate Life America, an organization that encourages organ donation. Alex Band's Donate Life Rocks Concert takes place at Toad's Place Thursday, Aug. 21, at 8 p.m. Joining Band, California group Eve 6 and singer Brianna Taylor, who, despite her shameless self-promotion during her stint on MTV's “The Real World,” has since proved her vocal prowess. $20-$50. 648-TOAD.