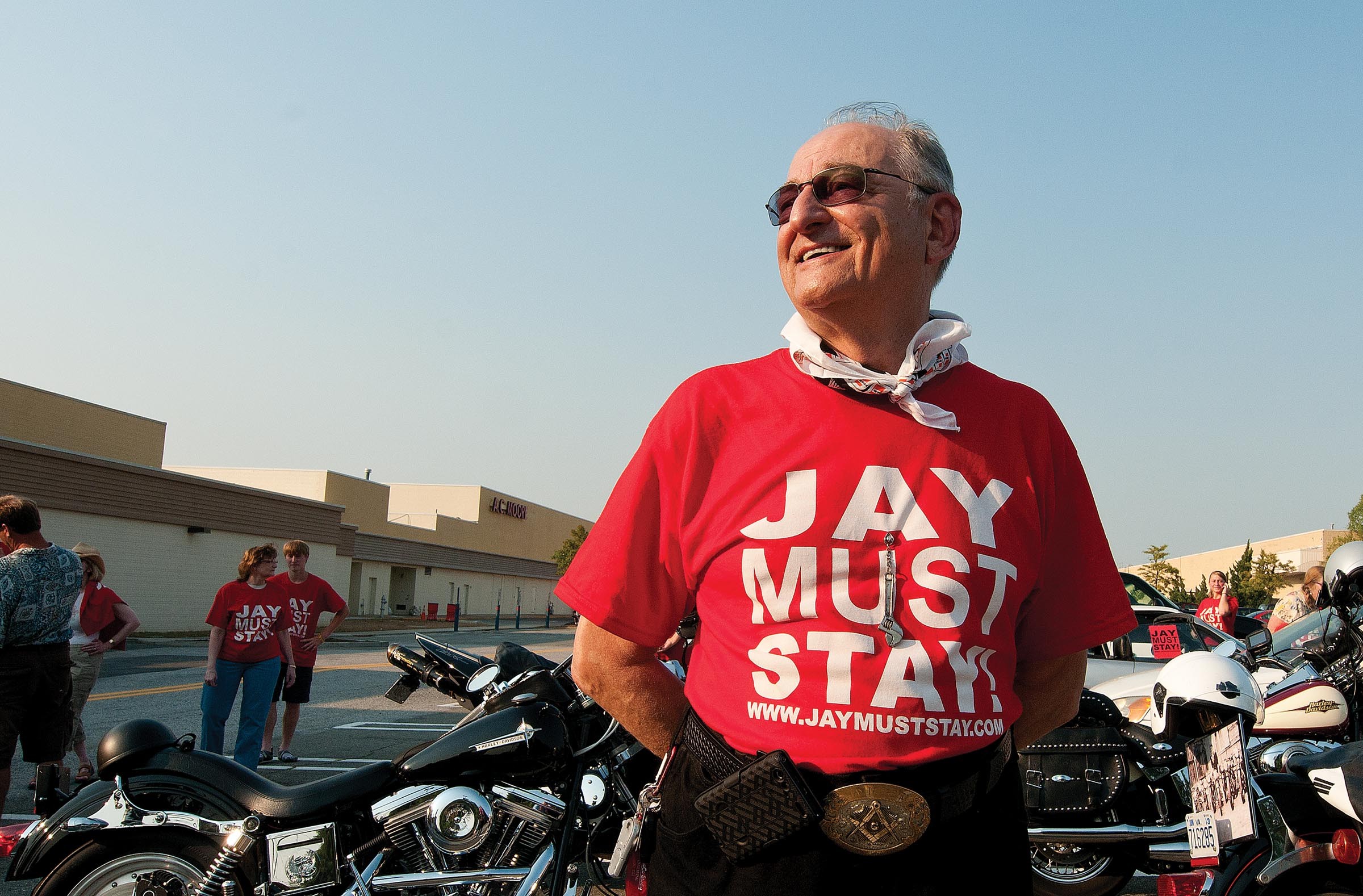 Since his controversial ouster from the Virginia Holocaust Museum four months ago, Jay Ipson has taken his cowboy hat to Washington.

The museum's board of directors confirmed its decision to boot the museum's co-founder and former executive director July 27. A beloved and outspoken figure, Ipson was locked in conflict with Marcus Weinstein, the museum's board chair and biggest donor. In the end, Ipson was stripped of his offices and his ongoing involvement with the museum.

Since then, the 77-year-old Holocaust survivor hasn't been resting. "No, no," he says. "That's not my nature."

Ipson has turned his energy to trying to get Congress to pass a bill known as the Holocaust Insurance Accountability Act. It would allow Holocaust survivors to take insurance companies to court for claims long denied. It's a pressing issue, Ipson says, because of the 160,000 survivors left, half living at or below the poverty level.

The office of recently re-elected U.S. Rep. Eric Cantor is assisting with the effort, Ipson says, and Vice President Joe Biden has assembled a committee to research the matter. "I feel much better about it than I did a few months ago," Ipson says.

Ipson also was recently appointed by Gov. Bob McDonnell to serve on the Virginia Israel Advisory Board, which is charged with bringing Israeli businesses to Virginia — such as hummus manufacturer Sabra Dipping Co., which opened a plant in Colonial Heights in 2010 — and vice versa.

As for the museum, Ipson says he's been back twice since the fight with the board: once for a bar mitzvah two weeks ago and once to give a personal guided tour to a group including longtime friend Morton Thalhimer Jr.

"They treat me like anybody else," Ipson says. "Like any visitor. I don't ask for anything more or less. I just come in the front door like everyone else does. They changed the locks. I don't have a key."

In the museum's November newsletter, new Executive Director Simon Sibelman alludes generally to Ipson's departure, writing that a "new generation of Museum staffers" is taking up the mission. "Over the past several months, far too many unfounded rumors have circulated, tales that do not merit being retold here," Sibelman writes. "What I can relate is how our work continues unabated."

Attendance was up at the museum during the summer, Sibelman says in the newsletter, with 25 percent to 30 percent more visitors than in 2011. Planning continues for a new, permanent gallery that focuses on other global genocides. And next year the museum will launch "Deadly Medicine," an exhibit about the atrocities committed by Nazis in the name of medical science.