Mike Hughes, who joined The Martin Agency as a copywriter in 1978, served as the company's creative chief for 28 years.

Hughes is acclaimed in the business. In March 2010 he became the 47th person to be inducted into the One Club's Creative Hall of Fame, a prestigious honor in the industry. And in October Virginia Commonwealth University christened its Brandcenter building as Mike Hughes Hall, where he's served as chairman since 1992.

Hughes has been The Martin Agency's vividly beating creative heart. But it was another organ that tried to mess with things. Diagnosed with lung cancer 13 years ago, Hughes started thinking hard about his future.

"I had to figure out a successor for myself," he says. "And that time I thought I had just a few years to figure that out. ... It ended up — thank goodness I was alive to do it — it ended up taking 11 years to find the person that I thought was right."

A headhunter pointed him in Norman's direction. He first met the designer at a restaurant in New York.

"I worried that he was — he came across younger," Hughes says, "and he comes across as so hip and contemporary." But once the two started talking, he saw inside the packaging. "Inside that art-director-designer-type, sleeves outside his jacket, there was a real beating heart," Hughes says.

"Nobody cares about the work product that our agency puts out more than I do," Hughes says, "but the fire that I have isn't as visible." Norman had it and Martin could use it. "We were growing so much, and I worried — maturity can be a cap in this business. And I didn't want to get too settled and mature."

Norman had something else Martin could use: an elevated design sensibility. There was his HP Picture Book campaign, featuring a commercial with the Kinks song, in which a man sits at his desk holding up one empty picture frame after another. What fill the frames become still images, which float across the screen like falling leaves.

Then there was the masterpiece for Coca-Cola, a Happiness Factory ad that aired during the Super Bowl in 2007. It emerged, in part, from Norman's imagination while he worked at Wieden + Kennedy. The premise: What goes on inside a vending machine before the Coke comes out of there?

"And let your imagination run wild like a little kid," Norman says. The important thing is to stay with one, solid insight all the way through, he says. "And then all that creative — whatever you throw at it — had to pay off, had to have a meaning."

The result was a flight-of-fancy animation featuring snow-covered scenes that chilled the soda, fuzz balls that French kiss, then start lip smacking the bottle to create effervescence, a gold-toothed critter being catapulted across the screen to put a cap on top. Fireworks-filled parades leading the drink to the exit. No words necessary.

The multiple award-winning ad, part of the Coke Side of Life campaign, is widely regarded as a global success, and more importantly, helped the beverage company's bottom line.

And now Norman is here to help Comcast, and Mentos, and Living Social, and Wal-Mart ... and The Martin Agency.

"I think he's probably exactly the right tonic for that place right now," says Kelly O'Keefe, a professor and former managing director of the VCU Brandcenter, who's been part of the Richmond ad industry for decades.

In the creative business, O'Keefe says, "you're always trying to push a little bit of chaos into a world that might get a little too predictable." In working with creatives, he says, "you have to push them beyond what they thought they were capable of."

"I think he's relatable and fair, but he has a strong point of view," says Group Creative Director Keith Cartwright, who was brought on board by Norman. "There's confidence in his direction because he's done it. For me, I've worked for people who are insecure, and you feel it. It's something very refreshing working for a guy who's already made his name, and he's trying to help you. And there's no ulterior motive."

The Martin Agency is trying to push itself too, Adams says — making sure digital is done right, smartly unified with other forms of communication; expanding the definition of advertising into creating other kinds of content; and continuing to grow. Martin also hopes to open a handful of offices outside of the United States during the next few years, to reflect the needs of clients.

And both Hughes and Adams are relying on Norman to take the agency beyond its traditional strengths of words and concepts. They're already seeing different approaches. Instead of layouts and copy for ads, Adams says, Norman goes into meetings presenting shapes, colors and forms. 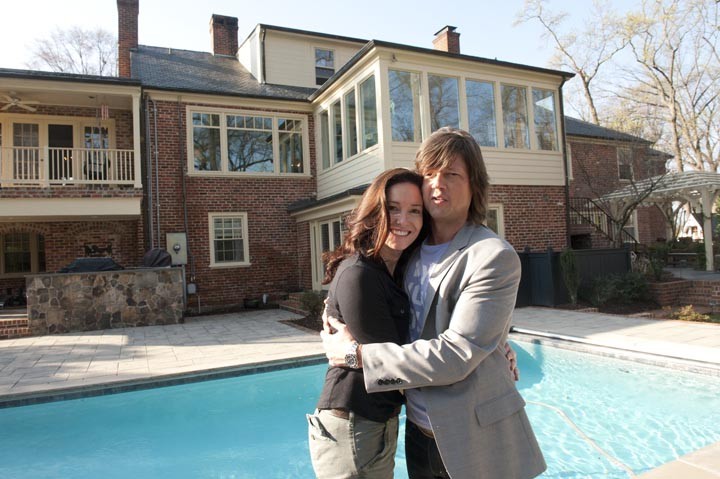 And Hughes hopes to bolster both pop-culture success and industry accolades with Norman leading the creatives. "I have been thrilled and amazed at how quickly he has ratcheted up the contemporariness of our work since he's been here," he says.

The physical signs of change are here too. Norman offers a tour of a 30,000-square-foot renovation, spearheaded by Norman and grounded in his preference that the team work in an open floor plan: a living, work and social space.

White magnetic boards are walls, pinned with work that invites comment and suggestions. "It becomes like a living, breathing canvas," Norman says. "So that it's like an organic painting really. The work's always changing, you know?" S