It was a revelation explained simply. Through the years, the picture filled in.

His mother had given birth to him, John Eisenberg, in that psychiatric hospital room. She was physically unable to care for her son, and his father wasn't involved. So the courts placed him, at age 2, with his maternal grandmother. Her husband wasn't in the picture either, so it was just the two of them, John and his grandmother — a fan of bingo, catfishing and square-dancing, the daughter of a town doctor, one of eight children, a stoic, independent woman. 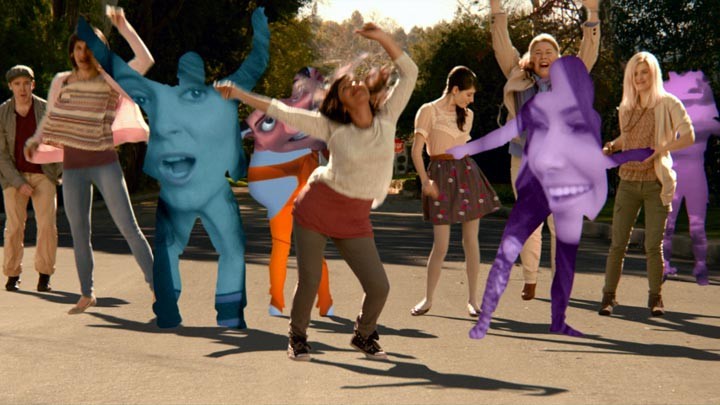 Norman's wife, Deirdre, imagines him in that quiet house among the meager Dallas suburbs of South Oak Cliff, drawing pictures and obsessing over comic books. "I think sometimes that the most creative people have the least amount of available visual stimulation," she says. "Your imagination has to do a lot of work to keep yourself entertained."

Norman is certain his creative side was boosted by his living situation, his mind's eye wandering the flat, sprawling landscape surrounding him. "There's nothing really there," he says. "So your imagination is really wide open."

While he created worlds, people helped to shape his. In addition to his grandmother, there were the art teachers who inspired him. The great-uncle he moved in with when his grandmother faced health issues. The family that took him in while he finished high school, led by Ralph "Bubba" Norman. And Phil Bailey, his high-school basketball coach.

Basketball? "I was 6-6 then," he jokes. ("He has a ridiculous outside shot," his wife confirms.) He was a star of Cedar Hill High School and an all-state player. And it was during these high-school years in the early '80s, taking the court as a Longhorn, when it sunk in that he was learning about more than sport. In Bubba Norman, whose family he lived with, and who had been his Pee Wee basketball coach, the young man named John Eisenberg had connected with a father figure.

Bubba was here; his biological father wasn't. "So why am I walking around with that guy's name?" he asked himself, says his wife. That's when John dropped Eisenberg and took the last name Norman. A symbol, a tribute, a piece of identity drawn in.

Who are you and what are you doing here?

A basketball scholarship helped Norman into Navarro Junior College, but it didn't take him through. He dropped the sport, lost the scholarship and headed for what is now Texas A&M University-Commerce, refocusing on his early passion. "I'm probably as dysfunctional as everyone else about stuff," Norman says. "I would be obsessed by something, I'd get into it. And I just threw myself into art and design."

It didn't hurt that he landed in a design class taught by Rob Lawton, who went on to found the esteemed design school Creative Circus in Atlanta. "He pulled out that I could draw better than I ever thought I could draw," Norman says. "And the biggest thing was that I could be conceptual, and I could actually think, and put together things that didn't go together."

He realized design was "a weapon that transcends everything," he says. "Everything you see and touch and feel is designed. And it just depends on how obsessive you want to be about it."

Just out of college, he was chosen as one of 18 young people by Champion Paper for a two-week national design seminar in Pittsburgh. It was the first time he saw a computer make something — "and it blew my mind," he says. Until then, even for a time after, he carefully cut type by hand, painstakingly crafting arresting images.

He got a job with the Richards Group in Dallas, where he met his future wife, a public-relations wordsmith who was asked to go help Norman's design for the company Christmas card make more sense to the abstract-challenged. First impressions? "I thought he wore weird clothes, and had weird glasses, and weird hair," she says.

They went their separate ways when she headed to Washington, and he got a call from Nike Design.

It wasn't where he expected his art career to lead. "I would never have done advertising at the time," he says. "I was very much a design snob." He ended up spending four and a half years at the place, creating posters in honor of basketball's 100 years. He helped design a Nike complex in Tokyo. More doors opened.

Here's where the animated dotted lines come in, zooming across an illustrated globe: to Amsterdam, for Wieden + Kennedy, with former Martin Agency standout Jelly Helm; to Italy, for work on Benetton; to Dallas, as he started his own business; to San Francisco, as group creative director at Goodby, Silverstein & Partners; and back to Amsterdam, with Wieden again.

The dotted line was about to lead to Richmond.