"That was a fun day," Norman says. He laughs, recounting what his wife asked him upon hearing of the agency's big Adweek accolade: "Well," she said, "what do they need you for?"

Just who is this shiny third wheel, and what is he doing here? 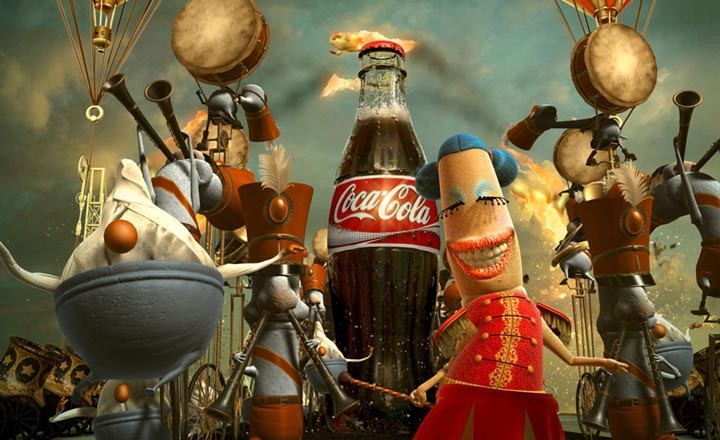 He is a bridge to "that next generation of management," Hughes says. The Martin Agency is on "a wonderful and exciting new path," Adams says.

To boil it down to a cliché, Norman marks the beginning of an era.

And as he notes during a meeting with his creative directors, referring to famed designer Saul Bass, clichés "are meant to be reworked and regurgitated till they don't become clichés anymore."

So bring on the guy from Texas. Bring on the melding of form and function, the converging of technology and teamwork, the big-picture conceptualizing and French-kissing fuzz balls and chewing-gum sculptures. Let the reworking and regurgitating begin.

Hey, the world ain't slowing down for no one.

Norman is 44 and stands 5-foot-10 (shoes on), with youthful shocks of statement-making hair that Justin Bieber might envy in 30 years. He's a clotheshorse with an immaculate closet and a penchant for black, with a ring on his right thumb and a silver braided bracelet around his wrist. He's no stranger to airports, where he's experienced his share of being mistaken for Jon Bon Jovi — or is he more Keith Urbanesque? He's the husband of an effervescent former public-relations professional and the father of four children, ages 9 to 16. "I validate all my work with my kids," he says.

(Note: brand opportunities. Is there a social media tie-in here for an airline paired with Norwegian Cruise Line — a "You Be the Rock Star" trip contest on YouTube, perhaps? A "cool dad" Father's Day promotion where Bon Jovi makes surprise Pizza Hut deliveries to Twitter winners? Can a QR code be incorporated creatively? Let's chat.)

Back in his second-floor office at 1 Shockoe Plaza, it's a Thursday in March, a day after Norman took a last-minute trip to New York, where he met with executives at Wal-Mart. This client is, to put it mildly, a Very Important Account.

The Martin Agency, whose parent company is Interpublic Group, won Wal-Mart in 2007. And what happens when you get a slice of Sam Walton's pie? You say thank you, grab a fork and promptly proceed to fatten up.

Last year Forbes ranked Wal-Mart as the world's largest corporation with revenues of $408.21 billion. When Martin first grabbed the account, Adweek reported Wal-Mart's ad spending at $580 million, estimating that it triggered 130 new hires. While The Martin Agency doesn't release financials, it puts things thusly: Wal-Mart pushed the agency into its biggest year on record — until the following year, that is, and the year after that.

Yup, things seem to be going well on the ledger. Martin employs about 630 people. During this recession the agency has experienced its three most financially successful years, adding such heavyweight accounts as Pizza Hut, Morgan Stanley and Comcast. According to an estimate by Ad Age, in 2009 Martin earned $112 million in revenue, ranking it as the fastest-growing agency in the country — up 24.4 percent from the previous year.

With Norman's return from New York, Martin has sold a new campaign to the retailer, which is struggling with declining U.S. sales and dire headlines. Norman slides behind his MacBook Pro to play some of the new television spots the agency has produced for the company. The ads flip the attention back to lower prices — something that Wal-Mart wants to return after a flubbed strategy that changed the look of stores and commingled discount stuff with higher-priced merchandise, an attempt to become more fashionable, and blunt at Target's edge.

But the creative solution isn't just to highlight inexpensive stuff. This is stuff that helps you live better! These commercials illustrate modern family situations, and the pitch goes down easy with warm humor.