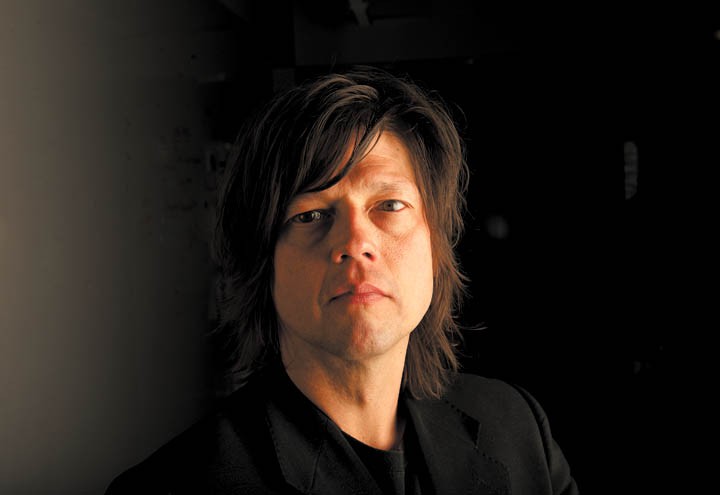 IF LIFE IS ABOUT FIGURING OUT who you are and what you're doing here, John Norman was given fewer clues than most.

His first day offered him a clean, white page in a big, flat city. He was born in Terrell, Texas, squinting into the light of a psychiatric hospital room. Surely and slowly, his story unfolded before his young eyes. His mother wasn't his mother. His father wasn't his father. And John Norman wasn't even John Norman.

Considering what we know now, perhaps it makes perfect sense that Norman's life has led to this: a devotion to filling clean, white pages with unexpected beauty, seeing the simple insight in complicated stories, and asking again and again: Who are you and what are you doing here?

But more on that later. First a word from his sponsors: Nike. Coke. Benetton. Wal-Mart. Speed Racer. A man named Bubba.

Fade in on: Present-day. Exterior, close-up on a black leather sole hitting a cobblestone street. Pan up to reveal slick, brick headquarters of an advertising agency in a midsized Southern city. A cluster of motorcycles against an outside wall. We make out the words: The Martin Agency. Faint sound of a train on a nearby track. You can almost smell the beans roasting from the coffee shop next door.

Cut to: Small interior office, with glass walls, modern furniture, artistic touches. Orderly shelves holding books and tidy memories. The camera pauses on an uncluttered desk, where light glints off a gold-labeled bottle of Louis Roederer Cristal Champagne — a thank-you from the executives at Comcast.

And we meet: John Norman. He's the new chief creative officer of The Martin Agency, perhaps its most significant hire in more than three decades. He's a right-brained, espresso-loving dynamo, a visual storyteller who helps companies sell things. He's traveled the world and probably could be anywhere. After all, there was that meeting with Steve Jobs at Apple. The offers in Chicago, San Francisco, New York. ...

But he's here, in Richmond, where he moved from Amsterdam in the Netherlands to take this job 16 months ago. He's landed in a place where espresso comes paired with "y'all," where the bluest social circles are measured in rings on a family tree, where even if he doesn't exactly know why, people will find it mentionable that he lives in a house once owned by someone named Gottwald.

When Norman shows up at The Martin Agency in January 2010, it's the ending of what amounts to an 11-year search for just the right candidate. The interview process was conducted in secret. Under cover of night, Norman wandered the agency's hallways with Mike Hughes. More importantly, he lingered in the minds of his future partners for months.

Was he too much of an outsider? Too young? Too cool?

In a business driven by yes, the answers were no, no and no. Things clicked. Norman became the first person at The Martin Agency to be given the title of managing partner in nearly a decade. The two other managing partners — Hughes, the president, whose title of chief creative officer Norman has assumed, and John B. Adams, the agency's chairman and chief executive — have worked together since 1978, when they forged a 33-year-and-counting bond.

But this isn't a place to revel in titles and power structure. The Martin Agency is a place for team-bonding outings, brainstorming sessions, lots of coffee, hip creative veterans wearing black, enthusiastic up-and-comers and cool kids in hipster hats. This is a nice agency. And even Norman must share the spotlight on his first day. Because this is when employees will learn that Adweek has declared Martin as its U.S. agency of the year.