After Senate Run, "Iceberg Slim" Returns to the Ring 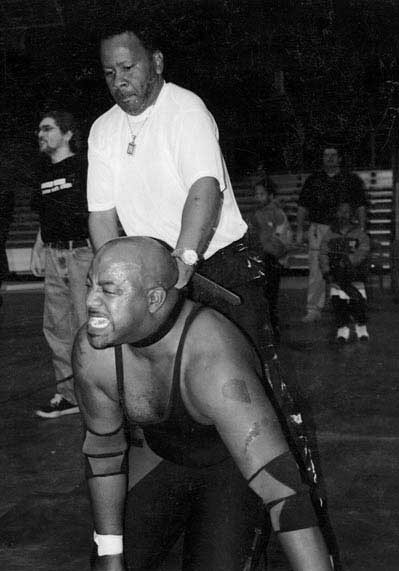 Iceberg Slim is back. Rather, Preston T. Brown — radio host, entrepreneur and defeated candidate for state Senate — has returned to professional wrestling.

After a five-year hiatus from the squared circle, Brown, 57, made his Ground Xero Wrestling, known as GXW, debut in December at the Richmond-based wrestling federation's monthly bout in Fort Lee.

"I stepped away because I was writing a book and singing," Brown says — "I just couldn't fulfill all my obligations." Now, despite working as host of a local radio show and managing his various businesses, Brown says he has the time to devote to the character. Plus, he adds, "I just missed the crowd."

Brown can't say what the future holds for Iceberg Slim, other than that the character could take on a Vince McMahon-like role as GXW's cantankerous general manager. But he isn't ruling out getting in the ring to grapple with other wrestlers, either. "I've told them that if Iceberg Slim doesn't like what he sees in the ring, he's going to jump in," Brown says. "Chairs could start flying."

To commemorate his return, Brown will sell a DVD that chronicles his more notable matches. Scheduling information is available on the group's Facebook page or at 356-0583.