After Mayoral Reprimand, Tyler Hits Back 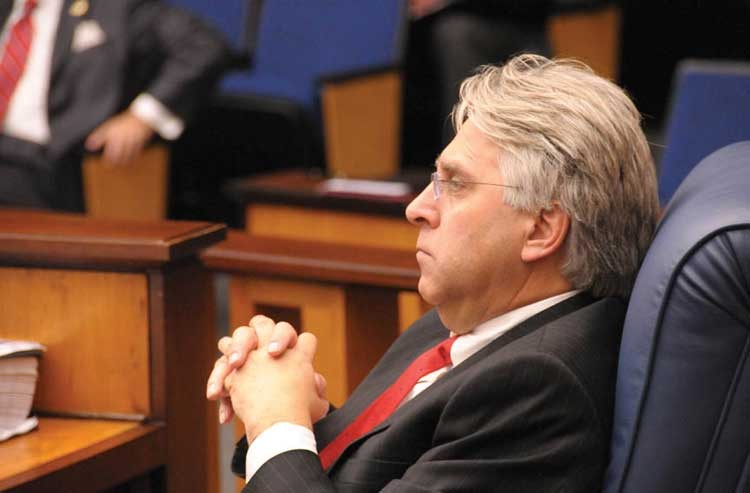 The tiff between Mayor Dwight Jones and City Councilman Bruce Tyler enters stage three: After being chastised by Jones for accusing a city official of "lying," Tyler offers something akin to proof.

During a mid-January meeting of the Health, Human Services and Education Committee, Tyler said Doris Moseley, director of the Department of Social Services, wasn't telling the whole truth regarding payments to local day-care centers. Tyler and others say the city has been tardy in distributing state funds to city child-care providers that offer services to needy children, putting at least one in jeopardy of closing. Moseley refutes those claims. Mayor Jones asked Tyler to apologize.

Last week, however, Tyler presented evidence that per-client payments to the Capital ChildCare center in some cases were received as much as three months after a child began receiving services. With the tardiness of the payments, the center may be in danger of closing, say sources familiar with the situation.

The problem is the billing process. Providers such as Capital don't get paid for caring for needy children by the Department of Social Services until a purchase order is returned with an invoice billing the city. There are various reasons why a payment might be delayed, city officials say. For example, an invoice might be filled out incorrectly.

But the city hasn't always been so prompt creating those purchase orders. Tyler says he compared information from the Capital ChildCare to payment information from the city. In multiple cases, a process that should have taken no longer than 30 days took 90 days, he says.

Of 263 clients — or children — served by Capital ChildCare from 2009 to January 2012, 41 percent of those had purchase orders that were created more than 30 days after children were admitted to Capital ChildCare. In one case, it took the city 115 days from the time the child arrived at the center to when social services created and submitted a purchase order. According to city documents, in 38 cases purchase orders were considered "late" or 60 days after services began.

The reason behind the delays? Sources say that social services case workers were asking day-care providers to take in children whom the department had yet to clear as eligible for state funding.

"The case workers were prevailing on the center to take these children," Tyler says. "Everyone was trying to do the right thing, but it created some harm."

The result for Capital ChildCare was a backlog of thousands of dollars in payments, says Tyler, who promises to continue to raising questions about the billing process as long as "there are questions that need to be answered."