After-Dinner Mint: The Mealy Politics of 11% 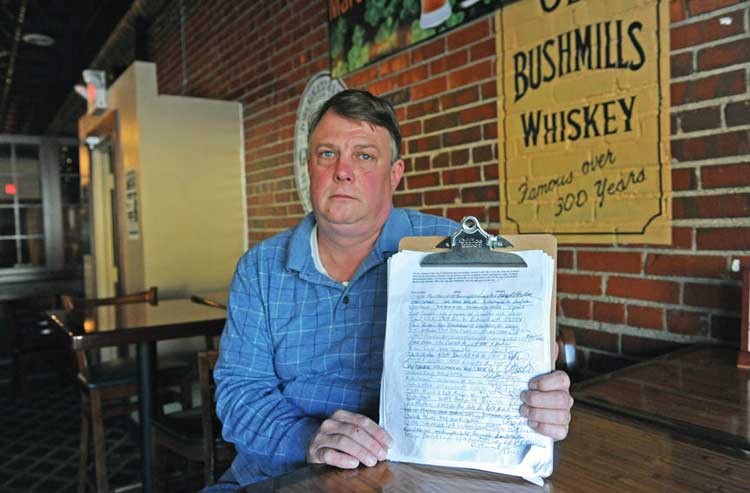 As a construction contractor, business had all but dried up. And Hugh Mosher just couldn't take it anymore. Sitting at the bar at O'Toole's Restaurant & Pub off Forest Hill Avenue, he kept thinking about that damn 11-percent tax on prepared food.

"I had no work and I got pissed off," Mosher says. "I'm tired of being pounded."

So Mosher got off his duff and did something about it. He asked the restaurant manager to post a petition to repeal the prepared-food tax — by at least 1 percentage point, the amount the tax was increased in 2003 to help pay for the performing arts center downtown. He printed up dozens of sheets and started working the city's restaurant districts — in Carytown, Church Hill, Shockoe Bottom, North Side.

The prepared meals tax isn't likely to go away anytime soon. Mayor Dwight Jones doesn't support the repeal. And with city schools facing a $23 million shortfall, the city can't afford to forgo the revenue — $21.7 million in the last fiscal year.

But it's an election year, and Mosher may be onto something. He plans to bring his petition, at 1,200 signatures and growing, to the City Council meeting Feb. 27.

Councilman Chris Hilbert says he looked into finding a new tax to replace the meals tax but soon realized that the General Assembly must grant the city the right to institute a new tax. He plans to push for a tax on prepackaged soda in council's legislative agenda for next year.

"I'd like to remove this tax as much as anybody," Hilbert says, "but we cannot give up the revenue."

Still, the pressure is building. Mosher says he isn't calling for a repeal of the 6 percent, just the 1-percentage-point increase. The city would have to replace about $3.6 million.

The 1 percentage point tax increase was supposed to end after the city made its last payment to the arts center in October 2004. City Council should make good on that promise, says Raul Cantu, president of the Carytown Merchants' Association and owner of Nacho Mama's on West Cary Street. "A lot of things are unrealistic and then we make it happen," Cantu says. "At least, I hope so."