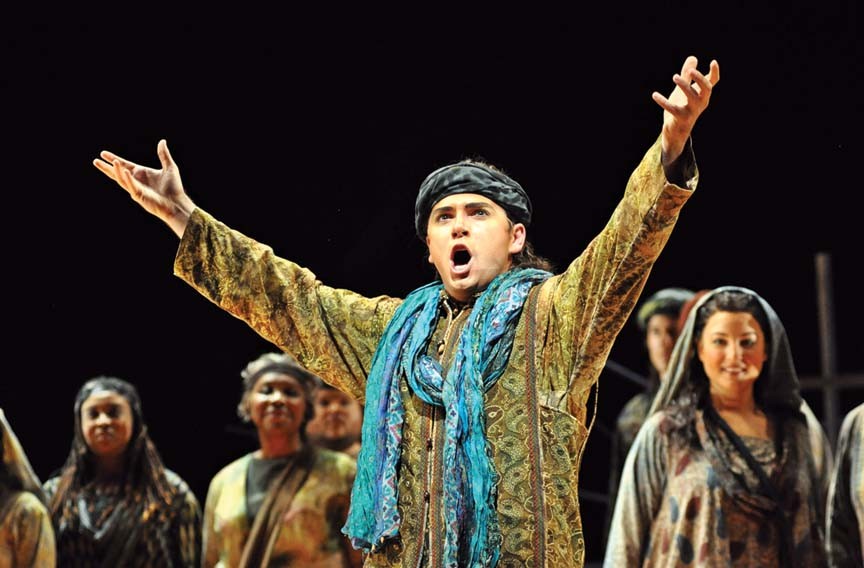 After a steep drop in season ticket holders and a $1.8 million loss, the Virginia Opera is attempting to regain its footing.

“We’ve actually been in trouble for a long time,” says Russell P. Allen, the company’s president and chief executive, dismissing speculation that the opera could be going under. “I’ve heard those rumors too, but we’re still here.”

It won’t be easy. Allen says the company is making efforts to consolidate, mounting fewer modern productions, eliminating some staff positions and instituting furloughs. Virginia Opera also is dropping Saturday night performances in Norfolk from all of its shows next season.

The opera has made a profit only one year since fiscal 2009, financial filings show — a meager profit of $33,510 in fiscal 2010. Most seasons post a loss of more than half a million dollars. But the year ending May 31, 2012, was one of the worst. The company ate through its reserves and posted a net negative balance of $1.5 million. Allen says the Virginia Opera had to borrow more than $1 million from its foundation to balance the books last year.

The opera was hit by a one-two punch of the recession and its acrimonious split with founding artistic director Peter Mark.

Citing violations of his employment agreement, the opera fired Mark in 2010, igniting a firestorm of protest from Virginia’s opera-going community. Mark founded a new company, Lyric Opera Virginia, which led to a large drop in season ticket sales at Virginia Opera. Though some contributed and subscribed to both companies, Allen says many jumped ship for Mark’s new venture.

But Lyric had trouble paying the bills for its inaugural 2011-’12 season. A year later, Allen made an offer to the fledgling company to take over two of its three shows and honor Lyric’s season ticket holders. In conjunction with repairing its relationship with Mark and naming him artistic director emeritus, Allen says, the Virginia Opera is beginning to lure back season subscribers.

For now, the company isn’t planning layoffs, Allen says. The opera has 25 year-round employees and brings on 20 part-time workers during the season. Following the reconciliation with Mark, Allen says, the company saw an 18-percent jump in season subscriptions, and expects a double-digit increase next year.

“Last year, I think, was sort of the bottom of the barrel,” Allen says. “I think we’re all through that. I think the economy is on the upswing. I think our financial future looks brighter than the last five years.”