After Aurora, Questions Mount: Where Is God? 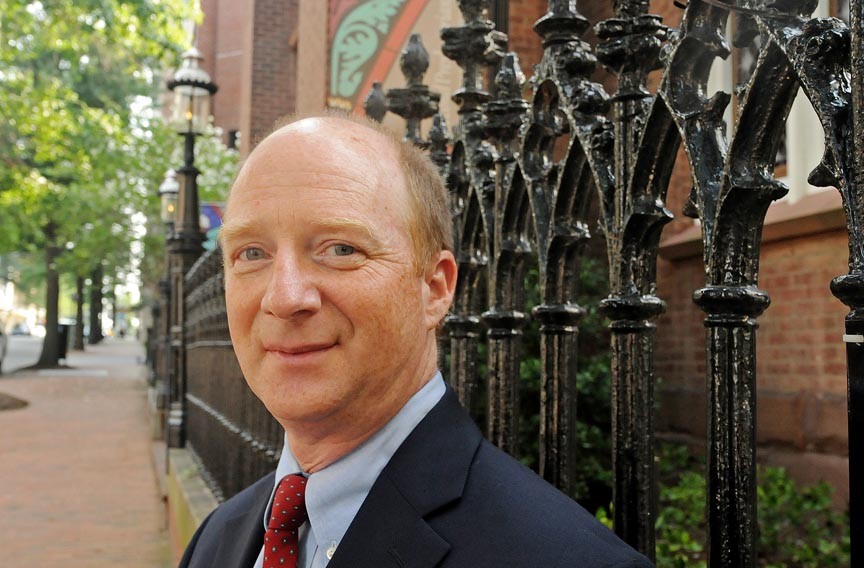 As memorials and legal maneuvering followed the July 20 shootings in Aurora, Colo., Style Weekly spoke with Alec Evans, pastor of Second Presbyterian Church downtown. He was minister of Blacksburg Presbyterian Church and chaplain of that town's police force in April 2007 when 32 students were killed and 17 wounded at Virginia Tech. Evans has since established the Law Enforcement Assistance Program, a nonprofit group that ministers to police officers who have experienced violent incidents.

Style: What is causing this violence?

Evans: The world is looking at us and asking: What's wrong with America? There is much to celebrate but these shameful acts of violence are occurring too frequently. And the list is growing — Aurora, Tucson, Virginia Tech, Columbine. Who is plotting some violent evil now and where is it going to happen next?

I'm not against guns. That's a viable right under the Constitution. I grew up hunting, but an automatic weapon that can shoot 100 rounds in a movie theater? That's insane. That's too much mayhem being carried out by one person.

Why is the world so violent? We are saturated with guns and seemingly unstable people. We live with a growing fear that we're not safe. But the real questions are: How long are we going to allow this? And when are we going to find a way more civil and safe? And it begs another question: Where is God?

How do you minister to police who have experienced trauma from violence?

Unfortunately, this is a normal part of their job. Many of them have the jobs they have due to proliferating gun violence. They must cope with the trauma of experiencing critical accidents — killings, car crashes or the death of their partners. …

This past June at Ferrum College we held the fourth annual Law Enforcement Assistance Program seminar. Thirty sworn officers from across the state participated. There were lectures on trauma and small group discussions that provided mutual support and therapy to help participants heal the vocational, psychological and spiritual scars they carry.

Should we grieve or be hopeful?

We have hope. We don't ever disavow the possibilities of life. But this is a world of sadness. Sadness is a real emotion. Sadness is all through the Bible. I once heard a lecture by Elie Wiesel (an author, Holocaust survivor and Nobel laureate), and he was asked whom he thought is the saddest Biblical figure — Moses, Job, Jesus?

Wiesel's response was that the saddest person is God, who sees the world working in destructive ways. These violent things that happen have got to make God cry. And that warrants our sadness. But it also warrants our actions about life, not death. We should be about possibilities, not fear.