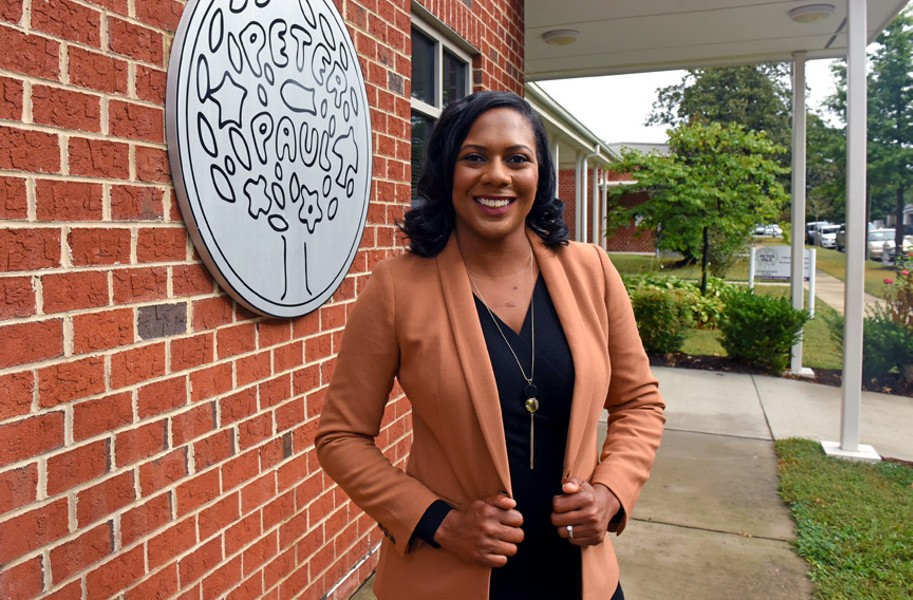 Having worked at Cornell University and on Capitol Hill — and currently with East End Richmond families — Adrienne Cole Johnson has proven her ability to connect with people of different statuses. “I feel like I’ve had several lives,” she says.

Johnson, who lives with husband Joshua and 5-year-old daughter Naomi in Chesterfield County, not far from her childhood neighborhood in the city’s South Side, has found a spiritual home in the city’s East End, where she’s worked for four years.

“We need to let folks know we care about them,” Johnson says. “It can’t just be business as usual anymore.”

In both roles, Johnson says she wants to “tap into” the talents, abilities and skills of people whose voices aren’t often heard in the community.

“I believe in giving my all,” she says, describing herself as a “compassionate catalyst for change, creativity and community.”