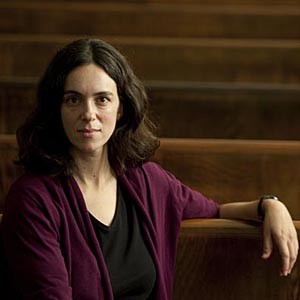 For a peace activist, it might be a letdown moving to laid-back Richmond from supercharged Cambridge, Mass. But when Adria Scharf made the transition five years ago, she says it was a positive move that exceeded her expectations.

The executive director of the nonprofit Richmond Peace Education Center, which works to raise awareness of peace and justice issues, likes the level of local community involvement. And she's found plenty of support for her causes.

But what she seems to do well is funnel and fuel that support to its best advantage, growing the center in the process. She's more than doubled the organization's budget, collaborated with a variety of local groups and expanded its programs, her nominators say.

The nonprofit's programs strike at tough issues. In one recent event, the center placed combat boots from troops in Iraq and Afghanistan in an exhibit. Its Richmond Youth Peace Project teaches conflict resolution, and the center works closely with the Richmond Public Schools to cut across race lines and “encourage social change,” she says.

Scharf came from an academic background. Her father was a professor, and she's studied and worked on both coasts. She spent seven years in Boston where she co-edited a publication that analyzed economic issues from a progressive point of view. She idealizes a world where “human needs are met” and “there are no huge disparities” in income.

She came to Richmond in 2005 when her husband took a job at the Jepson School of Leadership Studies at the University of Richmond. For fun she takes her 3-year-old daughter for walks in Byrd Park and enjoys exploring local farmers markets. Richmond, she says, has diversity to keep things interesting.