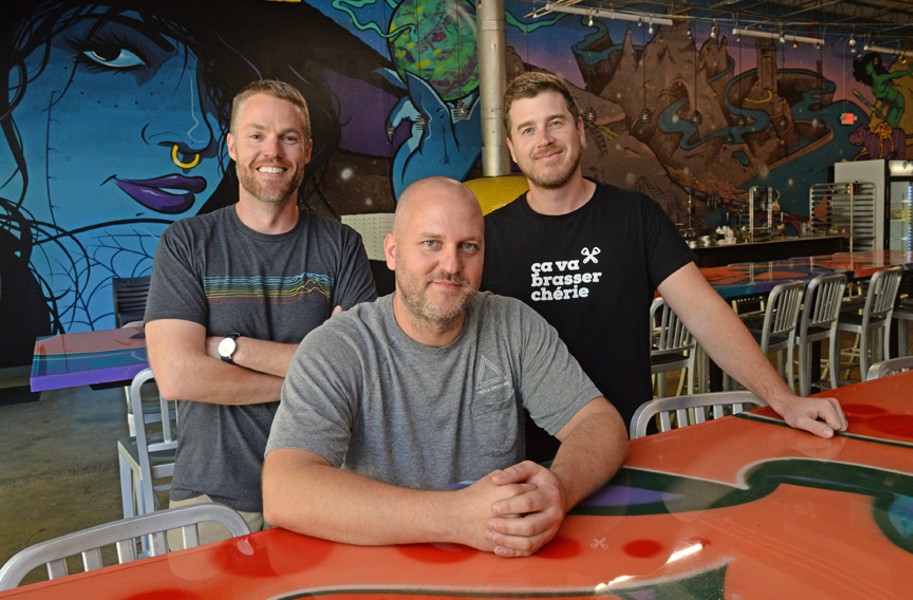 It's hard to remember a time when the beer selection in Richmond didn't include a couple dozen variations of an India pale ate. But just a few short years ago those hop-forward brews were harder to track down, only available in bottle shops and at select bars.

Jeremy Wirtes, Adam Worcester and Scott Jones bonded over their love for both the product and the craft, and Richmond was home to only a handful of breweries in 2012 when they first tossed around the idea of starting their own. Craft beer was clearly on its way, but they had no idea what they were about to embark on, or what the scene would look like a few short years later.

All three participate in the brewing and tasting process, but Wirtes tends to be the creative mastermind behind what they make. Worcester, the manager of finances, orders and deadlines, who always followed the directions on the Legos box, says Wirtes is more of a "free-form Legos builder," who brings the ingenuity and artistry to the craft. Jones, a natural entrepreneur who used to scheme with his brother to make money in the neighborhood, says he always knew he wanted to start a business.

From the beginning, they agreed that they would focus on the types of brews that they enjoy and believe will be successful, without necessarily using the popular core-and-seasonal model or following the ever-evolving trends in the beer scene. They also strive to be actively engaged in the community, often working with organizations in town and donating beer and merchandise for charitable events.

"We do everything we can to be a steward and a leader," Jones says. "We want to put our money back where the people are supporting us."

The guys say they chose both Foushee and Fulton intentionally, in an effort to help underdeveloped parts of the city grow and flourish. They love knowing that their business helped put Richmond on the map as a beer destination, and Jones says it really hit him when he came across a real estate listing for nearby row houses and saw "two blocks from Triple Crossing" as a selling point.

"We're now seen as an accommodation and a benefit to the community," he says. "We've chosen two locales that weren't necessarily as up-and-coming as other parts of the city, hoping we could be a benefit to. But it's very humbling to see where it's come and how fast it's happened."