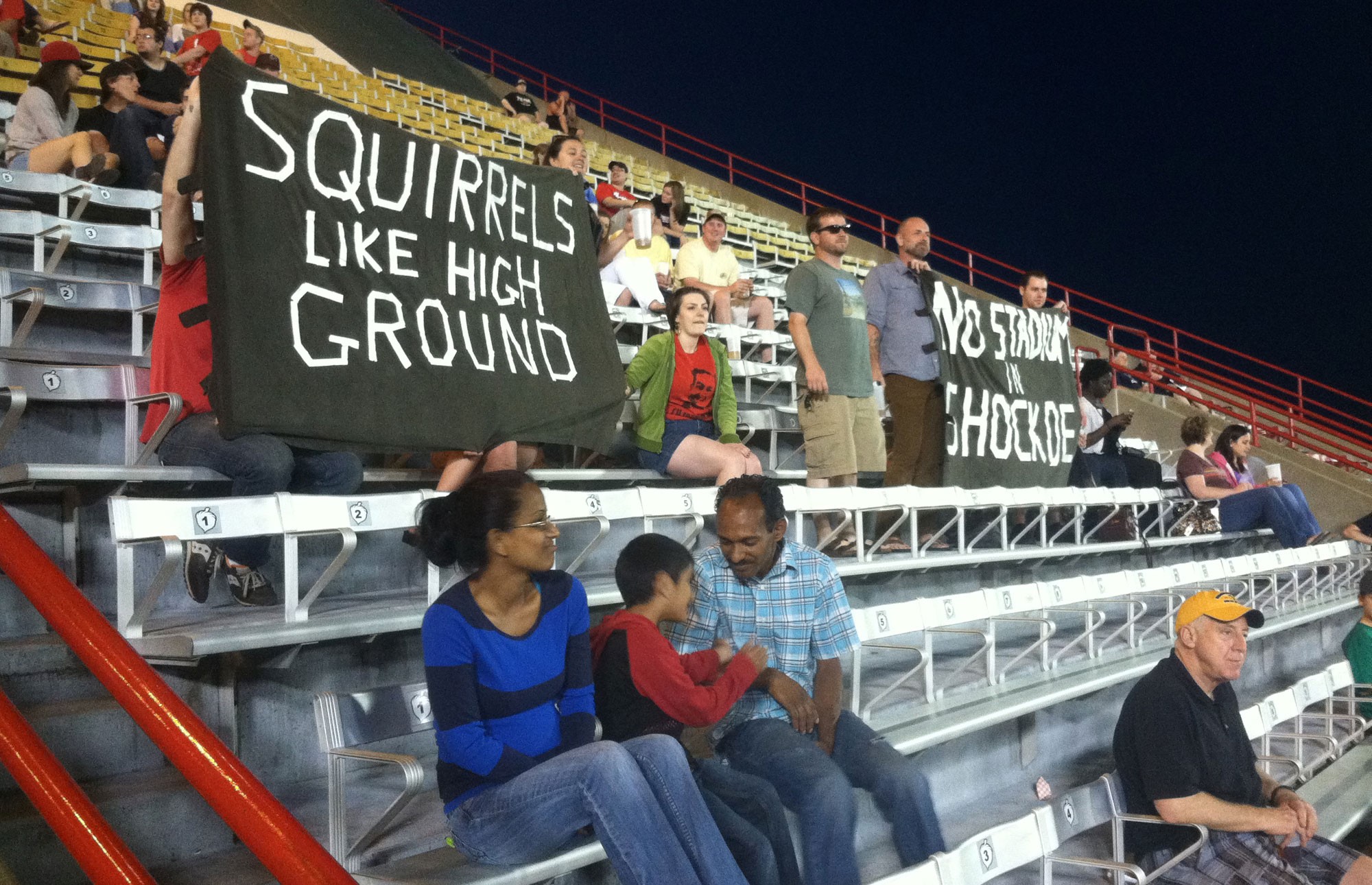 A group of activists recently filed into The Diamond, climbed up to the general admission seats along left field and unfurled two banners. "Squirrels like high ground," one proclaimed. Next to it: "No stadium in Shockoe."

The city hasn't formally unveiled a plan to build a ballpark in Shockoe Bottom, but it's no secret that one's expected. So the activists behind the banners, Collective X, say they thought they'd take their message directly to the people most likely to attend baseball games at the new stadium.

The reaction at the Richmond Flying Squirrels' game late last month was positive, they say.

"We talked to a lot of staff and a lot of people who worked there, and they were in agreement that they wanted the stadium where it is on Boulevard," says Whitney Whiting, a member of the collective, which most recently was behind a campaign in December to donate a pair of socks to every inmate in the city jail.

Proposals to build a stadium in Shockoe Bottom have drawn scrutiny for years. First, opponents say it would disrupt or destroy a historical area significant for once being the epicenter of the slave trade in Richmond. Second, they say it's just impractical when you consider traffic and parking concerns. One other thing, Whiting asks: "Isn't it a flood zone?"

Ana Edwards says her organization, the Defenders for Freedom, Justice and Equality, has been opposed to the idea of a ballpark in the Bottom since 2004. She says she's heartened that other activists have taken up the cause. "What they're planning to do is something that at best probably would have a 20-year-lifespan," Edwards says of a new stadium. "We are talking about significant African-American history. … And they're talking about simply wiping it out."