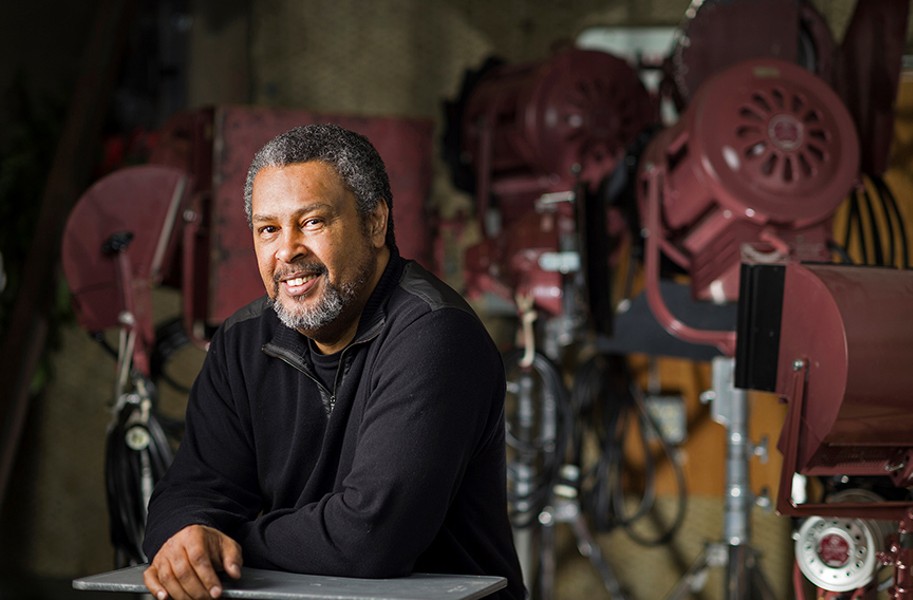 Kevin Willmott is that rare professor of film who got to share an Oscar with iconic filmmaker Spike Lee. The screenwriter, director, actor and University of Kansas faculty member shared a 2018 Academy Award for best screenplay with Lee for “BlacKkKlansman.”

This year’s James River Film Festival will screen the popular film along with Willmott’s satirical mockumentary, “Confederate States of America” from 2004.

Style Weekly spoke with Wilmott in advance of his appearance in Richmond. 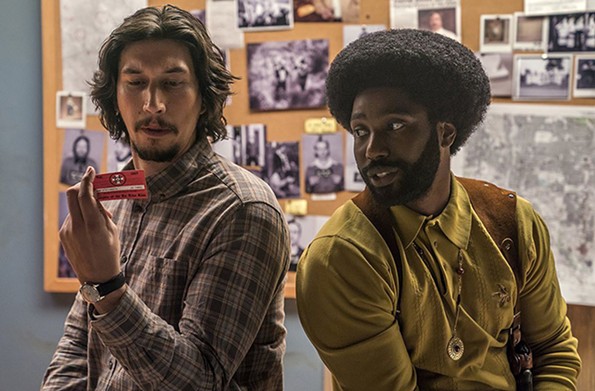 Style Weekly: You loved movies from an early age, but when did the film writing bug first hit you?

Kevin Willmott: It was pretty early. The film that had a big impact was “The Good the Bad and the Ugly.”  I was in fifth grade and I asked my mother for the album of the soundtrack. When I was a teenager Gordon Parks and “The Learning Tree” and then “Shaft” and the blaxploitation films really defined my ambition.

In college, I was introduced to foreign films and I learned about subtext and, in general, art films brought film to another level for me: “Seven Beauties,” “Swept Away,” “The Verdict,” “Chariots of Fire,” “Chinatown,” “Nothing but a Man,” and “The Conversation.”

“BlacKkKlansman” is set in the 1970s. What appealed to you about the Ron Stallworth story and that era?

The ’70s was something I think appealed to Spike and I both: the music, the clothes, the politics. It is a great period. It allowed us to deal with black power politics in a way audiences had never seen before. It was such a unique story.  We were able to have a great deal of fun while examining heavy-duty issue like hate and racism.

The students you teach film studies came up in a different world, film-wise and otherwise, than you did. What’s the most challenging part of teaching today?

Trying to explain my take on things is sometimes a challenge. What doesn’t speak to me, that they love, is always an interesting discussion.  But as a whole there are very few differences. The principles that guide what makes a film great have never changed and probably never will.

When you came to Richmond in 2016 for the James River Film Festival, we were also in an election cycle, but many of us had no idea what the future held. How does the state of race relations factor into your writing in the current landscape?

It’s made things easier for me.  People didn’t understand what I was doing with “C.S.A.” when I made it in 2004.  Now they understand we are living in the Confederate States of America.  In 2017, Richard Brody of the New Yorker reviewed the film again when it was screened in NYC and the first line was, “We can’t say we weren’t warned and sometimes the warning comes from far away and goes unheeded.”

What did you set out to accomplish with “C.S.A.” and where did it take you?

I was setting out to define what the CSA meant. The Confederate flag was flying proud over the capital of South Carolina and there was much debate about the flag.  I wanted to connect it to slavery and use that premise to reveal what was at stake.

As I started to work on the film, I began to realize that the CSA did win the war and that is the country we are living in.  It made me see how we are in a constant battle with what country we are, the USA or the CSA. We go back and forth. We had eight years of the USA under Obama. Now we are clearly living in the CSA and we may never come out of it again.

Spike is a genius and it is always great to work with him.  He has always understood what I was trying to do, beginning with CSA, and I have been fortunate to collaborate with him.

Why does social consciousness run through [all] your films?

I’ve always been an activist and a filmmaker. The two go hand-in-hand to me.  The best films, for me, have some social point. It’s my way of trying to make the world a better place.

Richmond was once the capital of the Confederacy and it’s a city still trying to figure itself out. Thoughts?

Richmond should confront its past with pure honesty and with no apology. It was the capital of the CSA and was part of the worst of America. That’s OK. America was an evil place at that time. It must take ownership and move forward.

Being ashamed hurts us all. Admitting the crime and working toward what America wants to believe in is the solution. Truth and reconciliation are what’s required. People who still hold on to the CSA as a great thing are wrong and must be taught that the CSA was treasonous and against everything that America stands for.

But also, their feelings are understandable because the country was always the CSA and we are now trying to become the USA.

The only shame is not admitting the truth.