Action Jackson Eclipses Cooch: But for How Long? 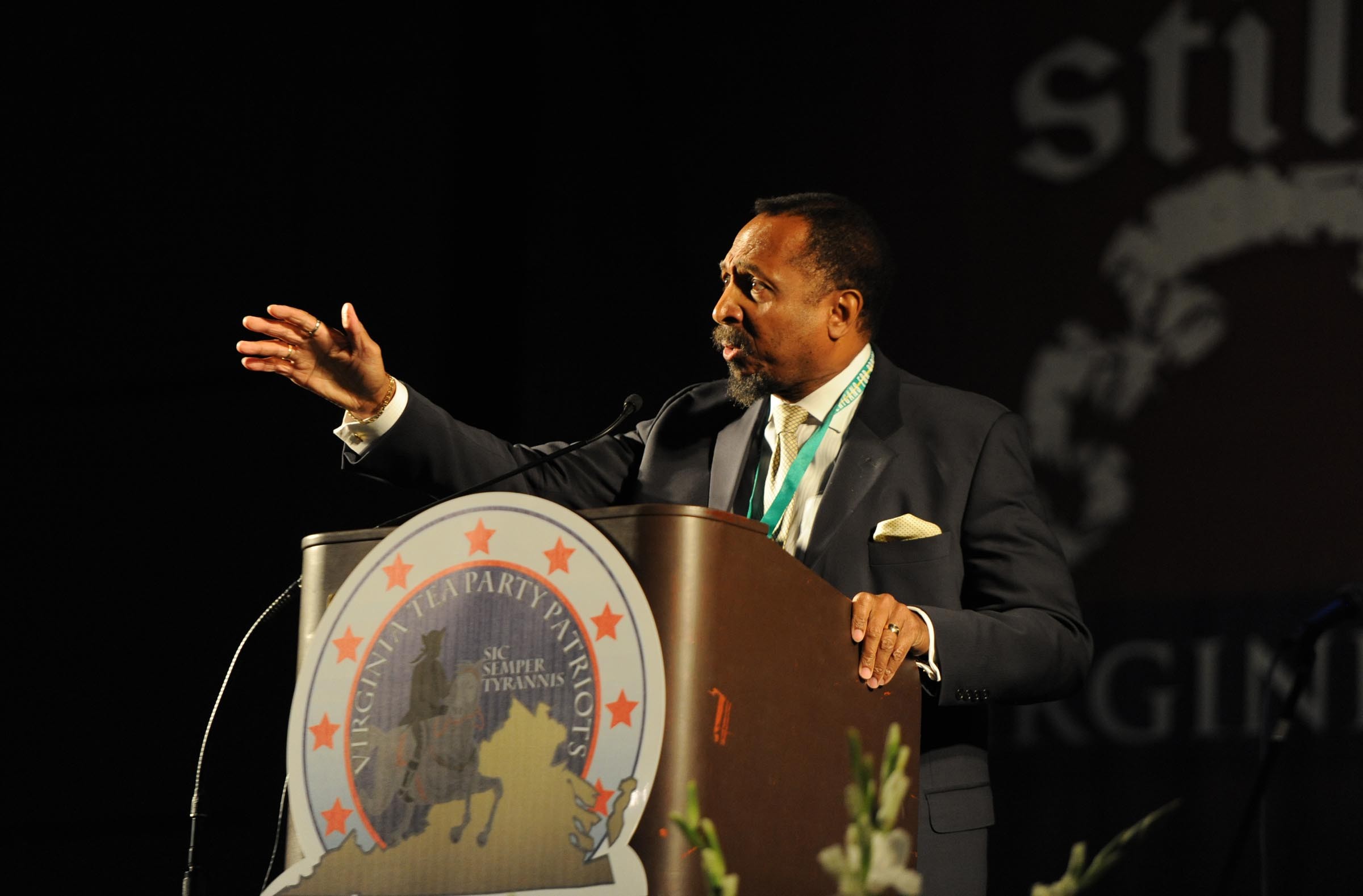 But in the course of a few rounds of voting at the Virginia GOP's nominating convention, the party's candidate for lieutenant governor, E.W. Jackson, has eclipsed Cuccinelli as state Democrat's favorite kooky Republican punching bag.

When Republicans held a fundraiser for him last week at the downtown Marriott, progressive activists who gathered outside to protest didn't do much more than stand around and read his own words aloud.

There was Jackson on a single woman having a baby: "What she's doing is wrong."

On equal pay measures: They "add nothing to the dignity and equality of women. In fact, it may make some businesses leery of hiring women for the fear of litigation that may eventually result."

And his characterization of abortion — "the equivalent of an idolatrous offering to the god of sexual license."
Similar events previously targeting Cuccinelli at least required protestors to get creative with signs and slogans. And of course there's the anti-Cuccinelli collective known as Cooch Watch.

Anna Scholl, the executive director of ProgressVA, which organized the protest with Planned Parenthood and NARAL Pro-Choice Virginia, says Jackson may have said more outwardly absurd and detestable things than Cuccinelli, but it isn't about who's the "most horrible."

"These statements, while outrageous, extreme and divisive," she says, "are emblematic of positions [Cuccinelli and other Republican leaders] hold in terms of politicians interfering in decisions between a woman and her doctor, in terms of marginalizing LGBT Virginians, and in terms of dividing our communities instead of bringing them together."

Cuccinelli has distanced himself from Jackson's comments, saying he won't defend them. But the progressive activists such as Alena Yarmosky, advocacy and communications manger for NARAL, argue that Jackson is just saying what Cuccinelli is thinking: "He just happens to be the one who is saying them out loud."