Drugs, Michael Phelps and swimmer’s shoulder: A local pool doctor recounts his brush with the Olympics. 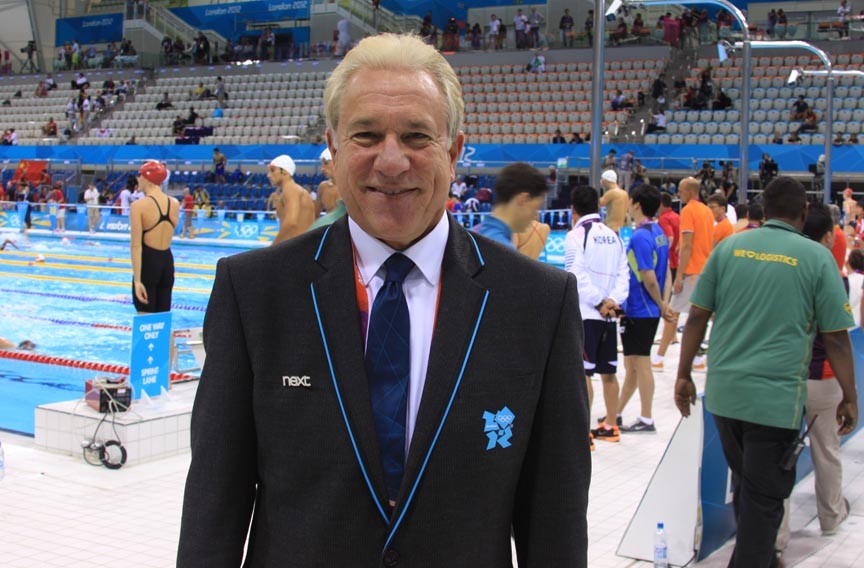 When Michael Phelps won his 18th gold medal, becoming the most decorated Olympian of all time, Midlothian physician Jim Miller had probably the best seat in the house this side of actually being in the pool.

Miller was poolside Aug. 4 at the London Aquatics Centre in his capacity as a physician representing the Fédération Internationale de Natation, known as FINA, during Phelps' historic last Olympic swim in the men's 4-by-100 meter medley relay. The crowd "went completely crazy," Miller recalls. "This was the real deal."

Miller, 62, the founder of Family Practice Specialists of Richmond, is a lifelong swimmer who in prior years served as the national physician for USA team swimming, traveling with U.S. champs Phelps and Ryan Lochte. (I know both of them very well," Miller says.) He has also has coached swim teams in Richmond and Charlottesville and has held national records in his age group competing in masters' swimming meets. He has worked with the international group overseeing drug testing of athletes and has lectured at the World Congress of Sports Medicine.

In 2009, Miller became the first American in a decade appointed to the sports-medicine committee of the federation, the governing body for aquatic sports such as diving, synchronized swimming and water polo. On the opening day of the 2012 London Olympics, the federation's website featured a video about an exercise program pioneered by Miller to decrease shoulder injuries, the most common maladies suffered by competitive swimmers.

Founded in 1968, the FINA sports-medicine committee has nine members from different nations who are responsible for overseeing medical services provided to aquatic athletes at competitions including the Olympics. As such, Miller says, they act as liaisons and medical advocates for the athletes of all nations and provide support as needed.

At the Olympics Miller also served as a delegate for International Doping Control, the agency responsible for testing Olympic athletes for banned substances.

When a furor erupted over whether or not Chinese female swim champion Ye Shiwen's world record-shattering performance was the result of doping, Miller received emails from friends in America asking if she'd been tested.

Professionally prevented from responding at the time, now he says, "She had an incredible drop in time and swam an incredible race. These athletes are having some mind-boggling performances breaking Olympic records and the drug testing is being done across the board. All medalists are being tested to the nth degree and we should just applaud their efforts and let the testing process be the judge and jury."

Besides, athletes know that their blood samples are kept on file, which is a further incentive not to use performance-enhancing drugs. "It's not unusual to have an Olympian … disqualified four years later or eight years later," Miller says, "because we've developed a technique to detect something they were using at that time that we didn't have the technology to detect then."

Back home from London, Miller says his Olympics experiences make him a better doctor: "Being able to interact with all these physicians from all these parts of the world, you learn a lot of different aspects and angles of health care that you can bring home to your own health care practice. It works as a plus for my own patients." S