Terrence Malick explores the nature of existence in "The Tree of Life." 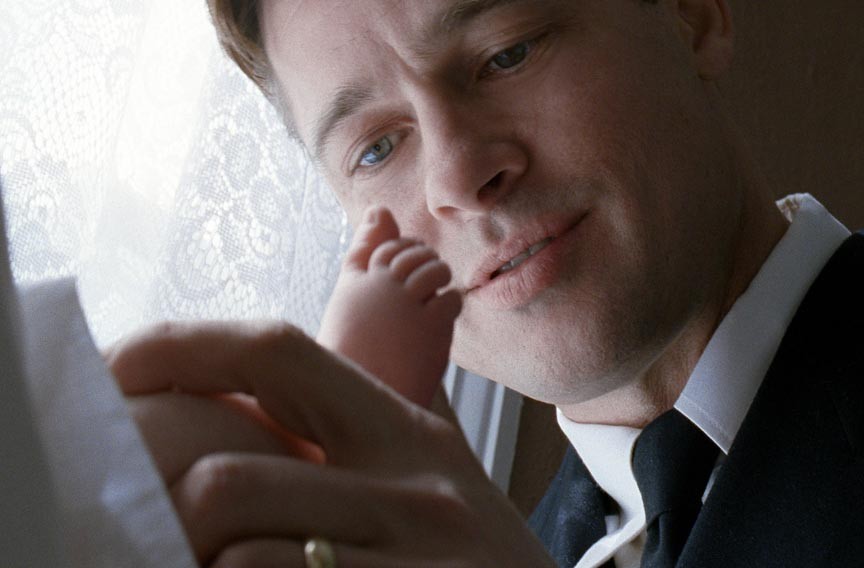 "The Tree of Life" has many branches. One is between viewers who lean forward in rapt attention and those who get up and walk out.

The latter tends to happen in the evolution section, an understandably unhurried affair involving intense gravitational forces, Jupiter and dinosaurs, which precedes the equally tempestuous story of the O'Briens, a Texas family in the 1950s. On which branch a given audience member ends up probably depends on his or her own personal evolution, as well as reverence and patience for wonder.

This highly anticipated new movie can be enjoyed simply as a daring work of popular art, but deepens considerably the more one can identify the diverse roots beneath, including Carl Sagan, Joseph Campbell, the Bible and molecular biology. It's a long and ambitious movie. It's also beautiful to watch.

Directed by Terrence Malick, it opens and closes with a cloud of colors gently billowing in darkness, accompanied by the sound of waves. These scenes, obviously a motif, appear several times, indicating moments of transition. Perhaps frustrating to some, the sequences in between unfold without handy signposts. "2001," a close relative, offered intertitles, but we get no such hand-holding as the movie begins, first in the near present, where a father and mother (Brad Pitt and Jessica Chastain) grieve over the loss of a son. Next we jump not too far ahead in time, where the young man's older brother, Jack (Sean Penn), is distracted by his thoughts at work in a shiny office park. Then we travel backward, all the way to the birth of the solar system in a long passage that runs through the evolution of our planet, which culminates in the boyhood of young Jack and his two brothers (Hunter McCracken, Laramie Eppler and Tye Sheridan, all terrific child actors).

Though it begins with a death, "The Tree of Life" is rather obviously about life. The tree is Malick's recurrent and binding image, just as it is in myth, philosophy, science and religion. That "everything is connected," the movie seems to be telling us, is not some mystical, new-age thing but reality, nurtured by tradition and confirmed by experiment. In one scene Jack's father symbolically plants a tree with his son. In another we see a solitary tree clinging to moss-covered rocks near a primitive ocean, reminding us that oxygen-producing plants made terrestrial life possible for everything else, including us (a process we are reversing with deforestation). Around this image of the tree echo other archetypal scenes: Dark objects coalesce out of gasses enveloping a star, a toddler gazes in wonder at his infant brother enveloped in sunlight, ocean water hisses against magma, and a boy tests the ire of his demanding father.

The movie's two main passages play off each other in other ways. I especially like how they are of similar lengths in screen time, very different from reality but relatively true. Your childhood is infinitesimally short compared to the cosmos, but it feels as significant. Our experience and knowledge of that relationship has had to build over generations, and remains incomplete. Yet the lessons and questions are eternal. If Jack's supposed to be good, why do his father and God get to behave however they want? Why did God let the neighbor's house burn down? Were they bad? Jack's first lesson from his mother is toward the sky, "where God lives," and from his father toward the ground, where he draws an imaginary property line: "Let's not cross it." Mom talks about love and grace while dad harps on the weeds. What, if any of it, is really important?

As the family is forced to move away from their home in Waco, we catch adolescent Jack looking back and briefly smiling at the sight of new blossoms on yet another tree. Perhaps he's realized something, maybe about continuity and change. Adult Jack flashes the same smile a little later, reinforcing the connection between all these events we've witnessed.

Perhaps the movie is Jack's rumination. This interpretation helps justify the film's difficult final passage, which closes with that recurring nebula. Maybe it's symbolic of Jack's hope for rebirth and reconnection. He just wants to put it all together somehow — his sometimes painful, sometimes wonderful childhood, his brother's death, and what meaning it all has in the larger universe. It could be the mother's point of view, too, or maybe the youngest brother's, a silent, observant stand-in for the director and his extraordinary film. In some ways it feels like everyone's story. (PG-13) 138 min. S

The Tree of Life