The State Board of Health considers regulations that could force many abortion clinics to close. 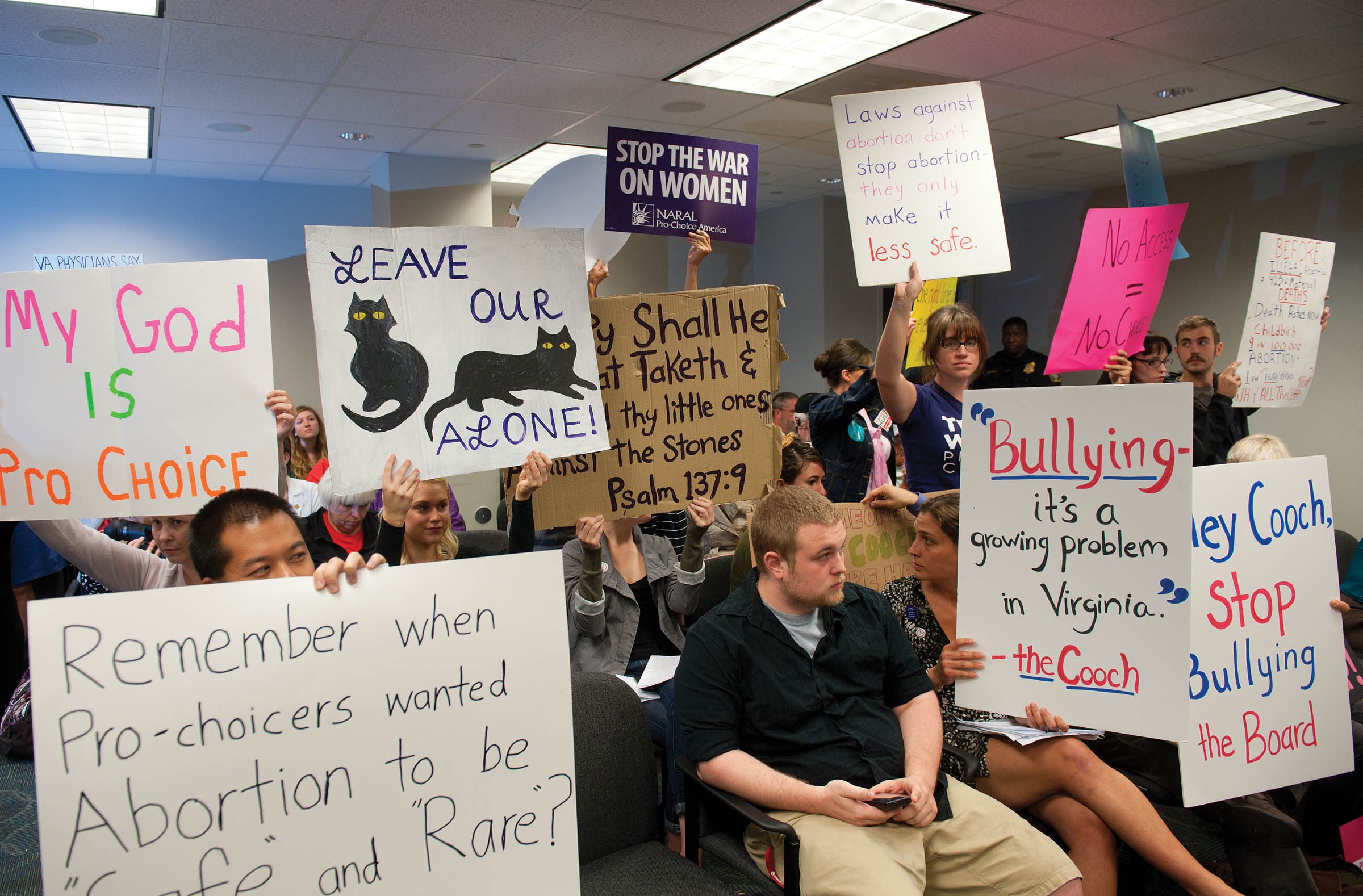 Women's rights activists are mobilizing in Richmond this week while the Virginia Board of Health prepares to finalize new regulations that are expected to close many of state's 20 abortion clinics.

A coalition of women's health advocates plan to descend on the Board of Health's meeting Friday, where members are widely expected to approve targeted regulations of abortion providers.

The new rules would go into effect during the next year, requiring existing clinics to conform to architectural guidelines that proponents say will ensure patient safety.

Detractors say the guidelines are unnecessarily burdensome — in some cases, retrofitting the clinics can be cost-prohibitive — and unfairly target women's clinics in a politically motivated effort to shut them down and limit access to abortion in Virginia.

Among those planning to testify at the meeting are Dr. Karen Remley, the former state health commissioner who resigned last year, citing political interference and overreach by Attorney General Ken Cuccinelli's office.

"It's not a pro-choice or a pro-life issue," she says. "It is a good government issue. The regulations are illegal."

Remley says she'll urge the board to be objective. "We should have a thoughtful approach. Not a punitive approach. It should be similar to how we regulate all our other health care facilitates."

Molly Vick, an organizer of last year's women's rights protests, says she's petitioning the Board of Health to also retroactively apply guidelines to other existing health facilities, such as hospitals and nursing homes. She says Cuccinelli's interpretation of the relevant laws and regulations support her petition, which she says she's filing to show that the attorney general and the board aren't motivated by general health safety concerns but by a desire to shutter abortion clinics.

Katherine Greenier, the director of the Women's Rights Project at the Virginia chapter of the American Civil Liberties Union, calls Cuccinelli's position baffling.

In an email, she writes: "It is clear that the Attorney General's office is offering a new interpretation of Virginia law in order to force physician's offices and clinics that provide abortion services to meet standards that have never been imposed on any other type of health care facility."