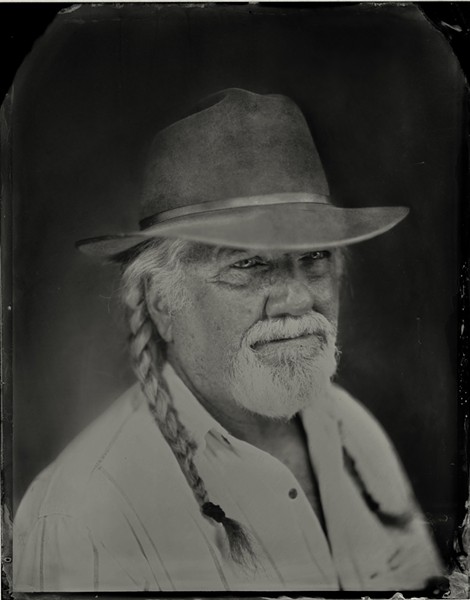 On the day Trey Burnart Hall was interviewed for this story, he budgeted his time carefully.

Not just because he keeps exceptionally busy running a record label, playing in bands and producing studio recordings, all on top of working in the writing center at Virginia Commonwealth University, his alma mater. It’s also because his ability to speak on any given day is finite.

“My voice is like old cell phones where the minutes are limited,” he says.

In 2015, Hall was making plenty of noise. The group he formed with college friends when he was 19, Dharma Bombs, was gaining notoriety pushing the boundaries of genres like old-time and Dixieland. One night at the now-shuttered venue Strange Matter, Hall found his own boundary — and tragically surpassed it.

“We were a folk band, a bluegrass band, playing at a punk bar. And I grew up playing in hardcore bands, so I was like, ‘I’m going to show y’all. Bluegrass is punk…’ I went to hit a bellowing note on ‘St. James Infirmary’ and it felt like a tire popped in my Adam's apple and like I’d simultaneously been hit by a semi.”

Hall calls the injury he sustained that night, which eventually turned into a full-fledged vocal disability, “an ego death of mass proportion.” Seven years later, the performer who once loved the spotlight has musicians rallying around him in a whole other way. 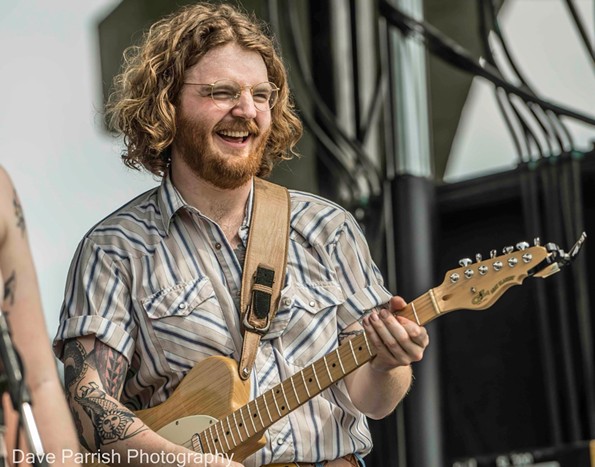 That way is Vocal Rest Records, the Richmond-based label that will host its first full-roster performance — dubbed Vocal Rest Fest — at Gallery5 on Saturday, Aug. 13. Complete with nine artists, six hours of live music, a variety of artisanal vendors, and the Sammiches RVA food truck, Vocal Rest Fest will provide a panoramic snapshot of a collaborative community that’s hitting its stride. “The music will tell a really lovely story of the vibe the label is hoping to push towards,” Hall predicts. “The roots are in the past, but everybody’s vision is very much towards the future.”

Hall’s familial roots are in Botetourt County, an area of Virginia where country, bluegrass and old-time have been echoing for generations. He grew up going to fiddler’s conventions with his father, a plumber who played music in his spare time and taught Hall the guitar. “He really gave me all my musical background,” Hall says, “the way my mom gave me all my writing background.”

Take a spin through his label’s catalog and you’ll hear echoes of those traditional forms of American music in everything from the apocalyptic folk of The Great Beforetimes to the country blues of Justin Golden. As rewarding as it is to tune into the unique conversation each artist is having with their stylistic forebears, the conversation between groups is even more fascinating. That’s because their lineups are as interconnected as their influences.

The vision for Vocal Rest began taking shape in late 2020, when Hall and Ærn Stapel of The Great Beforetimes made up for lost in-person hangout time by chatting over the phone. “We’d have these long, rambling, philosophical phone calls dreaming of what a collective-based record label could be and how could it be both community driven [and] artist led.”

Tracing all the personnel connections between groups would require a sizable wall, pushpins and a whole mess of red string. Hall plays in Devil’s Coattails alongside Richmond-based singer-songwriter Mackenzie Roark, who is part of two other Vocal Rest projects, including her eponymous one. Roark says she felt “lost in the crowd” before getting involved with the label. “It has made me feel very much like I’m a part of something,” she says, “which is hard to come by as an adult – feeling like you belong somewhere.” Roark also appreciates the kinetic energy among Vocal Rest artists. “People feel this motivation to get s— done,” she says.

“I think the biggest asset to Vocal Rest is how excited all the artists are,” Hall confirms. “Everyone’s really hungry in a good way.”

Those big aspirations are turning into big shows. In May, Devil’s Coattails preceded a trio of nationally touring acts during Dominion RiverRock on Brown’s Island, and they were part of this year’s FloydFest lineup. Cassidy Snider & the Wranglers, another Vocal Rest act, dazzled during their own Brown’s Island opening slot, firing up the Friday Cheers crowd for headliners 49 Winchester.

Both Snider and Roark will release full-length albums in the fall, and both are being produced by Hall. Producing is a key facet of the artistic diversification that followed his vocal injury. “He has such a great ear and so much patience,” Snider says. “It takes so much weight off of my shoulders, because I can just focus on what I’m doing, as opposed to what every other musician is doing. He just listens and hears everything.”

“I get so much joy from listening,” Hall says, calling it “the biggest asset in anything I do now.”

Roark hears it in Hall’s arranging — “when it comes to coming up with parts and really fleshing out a song, Trey is incredible” — and in his songwriting feedback. “We can be very honest with each other,” she says, noting that Hall doesn’t heap praise on artists and compositions unless it’s warranted: “If I can get his stamp of approval, I feel like [the song] can exist in the world, and I’m not going to be embarrassed about it a couple years down the road.”

Hall brought all those skills to bear while producing the fifth official Vocal Rest release, his father’s debut LP, “Blue Ridge Mountain Yodel.” Hall knew his father, Bernie “Yodelin’” Hall, to be a confident man. For years, the elder Hall reminded his son that they needed to get in the studio. To his son’s surprise, once they were there, that confidence disappeared. “He walked into the vocal booth and it was like watching a little kid stare at a pool of water with their floaties on,” Trey says.

You’d have no idea listening to the rollicking eight-song album, in part because Trey stepped into the booth and walked — or, more accurately, danced — his dad through the process. “He couldn’t sing on beat,” the younger Hall remembers. “I had to hold his hand at times and swing the tempo… We literally would dance together so that he would forget his nerves in order to sing.”

The beauty of that moment would soon turn bittersweet, as Bernie Hall died of a heart attack less than two weeks before the album’s April 2022 release.

As devastated as Trey was sending those recordings into the world without his father, the two did speak when the first single was released: “He was filled with a joy that only someone at the age of 72 realizing a lifelong dream could be filled with.” In that sense, “Blue Ridge Mountain Yodel” is a poetically circular tribute to the gifts generations give one another. It’s also a once-in-a-lifetime affirmation of the Vocal Rest founder’s catalyzing supportiveness. 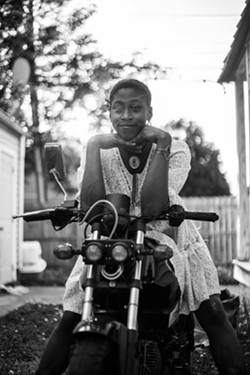 Cassidy Snider felt that boost when it was badly needed. She moved to Richmond in late 2017 and formed a band during the pandemic, only to watch those bandmates walk away from the project once it started gaining traction. Linking up with Vocal Rest helped her regain momentum. “I was looking for community, because I lost my base,” Snider says. “If I just need to talk something out, [Trey] has been there for that. And that sense of community has definitely helped with me gaining my confidence back and my belief in my project.”

“It makes it feel more attainable, these big goals that I had five years ago when I was just starting out,” says Mackenzie Roark. “Playing these big shows, playing FloydFest with Devil’s Coattails – stuff like that would have been a dream for me.”

“He just keeps doing his thing and bringing a lot of good into the community,” she says.

Vocal Rest Fest will take place at Gallery5 on Saturday, Aug. 13 starting at 5 p.m. Tickets are $15. A limited number of VIP pre-sales will ensure a place throughout the entirety of the event. Day-of sales will be “one in, one out” in accordance with venue capacity. For tickets and the full lineup, visit gallery5arts.org.