The Richmond Shakespeare Festival returns to Agecroft Hall with a pair of outdoor comedies. 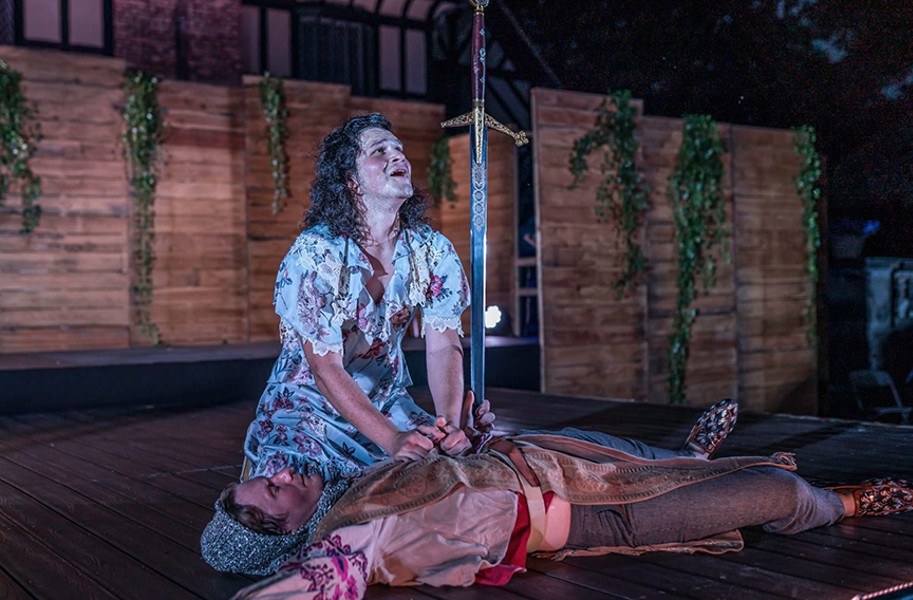 Having really missed the Richmond Shakespeare Festival last year, it was with bleary-eyed elation that I returned to Agecroft Hall to picnic on the lawn before a pair of recent shows.

This year’s festival marks Quill Theatre Company’s grand return to the stage post-pandemic and, appropriately, the festival is all comedy. Audiences can bring lawn chairs and blankets and flop onto the lawn to enjoy “Twelfth Night” and “The Bottom Show” in repertory, two shows that are well worth the wait.

“Twelfth Night” is a comedy of mistaken identity with a pair of shipwrecked twins and some good old Shakespearean crossdressing at the center of all the confusion. Jan Powell’s direction keeps the action lively, fast-paced and funny. The 1960s setting, telegraphed through music and costume references, is a fun choice. I especially enjoyed Anna Bialkowski’s costumes, each seeming to pay homage to a different ’60s aesthetic: Some characters are mod, there’s a silly “Laugh-In” style hippie, a spiritual Beatles-style hippie, while another character dresses in beatnik attire. Though the costumes and musical numbers are a lot of fun, the ’60s-era needle drops can sometimes feel gimmicky, particularly since there doesn’t seem to be much of a reason behind this directorial choice beyond the obvious resonance with the spirit of the era in the play’s first line: “If music be the food of love, play on.”

“The Bottom Show” is a short play composed of all of the “rude mechanical” scenes from “A Midsummer Night’s Dream,” in which Bottom and his troupe rehearse and perform “Pyramus and Thisbe,” the famous play-within-a-play. This show would have been performed by amateur actors at a time when theater was banned in England, as it was short enough for actors and audience to disband before getting caught. As such it is a testament to the need for theater as an art form, the persistent human urge to perform art and to spectate – which feels poignant for theater-goers and practitioners alike in 2021.

Director James Ricks keeps this production short enough to present it without an intermission while taking a little time to pad the story with fun song-and-dance sequences that feel tonally relevant and celebratory. In particular, Levi Meerovich’s accordion rendition of “Bad Romance” stands out. Meerovich also serves as musical director for both shows. 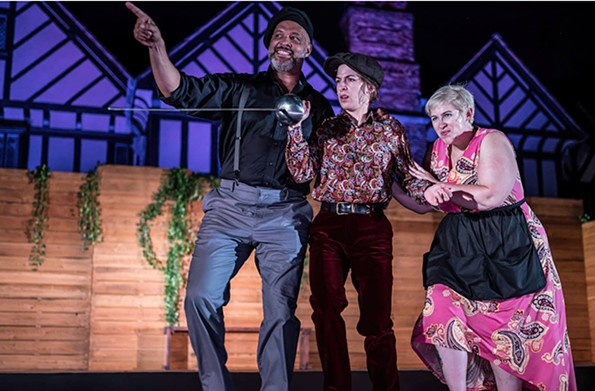 The pre-show antics of the Festival Young Company are also a thoroughly enjoyable part of the experience. From the young actors to the veteran performers, from the tech crew to the ushers, everyone at Agecroft Hall is earnestly glad to be back, including the audience.

It feels great to be back even if things do still look a bit different. Lawn seating means it’s easy for audience members to socially distance and it also means you don’t have to wait for intermission to sneak away to the Garden Grove Brewery table to grab another beer or to the King of Pops stand for a sweet treat to enjoy as the plot thickens onstage.

In my humble opinion the lawn seating, more relaxed and a bit more casual than the risers of festivals past, is an improvement. But it’s the same festival Richmond audiences have known and loved for years and it’s a wonderful way to celebrate the fact that we can all gather in a field and watch a play together again.