In the shadow of a pandemic, Richmond gets ready to dip its toes into the water. 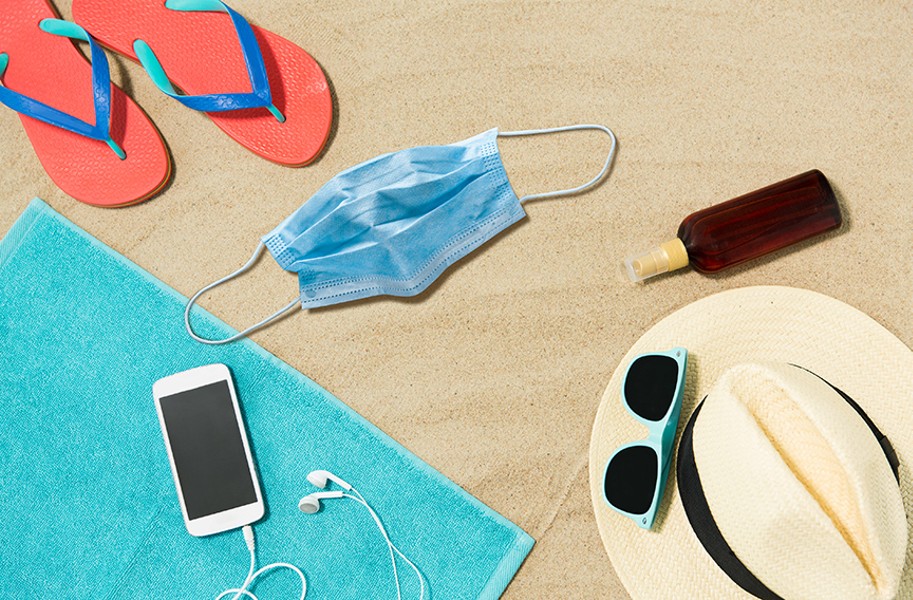 On paper, and according to planetary angles, summer starts this weekend — Saturday, June 20, when the North Pole takes its deepest bow toward the sun.

But the coronavirus pandemic has made seasonal certainty seem like a luxury of the past, and protests have made vacation planning seem trivial by comparison.

For months, the edges of time have felt blurred, like the hands of a clock trying to paddle through a barrel of honey. People went stir crazy, stuck at home, socially distant. Then came civil unrest and togetherness, with outrage about George Floyd and demands for racial justice. The streets saw an uprising, with Monument Avenue statues headed for a fall.

New mornings feel less about the flipping of calendar pages and more like moments to measure historic changes. We forget what day it is. But June 20 is almost here, like beads of sweat gathering to finally stream down our backs.

How can anyone imagine summer 2020, unlike any before?

Memorial Day weekend came and went with no cannonballs into public pools. Virginia Beach opened, but even that carried the undercurrent of politics and public health debate. The governor, strolling the boardwalk, later issued an apology for leaving his mask in the car.

The eight-week riverside music series Friday Cheers was supposed to be underway, but had to cancel. The trains and the river roll on by Brown’s Island, oblivious to the empty stage.

There may be an echo of Friday Cheers. Billy Strings, a bluegrass musician in his 20s, is rescheduled to Aug. 26 with Andrew Alli and Josh Small — for now. “We don’t really know what’s going to happen with that,” Sims says, mindful of evolving event guidelines. 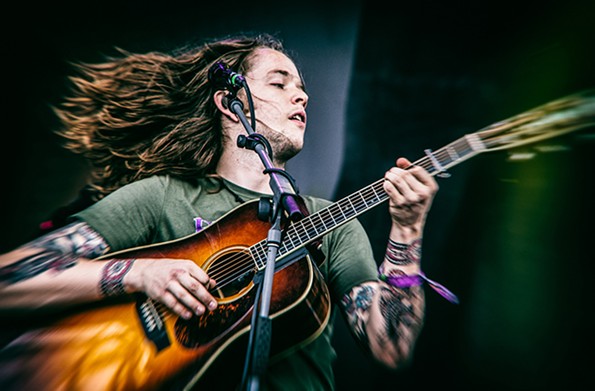 There was no joyous bell to signal that school’s out for summer. We don’t know exactly when students will return. But “Ferris Bueller’s Day Off” and “Footloose” played the Goochland Drive-In last week, in one of the few entertainment venues seeing a resurgence.

“We saw the concept developing in Europe,” Fritz says. The goal was “to put together an event that gives people a fun and safe opportunity to go out and have a shared experience unlike anything they’ve done before.”

Baseball is in limbo, with Flying Squirrels players training to stay in shape for whatever happens. Others have set aside fitness goals for baking recipes, searching for comfort in a pandemic that triggered a nationwide yeast shortage.

But ballpark food is aplenty. The Squirrels launched Funnville Foodie Fridays, offering concession food pre-orders that you can pick up, drive-thru style, at the Diamond.

“We’ve been doing everything we can to continue to connect with the community,” says Todd “Parney” Parnell, vice president of the team.

Staying positive and getting a good night’s sleep have been challenges, he says, considering the stress of the pandemic combined with negotiations between Major League and Minor League baseball.

Parnell recalls to the minute it struck him that the season was in jeopardy, he says: March 11, at 9:31 p.m.

In April, he’d taken 125 laps around the diamond, touching 500 bases in a live-streamed fundraiser for COVID-19 and community support. When the team held its kickoff for the season March 7, he says, “basically everything was completely normal.”

A few days later, Parnell returned home from the ballpark to see a televised statement that the NBA season was suspended. “And I started crying,” he recalls. “The sports world is about to come to a screeching halt, and I’m scared.”

So far, the baseball season isn’t officially canceled. Parnell holds out hope, he says, and the Squirrels will do whatever they can to be involved with the community this summer.

Then along came another, heavier date: The death of George Floyd, May 25. The last few weeks have offered a glimpse into another way people may spend their summers – fighting for change. The collective of organizers and activists, Richmond For All, has seen a surge in membership, saying that it has doubled its membership in a week to nearly 500.

This comes amid the backdrop of elections, with new candidates announcing runs for mayor and slots on Richmond City Council. The political season, debates, activism, involvement – it all will shine brightly leading into the fall.

Sun, air and freedom are peeking through. Gyms have begun to reopen. Museums, cultural institutions and libraries will be summer options, with reopening phases through the season. Maymont plays up its gardens and park – “for fresh air, open spaces and natural beauty.” The Virginia Museum of Fine Arts will reopen July 4. Lewis Ginter Botanical Garden plans to welcome visitors back July 16. 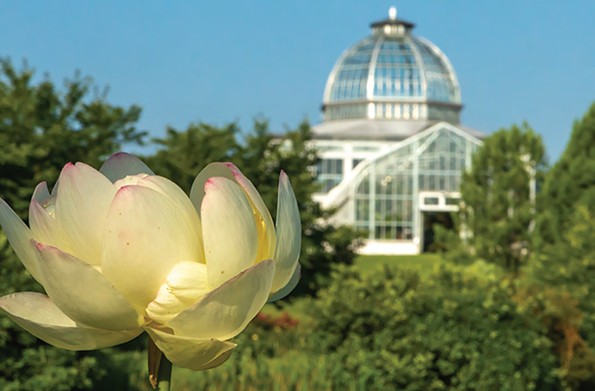 Indoor culture in the form of performance-arts venues mostly will use the summer to prepare for the fall season – and getting buildings in careful shape.

“We’re taking it from the door all the way to the seats, to the restrooms, to the box office, to the concession areas … to make it as safe as possible,” says Dolly Vogt, of ASM Global, which manages the Altria Theater and Dominion Energy Center. There will be no NFL summer training at the other Richmond facility she oversees.

Vogt has 10,000 masks with more on the way, and has ordered signs, scanners for temperature checks and is planning safe ways to conduct ticket purchases. When the governor gives the word, Vogt says, “I’m going to be ready to open almost immediately.”

Most shows have shifted to early 2021. But the Richmond Symphony will hold its summer concert series at Dominion Energy, in the venue’s smaller Gottwald Playhouse. The event, “Comfort and Joy! – the Beethoven Summer Series,” is scheduled to start July 9.

“I can tell you, we’ll get through this,” Vogt says.

Comfort and joy. A far cry from job losses, anxiety, loneliness and deaths that marked the pandemic. A juxtaposition against discomfort, anger and joy that marked the news of Confederate statues coming down on Monument Avenue.

A hallmark of Richmond summers is tracking the hottest days. This year the more important temperature check might be yours.

Maybe that’s what this summer holds – a temperature check. The potential to triumph over what has weighed people down. More hours of daylight and shorter shadows. This will be a season of transition, even as it is marked by official phases. Toes in the cold water, testing what might feel normal again.

Jon Lugbill, executive director of Sports Backers, thinks back on his days paddling in whitewater canoe races, competing internationally on the U.S. team. Its athletes trained through the good and bad weather, while their rivals on the French team sat out the rainy, cold days.

When it came time for the 1987 world championships in France, the weather was miserable. Lugbill’s American team won. The rocky times had helped. “In our brains,” he says, “you just went out and did it. We were just used to playing in the storm.”

That’s how Sports Backers has approached its events, Lugbill says, coming up with creative solutions and socially distant guidelines. The organization launched a Great American 5,000 virtual race, which has drawn at least 70 teams. In July, a Run Bike Relay is scheduled, and team training for the VCU Health Richmond Marathon will start. The Patrick Henry Half Marathon is set for August.

Will there be a Monument Avenue 10-K in September? “We’re working on ways to be able to have it,” Lugbill says. 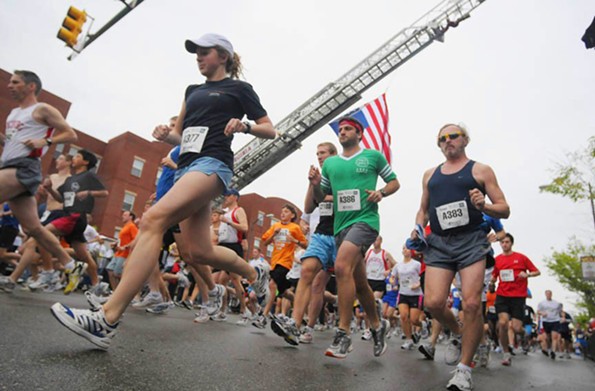 In the midst of troubling times, it isn’t too shallow to long for relief and sunny days. Health and balance also call for fun, space and togetherness.

Could the bellwether concert of summer be Toby Keith?

With few big outdoor performances in sight, the country superstar is on the books to perform Aug. 1 at Innsbrook After Hours, a concert series that marks its 35th anniversary season and is a nominee for the Academy of Country Music’s outdoor venue of the year.

Innsbrook organizers refused to cancel their season. Instead, they’ve moved things later, till clarity emerges about when it’s safe to get outside for a real, live, fist-pumping concert. Toby Keith may be the one. August may be the time.

“To me, we have a responsibility to the community as much as anything else,” says Larry Creeger, executive producer of Innsbrook After Hours. “And what we deduced in March was that one way or another we’re going to have a concert series.”

For now, Creeger and his son, Matthew, who serves as managing producer, envision 16 shows from August through the middle of November. They would operate at 50 percent capacity, Creeger says, working with Henrico County to follow commonsense measures and guidelines. 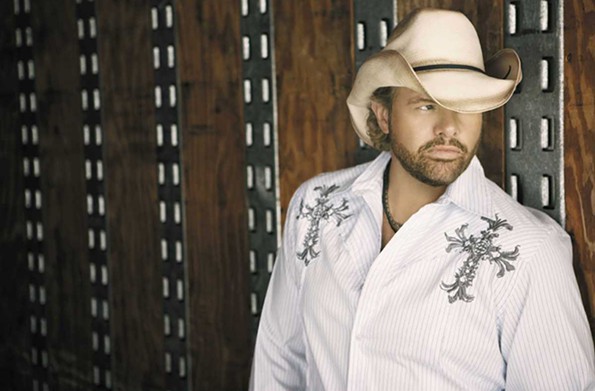 People need to get out. They need something to look forward to. They need music, Creeger says: “We feel like there are a lot of people depending on us.”

The feelings carry over to the people who oversee the James River Park System, which experienced its most-visited year in 2019 — 1.95 million people, with more than half of them from May to early September.

It was the first summer on the job for Park Superintendent Bryce Wilk. He can tell people are ready to get back to their hiking, biking, running and riverside lounging. In March, the park system saw a 71-percent increase in attendance over the previous year.

But he also must be responsible, he says, following the guidelines issued by the state and city. That leaves a lot up in the air, but it’s navigating the waters as it goes.

To encourage other ways to spread out, the city is emphasizing green spaces beyond the traditional riverside spots, says Tamara E. Jenkins, spokeswoman for the city’s Department of Parks, Recreation and Community Facilities. The Hidden Gems series aims to spotlight such places as Pine Camp, Battery Park and Cannon Creek Greenway. 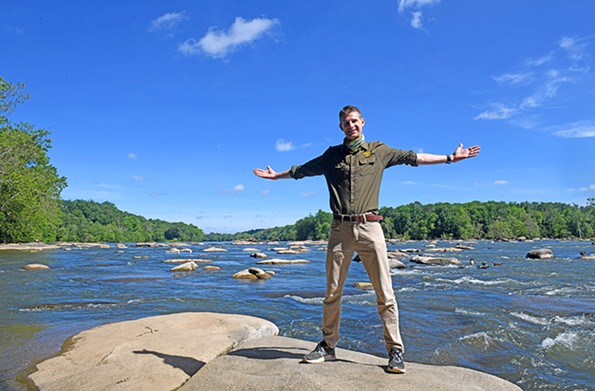 The 38 Virginia State Parks are open, too.

Wilk hopes that the joys of nature can provide a respite – a healthy outlet mentally and physically, he says: “It’s something we can all share without putting each other at risk.”