A Stalker With Hollow Eyes: Part three of the Southern Nightmare series 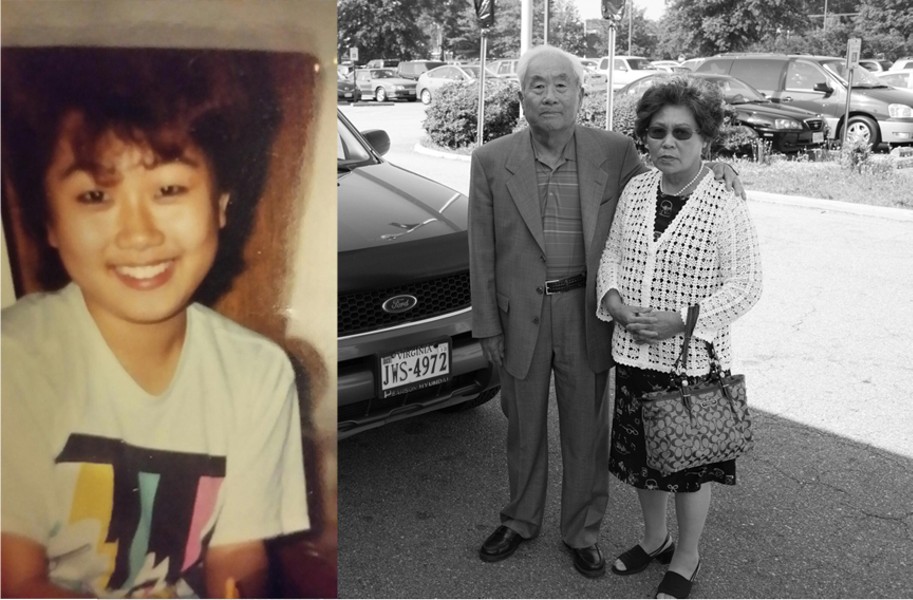 Pictured with her late husband, Jong Chul Cho, right, Hyun Kyoung Cho says she has few photos left of her daughter, Diane, inset, a victim of the South Side Strangler.

Editor's note: This feature is the third installment of a 10-part series on the landmark criminal justice case of the South Side Strangler, which marked the nation's first use of DNA to catch a killer. Listen to the podcast in the player above, or click here to subscribe to episodes on Apple Podcasts or Google Plus. And here is a direct link for people with iPhones and iPads to subscribe on iTunes. To read the previous installments, visit styleweekly.com/SouthernNightmare.

Someone was stalking Diane Cho.

The 15-year-old Manchester High School freshman told her best friend, Jenny Han, about a disturbing, recurring nightmare she'd been having.

"She was suffering, having dreams about someone following her and stuff," recalls Han, who lived upstairs from Cho in the Chesterfield Village apartments, just across Midlothian Turnpike from Cloverleaf Mall.

"For about two weeks she kept telling us that she had seen this man following her and that she had gone to the mall and seen him," says another friend and classmate, Desiree Fierros.

One night in November 1987, Cho was with Fierros at the Cloverleaf Mall theater, buying tickets for "The Princess Bride," when she began trembling with fright and pointed out her stalker, who was staring at them from the parking lot.

"His eyes were hollow. It wasn't normal," Fierros recalls. "It was the coldest look I've ever seen in my life."

Cho and her family had emigrated from Korea only three years earlier. It had been barely five months since they moved to Richmond, where her parents worked long hours running a convenience store near Virginia Commonwealth University.

On the night of Saturday, Nov. 21, 1987, Cho's parents arrived home to their modest apartment around 9. Cho's mother gave her a haircut. As they went to bed around midnight, they could hear their daughter typing out an English paper in her bedroom across the hall.

The next day, the Chos called home around 2 p.m. to remind their children to get ready for an afternoon church service. Cho's 12-year-old brother, Roman, answered the phone. Diane was still asleep, he told his mother, and he didn't want to make her angry by waking her.

The Chos arrived home about an hour later and Mrs. Cho went straight to Diane's bedroom and opened the door.
"I heard my mom scream. It was my mom who found her," says Roman Cho, now a Los-Angeles-based photographer.

"My daughter was wrapped in rope. … Her face was purple and the window was open," says Diane's mother, Hyun Kyoung Cho, who still lives in the Richmond area. Her husband, Jong Chul Cho, died from brain cancer in 2013.

Roman called 911, he says: "I remember the operator asking me if I could administer CPR and me telling her that there wasn't any point, that she was dead."

Mrs. Cho has only a few photos left of her daughter. Chesterfield County police confiscated the rest and never returned them, she says.

"She just stays the same and the picture doesn't change," she says. "If she was alive, she would have changed. She was very smart back then. Can you imagine how smart she would be now?"

Diane Cho, who aspired to be a doctor, took care of virtually everything for her parents, who barely spoke English. "Right now, I would not have any trouble living here if my daughter was around," her mother says, sadly. "I miss her so much." S