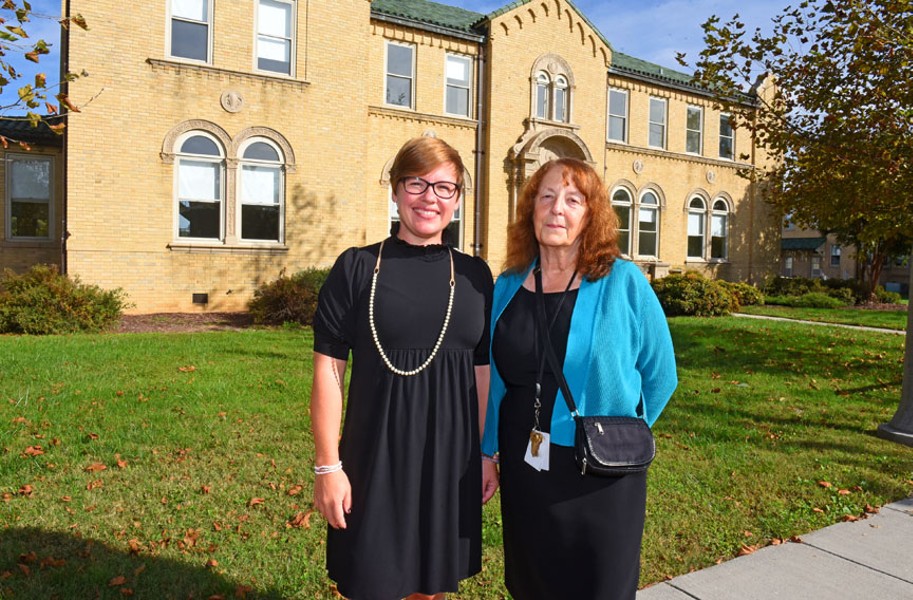 Across the nation, teen drug overdose death rates have more than doubled in the past 15 years. The opioid epidemic sweeping Central Virginia is likely to push local overdose rates even higher, but teens struggling with addiction exhibit plenty of earlier warning signs — poor school performance, fractured relationships, isolation and depression — that most families are unequipped to handle alone.

Now, on the North Side of Richmond, the McShin Foundation and St. Joseph's Villa are offering teens and their families a way out.

McShin Academy, Virginia's first recovery high school, plans to offer a full curriculum alongside substance abuse counseling and support programs for students and families. McShin Academy is currently enrolling its first class and can accept as many as 50 students ages 15 to 19. The academy will launch its first class at St. Joseph's as soon as two students are enrolled.

The academy is a project of the McShin Foundation, a nonprofit recovery organization that provides affordable detox, recovery and sober-living programs primarily to men and women leaving rehab or jail, or repeat relapsers who struggle to stay sober outside a residential program. Most of the 175 beds in McShin's peer-to-peer recovery support program are occupied by white men ages 22 to 35 with opioid addictions. McShin says opioids are the drug of choice for most teen addicts in Central Virginia as well.

According to the foundation's chief executive, Honesty Liller, the road to opioid addiction often begins in high school. "Taking pills starts with getting their teeth pulled, getting an injury from a sport, getting it from their parents' medicine cabinet," she says.  Rates of overdose death are six times higher in Virginia for addicts ages 25 to 34 than those 15 to 19; McShin Academy encourages parents to help their children into recovery before they face the realities of addiction — wasted years, physical deterioration, incarceration and overdose — that many older addicts experience.

McShin Academy is modeled after the Archway Academy in Houston, a sober high school based on the 12-step model of recovery. Archway has operated successfully for 14 years. On average, 70 percent of students at recovery high schools nationwide stay sober for six months after enrollment. McShin follows this trend, with about 70 percent of teens in their programs staying sober for six months or longer.

Before McShin worked with St. Joseph's, the academy's pilot program served a limited number of homebound students through Hatcher Memorial Baptist Church in Lakeside. One day, the ceiling started to cave in, and the students and teachers had to leave their books behind and run to safety. But they all came back once it was safe, being committed to one another and to their recovery.

Most McShin Academy teachers and staff are themselves in long-term recovery from alcohol and drug abuse. Liller believes a peer model of support is essential to building trust and understanding with addicts.  "When I overdosed when I was 17, my parents' therapists and doctors [had] credentials on the wall, but they didn't shoot heroin like I did," Liller says. "It's a whole other world once you have a person who's going through life with you, who's had a substance abuse disorder, and they're living their life drug- and alcohol-free."

Tuition for McShin Academy is $16,000, which is just shy of Richmond's $16,502 average for private secondary school tuition. McShin tuition includes five and a half hours of daily academic work, recovery support and life skills education — including cooking, cleaning and financial literacy — college and career transition services, parent support programs, and fellowship with students and staff to build relationships skills and a sense of belonging within a sober community.

Diana Morris, senior director for children's education services at St. Joseph's Villa, believes the life skills components of the program are critical to student success. "Changing your life is important from when you wake up to when you go to sleep," she says. McShin Academy is designed to equip students for this full, sober life.

Academy leadership knows tuition may be a hardship for many parents, but they see their program as a critical investment when a child's life is on the line.  "Parents are looking at their college fund and realizing: We gotta get through high school," says St. Joseph's director of community partnerships, Craig Hedley. "They're saying: 'Whoa — I can't even think about [college] — I gotta get my kid through school, and I gotta keep them safe and I gotta keep them alive.'"

Academy leadership is also hopeful that local foundations and donors will support scholarships for low-income teens struggling with addiction.

Matthew David Sim, 19, was one of McShin Academy's first students in its pilot program. Not long after discovering marijuana and hallucinogens, he was expelled from Benedictine College Preparatory for too many absences, kicked out of his parents' house, and finally kicked out of a friend's house before he hit bottom. "I found myself in a pitch black room, calling everyone for help, but no one answered," Sim says. "I got on my knees and prayed for help, and I was crying. Five minutes later my Mom showed up. The next day I started at McShin."

Sober for eight months, Sim is now an employee McShin, serving as a peer leader and working with social media and brand management. Like Sim, many young addicts are highly intelligent and creative, and can outpace their classmates in traditional school environments once they get clean and refocus on academics. McShin lead teacher Norwood Powell expects this will be the case with many students at the expanded school. "The plan is remediation, maintenance, excellence," he says.

A translation of this motto might be: Surface from drowning. Learn to tread water. Discover how well you can swim.

Now, the new classrooms and common spaces at St. Joseph's embody the fresh start teens in recovery need: The rooms are bright and airy with big windows that look out over the green lawns of the campus. The administrators and faculty are seasoned and eager to meet the challenge of helping students and family rebuild their lives.

"I just think in here with the sunshine and everything happening, it's like: Let's go," Liller says. "Let's get on with life. Let's learn something today, not just the academic, but learn about yourself. Heal yourself. Heal your insides. There is so much more to recovery than just not using drugs or alcohol. It's about learning who in the world you are. Can you imagine what can become of these kids if we have 50 here doing this work?" S

McShin Academy will launch its first class at St. Joseph's Villa as soon as two students are enrolled. For information, contact Honesty Liller at honesty@mcshin.org.