Click here for a timeline of Richmond public art. 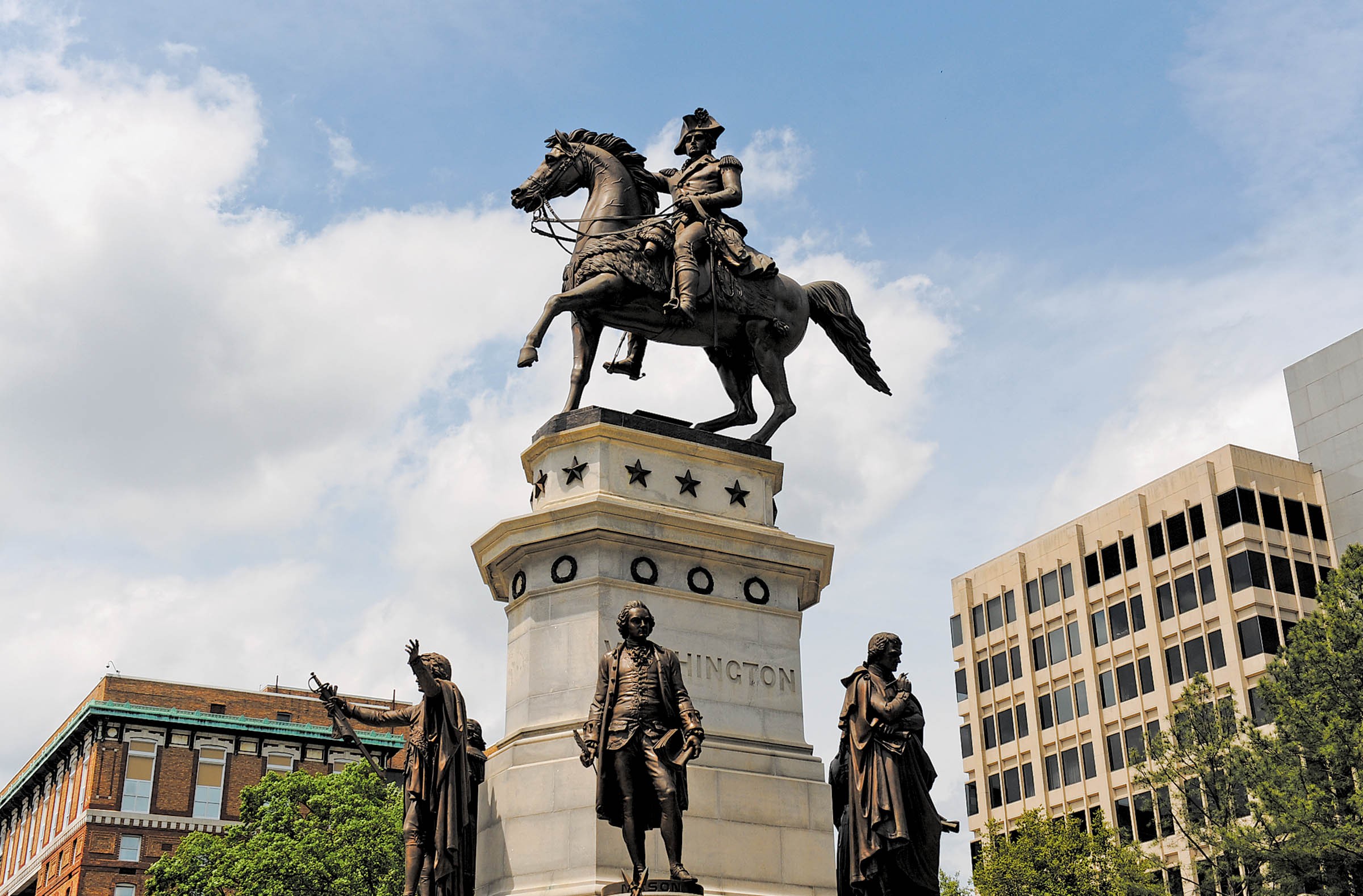 Equestrian statue of George Washington dedicated in Capitol Square. In 1855 statues of Patrick Henry, Thomas Jefferson and George Mason are installed at its base. Andrew Lewis, John Marshall and Thomas Nelson complete the ensemble in 1867.

The Robert E. Lee statue by Frenchman Antonin Mercie is dedicated in a field west of town and sparks development of Monument Avenue. Sculptures of other Confederates will later join the lineup including J.E.B. Stuart, Jefferson Davis, Thomas "Stonewall" Jackson and Matthew Fontaine Maury.

Christopher Columbus statue designed by Richmonder Ferruccio Legnaioli is dedicated in Byrd Park. The waterfall is a later, WPA addition.

"Memory," a mournful female figure, is dedicated at the Virginia War Memorial. Leo Friedlander, designer of the friezes on the RCA Building in Rockefeller Center, was the sculptor. 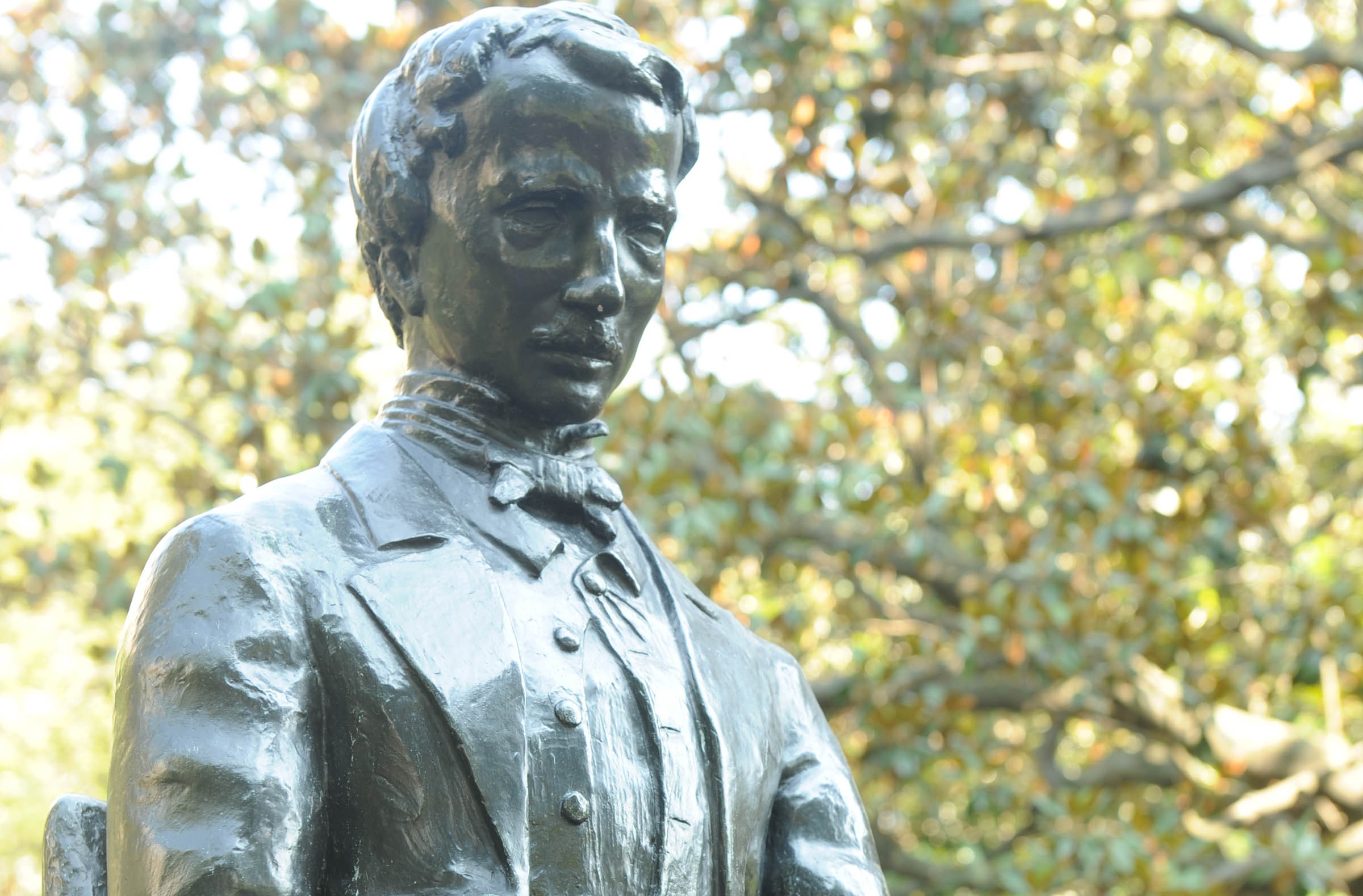 A contemplative Edgar Allan Poe is depicted in his Capitol Square statue. George Ruby was the artist.

"Bojangles," a tribute to Richmond-born New York and Hollywood entertainer Bill Robinson is dedicated at Leigh and Adams streets in Jackson Ward. Jack Witt was sculptor.

"Sounding Piece," an abstract metal piece by Harry Bertoria, is installed at entrance to the Federal Reserve Bank at 700 Byrd St.

"Connecticut," by Paul DiPasquale, is installed at The Diamond. After the Richmond Braves leave the ballpark, in 2010 is moved to the Lucky Strike Building at 2700 E. Cary St.

City of Richmond Public Art Commission is established. In 1997 City Council formalizes the percentage-for-the-arts process and mandates funding through the capital improvements budget.

Statue of Richmond native and tennis great Arthur Ashe statue is dedicated on Monument Avenue. Paul DiPasquale is the sculptor.

"Skyrider" an abstract hanging piece by John Newman is installed across from Main Street Station.

Statue of Abraham Lincoln and his son, sculpted by David French, is dedicated at Tredegar Iron Works and marks their April 1865 visit to Richmond.

Slavery Reconciliation Statue by Stephen Broadbent is installed at 15th and Main streets in a pocket park. 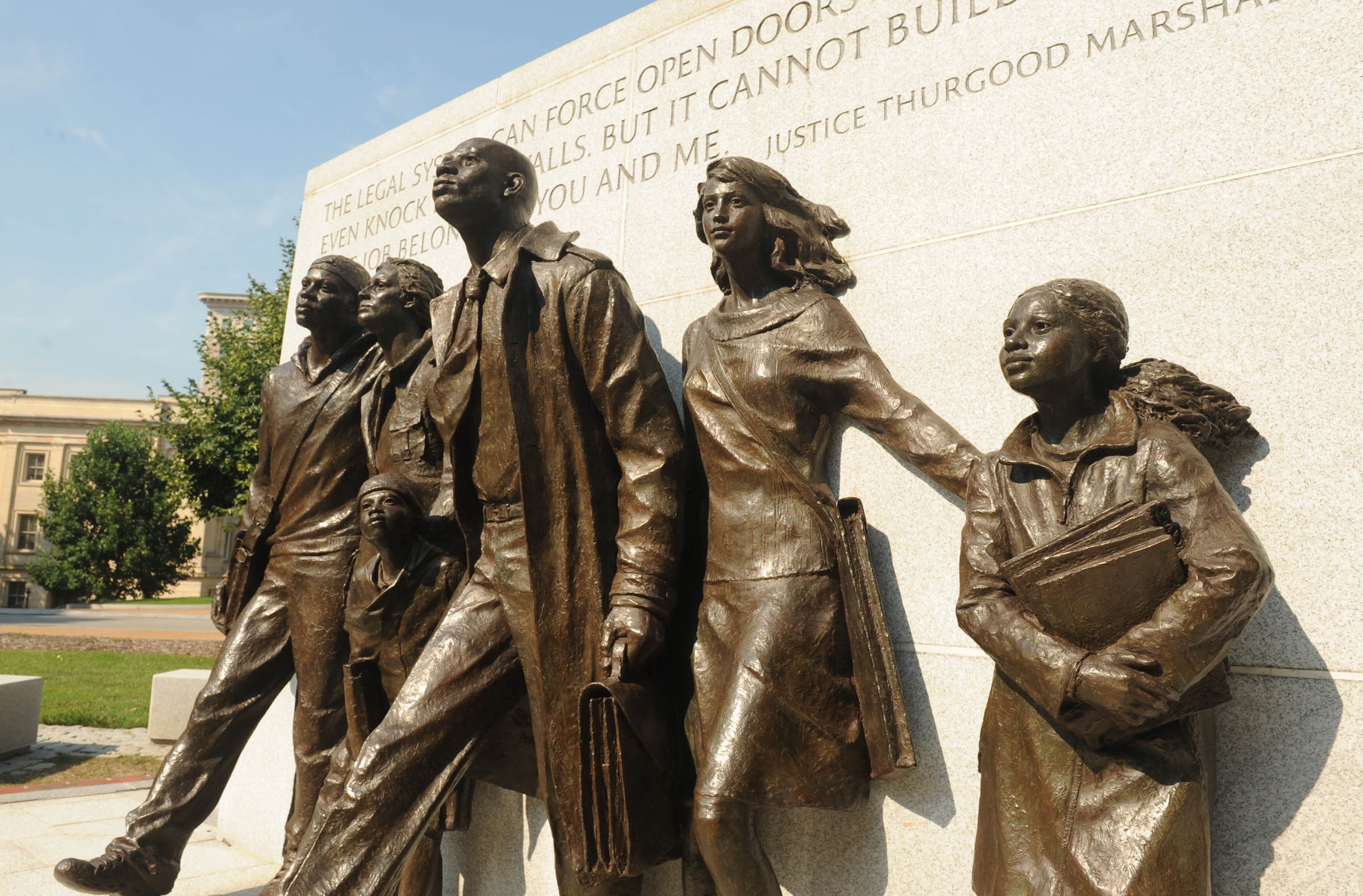 A statue of Thomas Jefferson by Ivan Schwartz is placed in the underground extension of the Capitol. It is Richmond's seventh public statue (three others are in the Capitol Square complex) Richmond honoring the third president.

City budget includes $2.3 million for public art, a record, reflecting art for the  $130 million replacement for the City Jail.