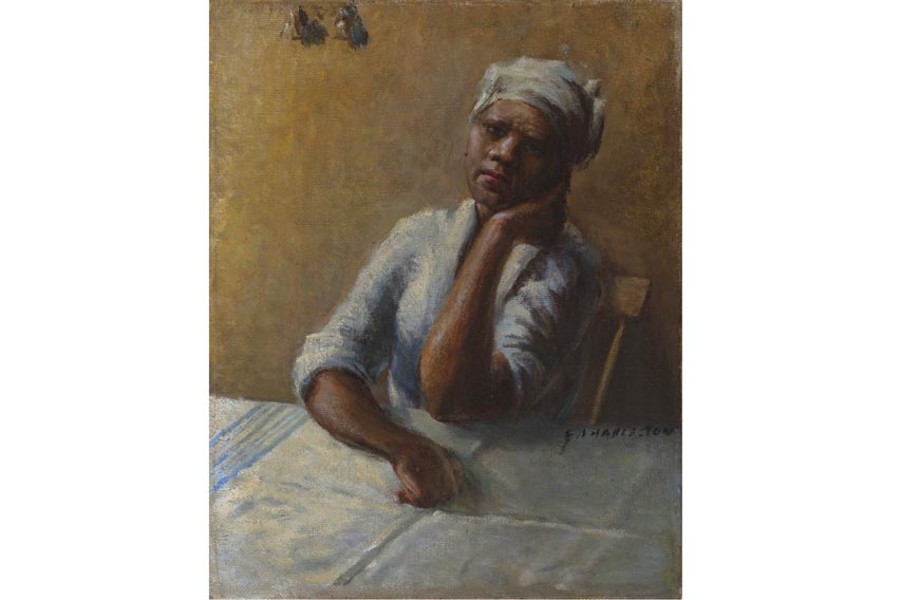 Artist Edwin A. Harleston’s “Untitled” is featured in “A Special Kind of Soul: the Historic Barnett Aden Gallery and Its Artists” at the Black History Museum and Cultural Center of Virginia.

The black woman’s face shows wariness, but it’s tempered by a clear sense of self-determination.

She’s not given a name in Elizabeth Catlett’s untitled oil painting, but her contemporary hat is neatly in place and her eyes are resolutely fixed ahead as if to say, “I got this.”

A similar attitude epitomized the philosophy of the renowned Barnett Aden Gallery, America’s first successful black-owned private gallery which operated from 1943 through 1969 in Washington.

After the death of its founders, many of the pieces found their way into the Barnett-Aden Collection of African American art, now owned by billionaire Robert Johnson, founder of Black Entertainment Television, while others made it to Richmond and the collection of John and Margaret Gottwald.

“A Special Kind of Soul: the Historic Barnett Aden Gallery and Its Artists,” currently on view at the Black History Museum, features 22 artists who showed at the groundbreaking gallery. The works in the exhibit address mid-20th century concerns of black Americans, issues such as migration, identity and place. Many make a statement simply by depicting blacks in an uplifting manner because that represented a break from the past when they were typically shown as subjugated. 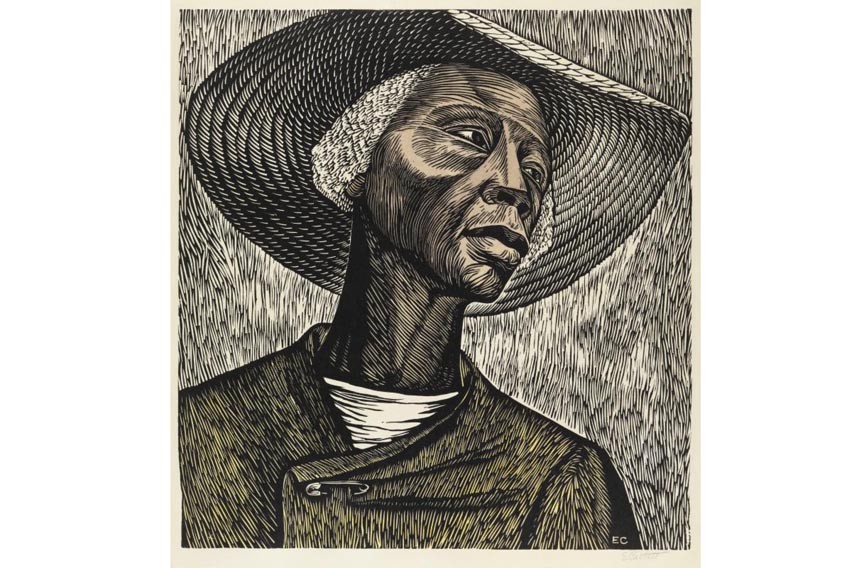 According to the Black History Museum’s interim executive director, Adele Johnson, the gallery’s mission was to provide an exhibition space for talented artists without regard to ethnicity or national origin.

“They would put two pieces together, one by a black artist and one by a white artist,” Johnson says, explaining that black artists weren’t being offered opportunities to show their work alongside white artists or even acknowledgement that they existed within established art institutions. “Their point was that talent doesn’t have a color.”

Over a quarter century, the gallery was known as the go-to place for cultural conversations where artists, musicians, writers and even politicians of every race met openly for social, professional and artistic dialog, a diversity rarely seen in the deeply segregated nation’s capital.

“So many well-dressed white people came to the gallery that the neighbors thought it was a house of ill repute,” Johnson says, pointing out a photograph of Eleanor Roosevelt at the gallery with its founder James Herring and the first curator, Alonzo Aden.

The impressive collection of paintings, prints and sculpture that make up this show pay homage to the role of black artists within the framework of American art and art history in general.

Another untitled work, this one by Edwin A. Harleston, shows a black woman, her sleeves rolled up and a kerchief on her head, sitting at a simple table with bells on the wall behind her. She appears to be a domestic servant taking a break, but skin color aside, the composition and subject matter are reminiscent of Rembrandt’s “A Kitchen Maid.”

Several posters in the exhibit speak not only to the growing artistry of graphic design but also provide a window into the times. Lawrence Burgess puts a football player, his leg as high as his head after a kick, at the center of “Howard Lincoln Football Classic,” the small print reading, “Admission $1.50 plus 15 cts tax,” a hefty price for a game ticket during the Depression.

Catlett, better known now for her sculpture, also explored the commercial potential of graphic art in her stylized poster “Hats by Suzy White,” aimed squarely at the middle-aged black women depicted in the poster wearing elaborate hats, veils and furs.

Those curious about the LeDroit neighborhood where the gallery was located can get a glimpse of it in John Farrar’s “Waiting” from 1947. In it, a woman leans against a leafless tree in front of a many-windowed house surrounded by an iron fence, all typical of the 19th century neighborhood near Howard University.

“The take-away is that talent is colorblind. The work stands up, despite some artists having little training and using what were substandard tools and materials,” Johnson explains. “Their talent, skill and motivation are what made it happen.” S

“A Special Kind of Soul: the Historic Barnett Aden Gallery and Its Artists” through Oct. 14, at the Black History Museum, 122 W. Leigh St. blackhistorymuseum.org.