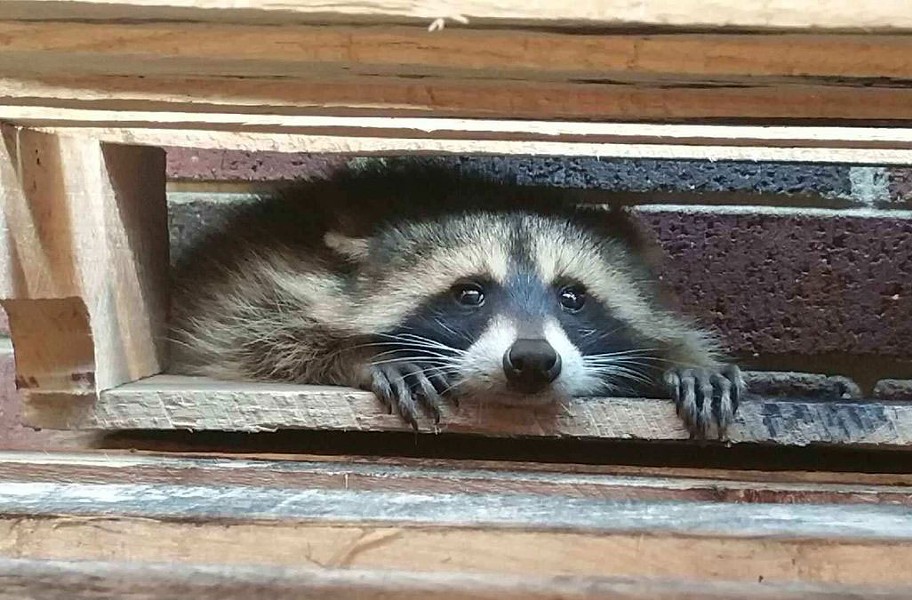 Virginia Beach Sheriff's Office A raccoon that staff at the Virginia Beach Correctional Center have named Bandit arrived at the facility in July and has been making regular appearances at its canteen storage room window.

Employees at the city jail aren't used to seeing someone trying to break in.

So when they noticed an adorable "masked bandit" show up every afternoon looking determined to get in, it caught folks' attention.

"Bandit," as he has been nicknamed by jail staff, is a juvenile raccoon.

He arrived at the correctional center a couple of weeks ago on a delivery truck from Georgia, jail spokeswoman Kathy Hieatt said.

"They were unwrapping a pallet from the truck when they saw him scurry over to a crevice between the buildings," Hieatt said. "He's been here ever since."

Bandit visits the jail's canteen storage room every afternoon. That's where candy, snacks, notepads, toiletries and other items are kept.