Though long, the Tony-winning musical “Falsettos” is still in fighting form. 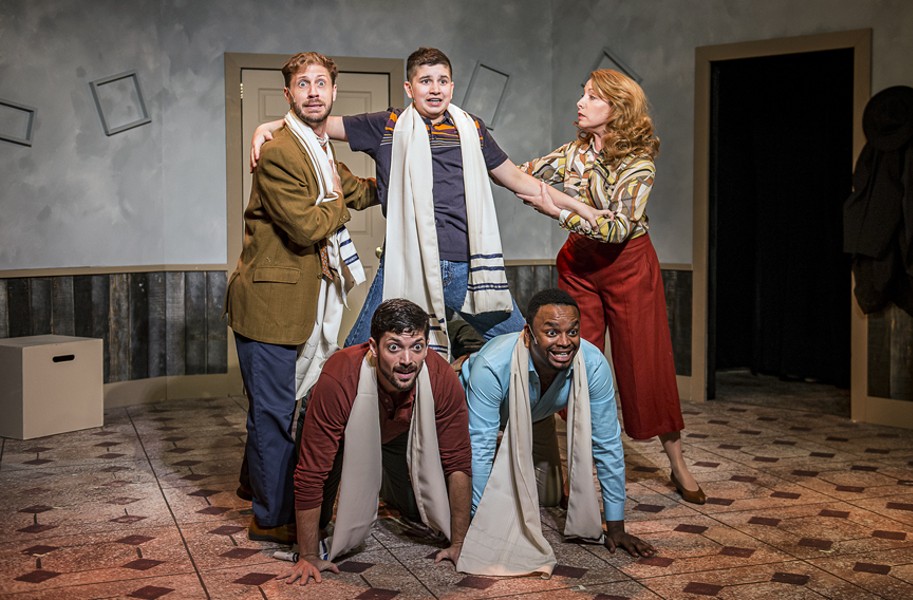 When it first hit Broadway in 1992, "Falsettos" appeared like a rocket ship from the future.

At a time when Pat Robertson was warning at the Republican National Convention that Bill Clinton would "appoint homosexuals to his administration" and the World Health Organization was declassifying homosexuality as a mental illness, here was a musical about a man leaving his wife and child for another man while trying to maintain "a tight-knit family."

Groundbreaking as much for its form as its content, bridging Broadway spectacle with off-Broadway candor, "Falsettos" was a breath of fresh air on the Great White Way.

But does this AIDS-era musical still resonate in an age when families are what you make of them and "Modern Family" is entering its 11th season? As staged at Richmond Triangle Players, the answer is largely yes.

Beginning in 1979 in New York, "Falsettos" focuses on Marvin (Matt Shofner), a gay man who wants to maintain his traditional family while adding his lover Whizzer (Durron Marquis Tyre) to the mix. Marvin's wife Trina (Casey Payne) is trying to deal with the messy aftermath of Marvin's decisions, as is their 10-year-old, chess-obsessed son Jason (Rowan Sharma). As if there wasn't enough going on already, Mendel (Dan Cimo) — who somehow becomes everyone's psychiatrist — harbors an intense attraction to Trina.

From the show's galloping opening number "Four Jews in a Room Bitching" onwards, it's clear that William Finn and James Lapine's Tony-winning musical is still in fighting form. Packed with ideas and surprises, this kvetch fest is frequently funny and more sweet and sour than a Chinese feast on Christmas.

The cast is uniformly solid throughout and sings beautifully, with Shofner personalizing his egotistical protagonist, Tyre giving voice to his character's needs in "The Games I Play" and Cimo developing Mendel from a work-obsessed bachelor to family man. Rowan Sharma plays Jason naturally, and Payne's performance of "I'm Breaking Down" is already a highlight of this young theater season. Rounding out the cast, Kelsey Cordrey and Rachel Marrs are equally engaging as the lesbian couple next-door who are sucked into the family dynamic.

Backing the cast is Natan Berenstheyn's band, which sounds fuller than you'd think a three-piece would, and Jonathan Sparks' sound design balances the musicians and singers so you can catch all of Finn's witty lyrics. Michael Jarrett's lighting and Sheila Russ' costumes work well, but Kevin Johnson's drab gray set decorated with picture frames is a dud. It's unclear what the frames are supposed to symbolize, and the backdrop is just plain ugly.

There's much to love with director and choreographer Debra Clinton's staging, but I had a hard time investing emotionally in this show of personal and familial growth. Despite the many elements that work, the show sags under its two-hour-and-40-minute running time. Though it left me cold emotionally, perhaps I'm not the best judge. By the close of opening night, many in the audience were wiping away tears.