Our former Punch Drunk columnist looks back on his atrocities. 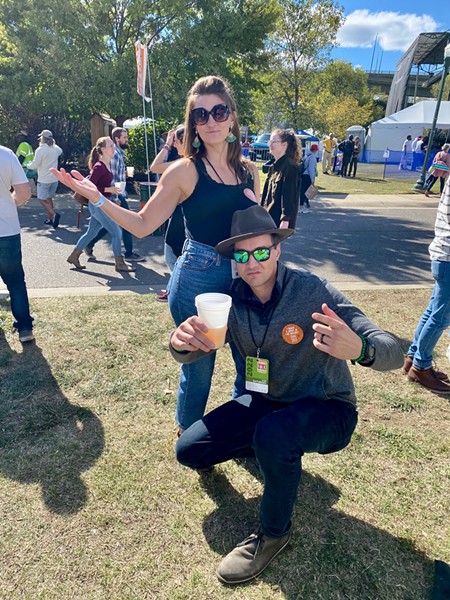 I started writing a column for Style Weekly in 2009. I was 26 years old. For anyone who cares to remember, I wrote about all the things that a red-blooded, American, 26-year-old male was supposed to be into.

Mainly I talked about drinking. A lot. I talked about bars, about cocktails, about being in bars with cocktails. The name of the column was Punch Drunk if that tells you anything. And quite honestly, at the time I didn’t know my ass from my elbows, but I wrote with some sort of style and a sharp sense of humor. At least enough for then Style Weekly Editor Jason Roop to keep me around and writing a column for nine years.

During that time, I branched out and profiled a number of local luminaries for Style. Mayors, city council people, local businessmen, famous drag queens, bar owners, bartenders. So many bartenders. At the time I was a bartender all over the city, so it made sense. I was out most nights doing unspeakable things and committing atrocities that only a late-twentysomething/early-thirtysomething could. I wrote for a bar magazine in Berlin, who were kind enough to fly me out now and then. Even for a self-professed late night king, Berlin was a bit much.

As time wore on, I got a job doing morning radio with Melissa Chase on 103.7. Life got more serious as I kept writing, kept committing atrocities – but the tide was definitely ebbing. The atrocities were more like blunders now. Eventually I fooled a woman into marrying me. Then we got a dog. Fast forward to now and I’m almost 40. I work in sales for a major corporation. I have good health insurance and a 401(k). I have to get my thyroid checked regularly because glandular issues run in my family. I get a slight headache after too much red wine. Hair has started growing on my shoulders. I don’t like it. There wasn’t any hair on my shoulders before!

What the hell happened?

I remember – vaguely, in a sort of drunken haze – a few people telling me that I would grow up and grow out of my hellraiser stage and, at the time, that was unthinkable. I’m not becoming some desk jockey who goes to his kid’s soccer games and hangs with the other dads in the neighborhood. I’m a rebel! And while I’m not a soccer dad, I do have a desk now. Turns out those people were right.

Style Weekly is a great publication that I was fortunate to write for. It’s a real alternative news source in a city that needs it badly at times. It’s always been the little engine that could, standing up to the powerbrokers and bullies and bullshit artists and the people who needed to be stood up to. I miss being a part of that and I miss what Style Weekly stands for.

I will not miss vomiting in Fan alleys and waking up with a six-Advil headache.

Although I do it every now and then for old time’s sake.