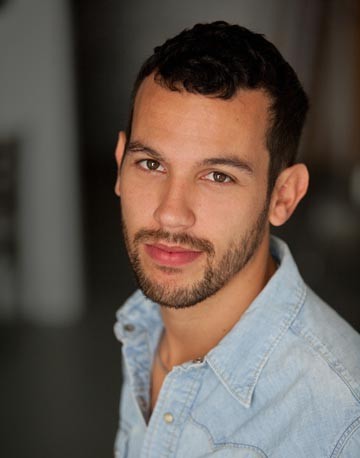 The prototypes for the kilogram — objects locked away in vaults across the world and used to set the standard upon which much of science rests — are losing weight at various rates. While this has created a flurry of lab-coat panic to re-validate the ground zero of scientific measures, most of the world keeps ticking along, because we always live in unquantifiable and unpredictable ways. Life is sloppy. It changes, even, for the kilogram. We constantly alter the definitions of who we are or were, and in the end, it's all just a negotiation with a standard that doesn't really exist.

Justin Torres is traveling to Richmond to read from "We the Animals" (Mariner Books, $12.95 paperback), which won the 2012 VCU Cabell First Novelist Award. But his book breaks my working definition of what a novel is. It won the prize, is marketed as such, and has enjoyed a favorable critical reception — all by people much smarter than I, who matter-of-factly refer to it as a novel.

Suffice it to say that in the strictest sense, "We the Animals" isn't a novel, but a collection of short stories in which characters reappear. Each story can operate on its own, removed from the whole. The characters don't develop in the careful, systematic way of novels. Themes in Torres' book typically change with each new story, though all are grouped loosely under the definition of family life amid a larger cultural context that actively seeks or benignly deigns to destroy it. And it is short. At 125 pages, it risks being insufficient for even a thin collection of short stories.

So why do I admire "We the Animals" as much as I do? It must be because, in the final analysis, I don't care that it may not be a novel. The quality and freshness of the language provide the newness that is at the very root of the word "novel." These stories work on me not because they expose aspects of family life we haven't seen before, but because they package the narrative in a style that's exactly the author's own. Rarely does Torres get overly concerned or distracted by the need for meaning or plot. Instead, he relies on granular detail and unique, sometimes profound perception to sustain the quiet power of the work.

Torres' style and perspective pull us toward intimacy. Until the last major story, which is more removed, his unfaltering use of the first-person plural voice, the voice of "we," allows us to join the central character and his two brothers ("The magic of God is three. We were the magic of God. Manny was the Father, Joel the Son, and I the Holy Spirit"). We sit on his shoulder as they stave off boredom, examine the first flickers of their individuality and engage in risky behaviors. We watch while they struggle to survive a life marred by an abusive father ("He told us the dentist had been punching on her after she went under; he said that's how they loosen up the teeth"), a neglectful mother ("she was no good at feeding us"), and the supreme oppression of poverty. Like a confession or exorcism, the truth of these dark shadows must be admitted and explored to get us to the sweetness at the center of his stories, the breathtaking salvation of joy that alights when the characters connect, despite it all, to their own particular brand of love.

And so, like the kilogram, love can't really be altered from our simple definition of the concept. Only when we try to bring manifestations of the abstraction into the world do they tend to fall apart. Torres relies on feelings that aren't always spelled out, but hover just above the page as perfect cubes extracted from the world, the weight equivalent to one liter of impossibly pure water. S

Justin Torres will read from "We the Animals" for the VCU Cabell First Novelist Festival at the Grace Street Theater on Thursday, Nov. 8, at 7 p.m. A discussion will follow, along with a book signing and reception. Free; registration requested online at novelist.library.vcu.edu/festival.html. Call 828-0593 for information or special accommodations.