As theater begins to emerge from the pandemic, local theater groups are staging revivals and stories about race, sexual orientation and spiritual healing.

By Claire Boswell and Rich Griset 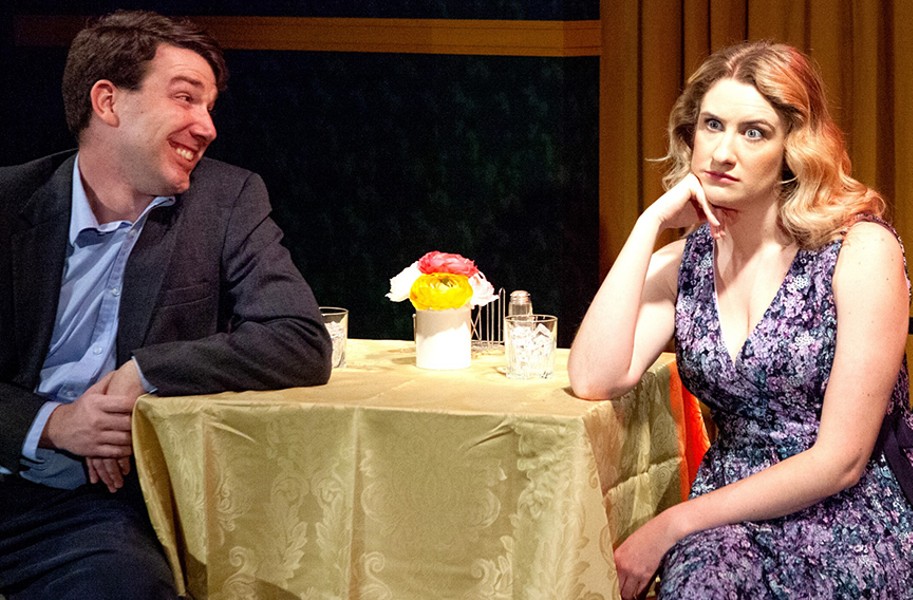 Like so much else, Richmond theater has been in a state of limbo for more than a year.

At the start of the pandemic, every show in the city shuttered its doors and canceled its current run. Then, in June 2020, our own Firehouse Theatre may have been the first professional theater in the country to play to a live, indoor audience with its one-man adaptation of “The Picture of Dorian Gray.” Staged with a mandatory mask policy, a drastically reduced audience and other safety measures, “Dorian Gray” was just the start for Firehouse, which continued to stage shows in the following months. Other theaters followed suit, including live, outdoor and digital performances.

Though the delta variant continues to surge, so far it appears that we’re heading towards a more normal theater season than the one previous. This fall, we’ll see a slightly expanded list of theaters opening their doors to bring us a few revivals of pre-pandemic shows that had to close, and some exciting new offerings, as well.

Here’s a mock conversation between Claire Boswell and Rich Griset, Style’s two theater critics, about what the upcoming season holds:

Claire Boswell: I’m interested in the revivals and re-mountings, the shows we would have seen in 2020 that had to be canceled or cut short. I was so disappointed that I never got to see Swift Creek Mill Theatre’s production of “I Love You, You’re Perfect, Now Change” (Sept. 11 – Oct. 23). Joe DiPietro and Jimmy Roberts’ musical comedy ruminates on love and relationships through a series of vignettes. This show had a long off-Broadway run through the ’90s and early aughts, and the Swift Creek Mill production features some standout Richmond talent, including Rachel Marrs and Ian Page. I’m so glad they decided to bring this one back!

Another show that’s returning this fall is Cadence Theatre Company’s production of Bess Wohl’s “Small Mouth Sounds” (Sept. 23 – Oct. 3), which sees a group of six people seeking spiritual healing at a silent retreat. I actually got to see this show right before it closed in March 2020, so I’m excited to see how this material might hit differently now, and anything about the performances that may have changed since its first truncated run.

Rich Griset: I’m most looking forward to a trio of local shows that explore race and our society today. The first of these is being staged by the Conciliation Lab, a new theater company forged from the merger of TheatreLab and the Conciliation Project. In Eleanor Burgess’ “The Niceties” (Sept. 16 – Oct. 2), two progressive women – a Black millennial and a white baby boomer – square off about race, reputation and history. The Washington Post called it a “barnburner of a play.” The Conciliation Lab is following this with Young Jean Lee’s “Straight White Men” (Dec. 2-18), a play about three white brothers returning to their childhood home in the Midwest to spend the holidays with their widowed father. Though the title may suggest satire, the play ultimately entails a more universal exploration of identity, despair and privilege.

Virginia Repertory Theatre is also getting in on the action with “Pipeline” (Oct. 15-Nov. 7), a play about an inner-city public high school teacher whose son is fighting a system rigged against him while attending a private school. Variety called it “an emotionally harrowing, ethically ambiguous drama that raises barbed questions about class, race, parental duty, and the state of American education.”

Boswell: Those all sound amazing. And I’m reminded that the American Shakespeare Center in Staunton will bring the world premiere of Anchuli Felicia King’s play “Keene” (Oct. 7 – Nov. 28) to the Blackfriars Playhouse. This is a thought-provoking comedy about two scholars of color at an academic conference on Shakespeare. King is the most recent recipient of the center’s Shakespeare’s New Contemporaries program, which awards a new playwright whose work is inspired by or in conversation with Shakespeare, and this show sounds like it fits right in with the themes and questions we’re going to see onstage this season.

Griset: Also at Richmond Triangle Players, we’ll have Philip Ridley’s “Vincent River” (Sept. 22 – Oct. 10) a play where a woman only learns that her son was gay after he has been killed in a homophobic attack. The one-act show sounds a little reminiscent of “The Laramie Project” in its choice of topic. Opening the same week, Firehouse will stage its War in Pieces Festival (Sept. 23-Oct. 30) a series of new one-acts written by military veterans about tipping point moments in their lives when they could have been killed or died. The festival will feature works by David Aldridge, Rachel Landsee, Robert Waldruff and Chuck Williamson.

Boswell: I want to also mention that we’re going to have plenty of shows to help celebrate the holidays, starting with CAT Theatre’s “Nevermore! Edgar Allan Poe: the Final Mystery” (Oct. 8–16) just before Halloween. It’s a play that imagines the events, lost to history, that preceded Poe’s mysterious death. Making use of Poe’s stories and poems, this show sounds like a fun way to celebrate our most-loved writer of the macabre at the onset of the spooky season.

Then, in December, it’s going to be a nostalgic holiday season with some fun, entertaining shows to enjoy with friends and family and a couple of holiday classics. Virginia Rep’s “It’s a Wonderful Life,” (Dec. 3 – Jan. 2) will bring the classic holiday story of George Bailey’s fantastical encounter with his guardian angel Clarence to the stage. If you’re more interested in light, festive holiday fare, you might want to head down to Swift Creek Mill for “Winter Wonderettes” (Nov. 20 – Jan. 1). In this fun musical revue, the Wonderettes, a four-part female singing group, are preparing to perform at the Annual Harper’s Hardware Party when Santa goes missing. This show features 1960s styled holiday songs, and it sounds like a great show for the whole family.

While I can’t say that I know much, at this point, about the upcoming holiday musical revue (Nov. 17 – Dec. 18) coming to Richmond Triangle Players this holiday season, I imagine it’s going to be better suited to groups of friends than the whole family. Richmond Triangle Players is known for offering fun cabarets with cheeky humor that really lets local actors shine, so I can’t wait to see what it’s got in store for us this holiday season.

Griset: Until next time, see you in the theater!

Boswell: Yes, see you there! Until then, stay safe.


Back to the Fall Arts Preview