A New Richmond Art Fair Takes Aim at the Next Generation 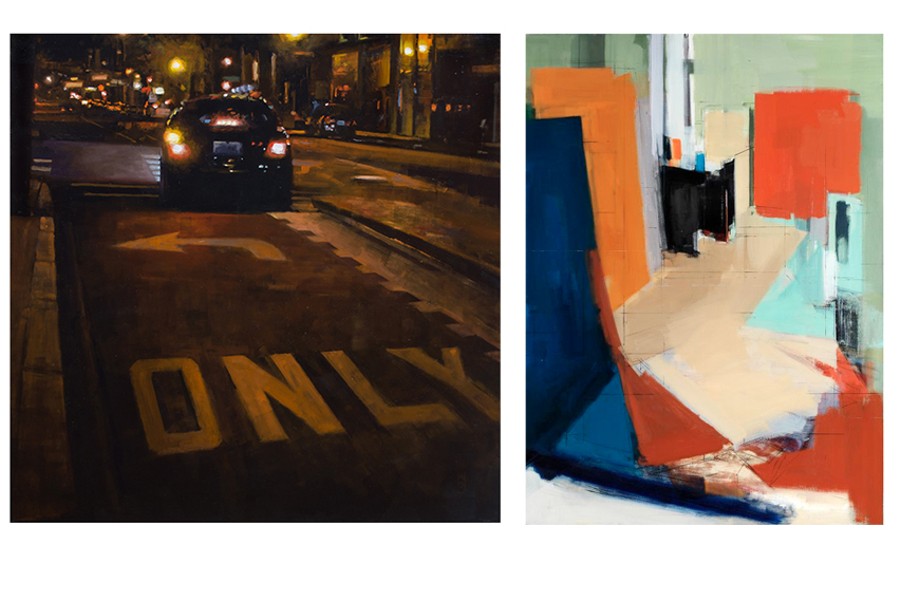 How do you interest new and younger people in contemporary art?

A project in the works for nearly a year, Current began as a solution to a problem. From Oct. 20-23, seven Richmond galleries will come together to hold an inaugural art fair in Scott’s Addition.

The event is being organized by a group of directors and owners from 1708 Gallery, ADA Gallery, Candela gallery, Glave Kocen Gallery, Page Bond Gallery, Quirk Gallery, and Reynolds Gallery. They’re working with Caroline Wright, former curator of the Visual Arts Center of Richmond, who is acting as Current’s fair coordinator and gallery liaison.

“We banded together because the stronger and healthier the art community is, the better it is for all of us,” says Alice Livingston, co-director of Reynolds Gallery. “Different galleries bring different perspectives and different artists.”

They recruited an advisory board composed of contemporary art collectors Bill and Pam Royall and Ted Elmore, the retired dean of the Virginia Commonwealth University School of the Arts, Joe Seipel, VCU design professor Sara Reed, and Virginia Museum of Fine Arts’ curator of modern and contemporary art, Sarah Eckhardt.

“We want to get the under-50 crowd more involved, especially with the momentum of the ICA opening next year,” Wright says of the university’s Institute for Contemporary Art. “And it’s not only about buying contemporary art but paying attention to it. We hope coming to the fair is less intimidating than walking into a white-wall gallery with people you don’t know. That’s one reason it’s free and open to the public.”

John Pollard, the owner of ADA Gallery, notes that most people who go to galleries are artists. For others, it can be intimidating. “I tell the people that walk into my gallery, feel free to hate it,” he says. “Hating the art isn’t bad, because you might like the art next month. Just go and ask questions with yourself about what you see.”

Pollard has participated in art fairs since 2006 at locations including London, Miami, New York and Washington While ADA Gallery is located only in Richmond, until 2015 Pollard co-owned a partner site in New York, Mulherin and Pollard.

“My joke about New York City is that even if you think you hate art when you move there, you get it through osmosis,” Pollard says. “I think it’s just exposure to art. With Current we want to expose people to art. We need more forms of art. Art is free to look at all over the world and art is made to communicate.”

Similar to the format of other art fairs, Current will be housed in a 5,000-square-foot warehouse in Scott’s Addition, which will be divided into seven temporary booths.

“We were limited to seven because of space,” Wright says, noting that the neighborhood was chosen because “it’s the place to be. It’s so up and coming. Everything is changing hands there in turn of ownership.”

The team behind Current already has its sights on the future. Wright says the goal is to grow by the second year to include galleries from outside Richmond, because “really, there’s no art fair in the mid-Atlantic.”

But organizers are also realistic. “I think the biggest hurdle to this project is, ‘Will the people really come?’” Pollard asks. “Often fairs don’t do well in their first year. It takes a few years for people to get it. I would rather Current be very successful in town and then it can grow.”

For those already battling art-fair burnout, you might roll your eyes at the thought of one more crowded warehouse of contemporary art and people. But for others, me included, the project should elicit a welcome hooray. Current offers Richmond the chance to further build upon a growing reputation as a major contemporary art hub in the Mid-Atlantic.