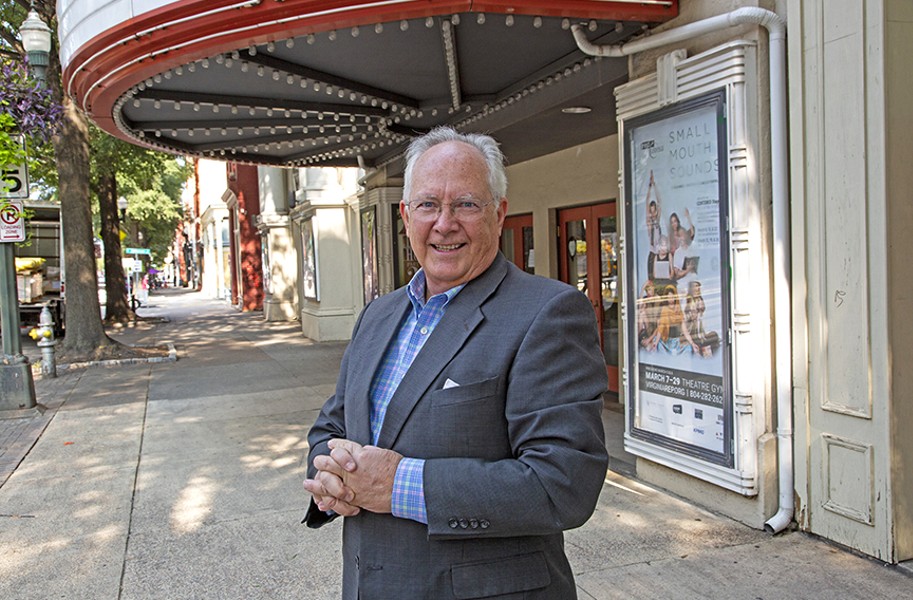 Scott Elmquist Phil Whiteway, general manager of Virginia Repertory Theatre on West Broad Street, says there will be “a team of artistic directors” after the departure of Nathaniel Shaw this year.

Like in sports, season openers are big in the performing and visual arts.

But in an autumn of pandemic and after a summer of social unrest, the 2020-’21 season looks different for organizations whose programs and budgets were once built on assuming live bodies would occupy seats and galleries.

And adding to economic and health challenges, some leading Richmond arts institutions are adjusting to artistic and management leadership changes.

But the times offer opportunities.

The Richmond Symphony’s Michele Walter quotes Winston Churchill: “Don’t let a crisis go to waste.” Recently, she was named interim general director upon the departure of David Fisk to manage the Charlotte Symphony after his 18 successful years at the helm here.

“Pre-COVID, RVA was one of the hottest cities by any metric,” says Harry Thalhimer, local businessman and scion of a family with deep involvement for generations in philanthropic and artistic endeavors here. A former president of the symphony, he and with his wife, Marcia, have given time, wisdom and treasure for 40 years to numerous arts organizations, large and small. “The symphony was hitting way, way, way above its weight compared to some top performing groups across the country. This also was true of groups large and small in every cultural silo here,” he says. “But that excellence is a blessing and a curse because resources are now challenged. But music is a healing factor and the arts shouldn’t be looked at as a nicety. Everyone needs a good cultural base so they can function.”

Says Marcia Thalhimer: “I’m no `Debbie Downer,’ but I do worry about the bottom line. Not all groups are going to make it. It’s hard to work remotely with that loss of connectivity. Leadership is incredibly important and organizations must collaborate. The current situation is forcing organizations to make connections.”

“’I’m encouraged by this weird challenge,” says Phil Whiteway, general manager of the Virginia Repertory Theatre and a veteran arts executive here who says he’s recently overseen such “heart-breaking” moves as eliminating his company’s national tours of youth plays to 30 states. It represented 20% of the company’s income and required layoffs for 28 actors.

Whiteway says many of those artists were soon brought back with federal funding and the theater has since filmed videos of many popular productions ranging from “The Little Red Hen” to “Harriet Tubman and the Underground Railroad.” It has also developed an online monologue series, “Hope from Home,” featuring playwrights and actors sharing personal experiences during the pandemic.

“We’ve created a team of artistic `directors,’” says Whiteway, in response to the departure of its artistic director, Nathaniel Shaw, earlier this year. “While waiting for the clouds to clear, we’re refocusing and fine-tuning our mission. Whiteway points out that while it has embraced racial diversity since its beginnings in 1954 at Barksdale Theatre, it is now “going the extra mile” in increased inclusiveness in casting, backstage talent, board leadership and community input.

Dominic Willsdon, executive director of the Institute for Contemporary Art at Virginia Commonwealth University, has communicated with colleagues nationwide and shared ideas. “They see this as a period we will get through, but the challenge is how to bridge the gap. There will be a slow fade into a new reality.”

“ICA programming since the start [in 2018] was conscious of the historical legacy of Richmond and this past summer puts that in a sharper light,” Willsdon says. “The movement for racial justice has impacted those values for our staff and we have seen new relationships form between the staff and the work of the ICA.”

Willsdon says that the institute reconfigured a recent exhibition to utilize more space outside its building in light of the pandemic. There will be future off-site projects. An on-site media center is under development and the institute has partnered with VPM to create digital engagement projects to create a strong outlet for artists, performers and writers. The collaboration was initiated pre-pandemic, but he says: “That now takes on new resonance.”

And since the resignation of curator Stephanie Smith, the institute has strengthened bonds with an enhanced advisory group of artists and curators.

Since Sept. 15, a new dean has been at the helm at the university’s School of the Arts, a sprawling 16-department, marquee division of the university, of which the ICA is not a part. Carmenita D. Higginbotham, who holds a doctorate in art history from the University of Michigan and formerly was head of the McIntire Department of Art at the University of Virginia, has researched and written extensively on 20th-century American art between the world wars, and how the notion of “the city” has an impact on representation.

“We are entering a key cultural and social moment in the United States and around the world, with so many questions that are pivotal to the arts,” she says in comments provided by the school. “This is a rich opportunity to not just respond but to create.” Higginbotham calls her school’s mission “dynamic” and applauds its “boots on the ground quality,” but says its work will be difficult and even painful at times. “But I cannot stress enough that such creative work needs to take place.” 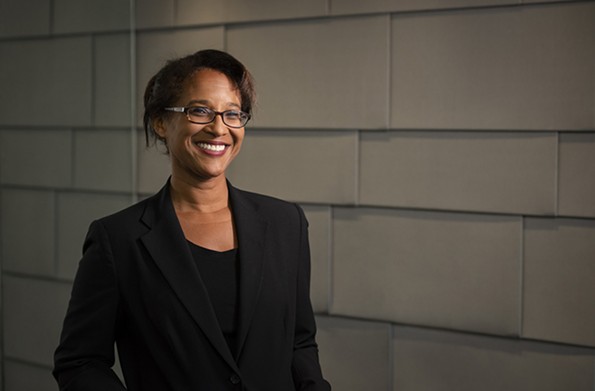 For the Richmond Symphony and Maymont, the fruits of an ambitious collaborative program were presented Sept. 12 outdoors at Maymont. It was unique venue for the orchestra’s opening night of sorts. Unlike past seasons, the symphony’s Big Tent sheltered the players. There were neither primped up patrons nor festive afterparties. Instead, attendees were assigned seats in boxes spray-painted on the lawn. Refreshments came from food trucks.

“We think of keeping 6 feet from others,” says the symphony’s interim director, Michele Walter. “But the orchestra had to meet ‘blowing air’ requirements of 10-foot distancing for brass and wind sections. Custom masks were sewn by a spouse of one of the players.”

It was a special occasion with the podium debut of Valentia Peleggi as the symphony’s new musical director. Entwined with such American orchestral works as Aaron Copeland’s “Fanfare for the Common Man” and “Amazing Grace,” narrators and actors relayed stories of individuals employed on the once sprawling estate, now a city park, at the turn of the last century. A number of years ago, Maymont was a national leader in developing an interpretative narrative that focused on downstairs, including Black employees, at the Gilded Age mansion.

“The program was incredibly successful and relevant,” says Walter, whose focus on unforeseen recent pressures, like her colleagues at other arts organizations, has been constant. “I had a visceral response; I walked out and started to cry.”