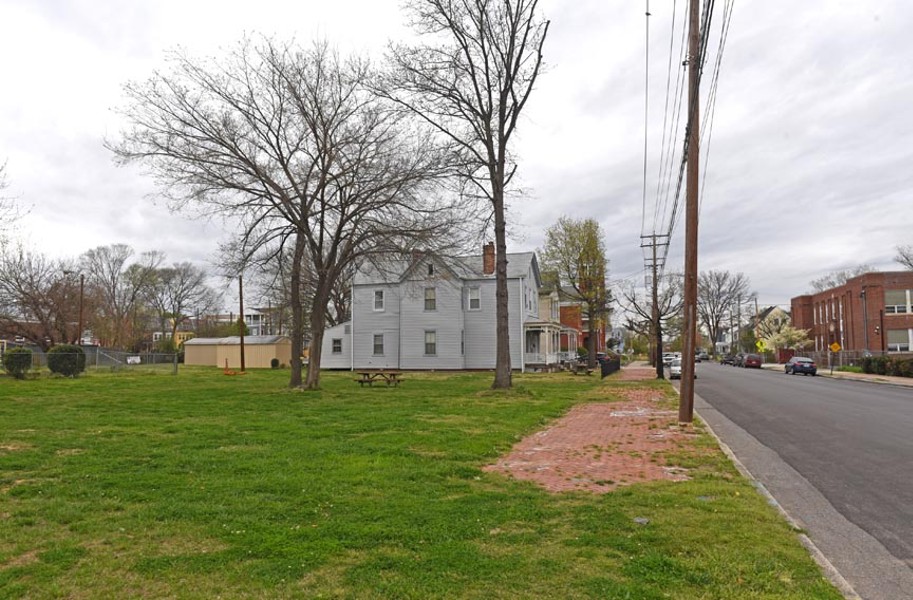 Scott Elmquist A lot next to Sacred Heart Church on Perry Street, in Manchester, is set to become the site of a new work-study private school coming to Richmond.

A national chain of private schools with a work-study model is poised to enter the Richmond market, setting its sights on Manchester.

Supporters of Cristo Rey, a Jesuit Catholic school founded in Chicago, plan to build the campus next to Sacred Heart Church on the 1400 block of Perry Street. They hope to open in time for the 2019-2020 school year.

Backers of the four-year college preparatory school have raised about $2 million toward the $2.5 million needed to trigger support from the national organization.

Cristo Rey schools aim to serve low-income populations by offering a private education for around $900 a year. About 60 percent of the school’s funding comes through corporate donors, which pay $34,000 a year to support the enrollment of four students. In turn, those four students work at that company one day a week to pay for their education that year.

“The corporate relationship is critical to the success of these schools,” says Alexa Quinn, feasibility study co-chair for the school. “Many of these students have never seen the downtown areas, so we are exposing them to a world that they’ve never seen and have never felt like they’ve belonged in or knew existed.”

Another 30 percent of school funding comes from traditional fundraising, and families are expected to pay around 10 percent of the tuition. But the school will work with parents on that, says another study coordinator, Katie Yohe.

“No family will ever be turned away because they can’t afford it,” she says. For a family of four, there’s a $35,000 income cap for the student to be eligible to attend.

Virginia Commonwealth University professor Genevieve Siegel-Hawley, whose 2016 book examines racial stratification and inequality in American schools, says it’s difficult to evaluate the success of such programs, depending on how they recruit and choose their students. But she questions the model of an economically segregated school, even one with good intentions.

“There are lots of important things you don’t get from a segregated school, like learning to negotiate across differences,” Siegel-Hawley says. “That’s not to say we don’t have segregated public schools. But it continues to decentralize our efforts.”

Quinn cites the success of the 32 Cristo Rey schools across the country: “It was designed to educate this population group. Their motto is transforming urban America one student at a time.”

The school plans to enroll 100 ninth-grade students in its first year and build to 400 to 450 students. Formal recruitment hasn’t started, Yohe says.

Quinn declines to named the 17 corporate donors on board, but says they’d be familiar to people. “We’re being embraced by the Richmond corporate world,” she says. “They love this work-study model — and to be philanthropic in their workplace.”

The Catholic Diocese is donating the land, next to two row houses it owns on church property, as well as a substantial sum of money.

Yohe estimates a goal of raising another $12 million to $15 million for construction. She says the building that housed the Southside Child Development Center, which closed last year, is likely to be demolished.