A New Label Lifts Off 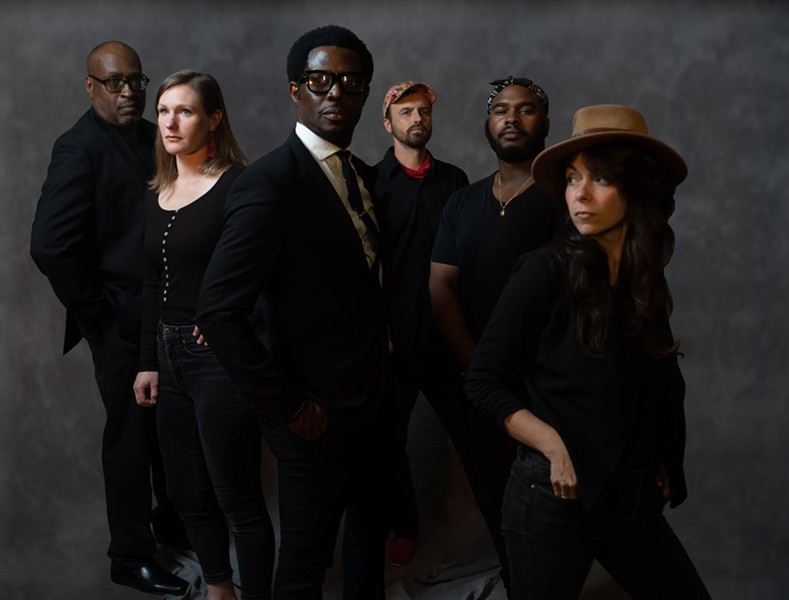 With its sleek assortment of dials, screens, desk chairs and windows to adjacent recording spaces, the control room at In Your Ear Studios has the feel of a command center — ready for launch at a moment’s notice. While the Shockoe Bottom facility is typically the setting for audiovisual work ranging from recording Grammy-winning R&B albums to crafting Geico commercials, a new record label named after the surrounding neighborhood is blasting off with the studio’s co-founder, Carlos Chafin, at the helm.

“This has really turned out to be the hub,” Chafin says of In Your Ear.

Newly delivered Shockoe Records postcards are stacked on the control room table next to a CD of the label’s first release, “Reckless Sophistication,” by blues outfit Elizabeth Wise and Her Guys. Rapper Chance Fischer is heading out after bouncing some sonic decision-making off Chafin, who will serve as the label’s president. Later, the Shockoe Records’ other co-owners, Craig Martin of PBS series “The Good Road” and Queon “Q” Martin of Soulidifly Productions — both past In Your Ear clients — will stop by. “It has become Grand Central Station here,” Chafin adds.

A lack of promotional options for “Reckless Sophistication” lit a fire under Chafin to start the label. But as he sees it, that need runs deep and wide among Richmond artists. “When it comes to putting out product,” Chafin says, “they put it out and their friends and their family buy it, fans that they’ve cultivated within their universe will buy it — maybe — and then it stops.”

“We can identify for the artist how to be self-sufficient,” Q says, “and how to think broadly [about] their artistry, not as just making albums and CDs, but looking at sync licensing, looking at doing jingles … Really thinking outside the box.”

Shockoe Records is betting that more holistic success will help Richmond retain breakthrough-worthy artists. “We may be able to attract a few artists that normally would go off to Nashville or LA or somewhere like that,” Chafin says. “They will go, ‘I don’t need to go there. I’ve got enough infrastructure now so I can do what I need to do, right here at home.’”

The foundation underlying Shockoe Records’ infrastructure is well-established and interdisciplinary. Chafin offers comprehensive experience as a studio owner, producer and composer — “a person who has been in the industry for decades, who’s seen it all, who’s done it all,” as Q puts it. Q holds the title of COO and chief creative officer at Soulidifly and was instrumental in the development of the MoviePass subscription service, though Craig Martin traces his bona fides even further back: “Q’s diploma on the wall is the fact that he was an understudy to Joel Schumacher and Martin Scorsese.”

Q describes Craig as “a great connector, bringing everybody’s attention to what’s going on.” Shining a light on important issues is central to Craig’s work as co-host of “The Good Road,” whose second season premiere explored Richmond’s role in the aftermath of the murder of George Floyd. Shockoe Bottom figures prominently in America’s troubled racial past, and when it came time to name the new label, the two Martins (no relation) saw an opportunity for reclamation.

“Watching the city change and progress in a way that’s super-healthy … meant that when Q said, ‘Let’s call it Shockoe Records,’ I’m like, ‘Yeah, let’s redeem that part of town that was traditionally known for the trans-Atlantic slave trade,” says Craig.

From Shockoe Sessions to Shockoe Records

Carlos Chafin founded In Your Ear in 1990 alongside Richmond rock forebear Robbin Thompson. While the first cohort of Shockoe signees had established relationships with the studio, emerging artists stop by regularly as a result of Shockoe Sessions — Tuesday evening performances that are recorded and live streamed. In Your Ear has hosted the sessions in some form since the mid-2010s, but they’ve taken on added significance of late.

But with the breadth of the label’s built-in capabilities comes an acknowledgement that it can’t be all things to all people. “There are so many bands and there’s so much to do,” Chafin says. “There’s no way, even if we wanted to, that In Your Ear could possibly participate in all of this stuff.”

Shockoe Records will aim to grow, however, as financial projections depend on it. “Because of the model that we’re doing, where we share the proceeds with the artist and everything, we’re going to need to have a lot of artists to make the numbers work,” Chafin notes. “Luckily we feel like there are more than enough artists around here to make this work.” By year five, they're aiming to have as many as 30 acts aboard.

It’s not just growth for growth’s sake. The imprint’s leadership recognizes their success is inextricably linked to the health of the scene they’re serving. “You’ve got to cultivate the people, the artists, the community,” Q says. “That’s the give-back … How do you create something where those who are marginalized can be self-sufficient?”

One way is through partnerships with local businesses. In Your Ear already collaborates with Hardywood Park Craft Brewery on the Shockoe Sessions, and Elizabeth Wise’s website directs listeners to buy her album from Plan 9, whose owner, Jim Bland, has offered the new label advisory support. “We want local businesses to not just survive but thrive,” Craig says. “If we can make wise and smart business decisions, which includes our portfolio of artists… I think there’s a lot of people who will be waiting in line to partner up with us.”

Philanthropic impact is another avenue. From Chance Fischer’s social justice advocacy to Høly River’s ecological focus, there’s a push among Shockoe artists to make the world a better place.

“It’s not a determining factor,” says Reese Williams, chief communications officer and production coordinator for Shockoe Records, “but it has happened organically that all of the musicians are passionate about something. Høly River — they are passionate about water conservation. They’ve been on ‘The Good Road’ for that. They’ve partnered with the James River Association for those sorts of things. It just opens the doors.”

The label is off and running in this respect, with the goal of making a difference in the realm of music education. It is currently working with Charlottesville educators Mary and Mike Anderson of the PBS program, “Songs and Stories with Mary and Mike,” on a youthful offshoot of the Shockoe Sessions, which will be streamed to public schools to augment their existing music program. “A Sesame Street that’s all about music,” as Craig puts it.

In the short term, the imprint is busy lining up its first round of releases. “Reckless Sophistication,” the Elizabeth Wise album that jolted Shockoe Records into existence, is out now, with vinyl on the way soon. Høly River’s reimagined Shockoe Session lands later this month, and albums from Chance Fischer, Rodney Stith and Weldon Hill will follow.

They may be starting from the Bottom, but it’s onward and upward for Shockoe Records. “Every month from here until next year is a release [by] a Shockoe artist,” Chafin says.