A New Crop of Cinema Has Transformed LGBTQ Narratives From Campy to Nuanced, Mainstream Exploration 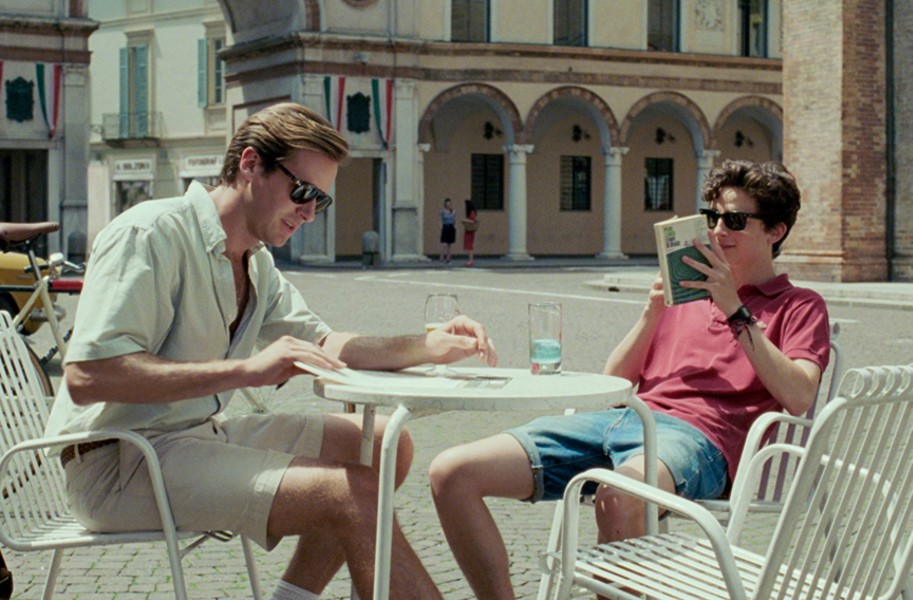 Armie Hammer is Oliver and Timothee Chalamet is Elio in the critically acclaimed “Call Me by Your Name.”

A lot of gay movies might be considered pretty terrible. Don't believe me? Just ask your LGBTQ friends to name some good ones. Then ask them to name some that are so-bad-they're-good. Which list is longer?

Dismissing them as bad because they might be a little campy ignores both essential gay culture and a history of underfinancing and historical disadvantages LGBTQ people have faced in media representation. For most of the history of film and television, actors and other creative people were justifiably afraid to be openly gay due to the negative effect it would have on their careers. Actors still struggle today with being out professionally.

Hollywood may be fabulous, but it has a long anti-gay history.

The production value of many gay-themed movies typically falls short of top shelf, and the acting is, well, sometimes only a semblance of acting. Some viewers might think such films toe just up to the line of soft-core, no-no movies, but I'd swiftly tell those prudes that the amount of sex or sex signaling is no different than most other movies involving hetero romance. Unclutch those pearls, sweetie.

Part of the camp can be chalked up to our having a flair for the dramatic, a cultlike devotion to divas — which differs depending on age and generation — and the potential to break into song and dance as the situation fits. Media created for gay people reflects that. Most of this genre is just an expansion of classic teen-sploitation films into stories with gay veneers of awkward jokes and acting. Even "Love, Simon," this year's mainstream movie about a high school kid who comes out, fits into this category though it was the rare mass theatrical release about a gay kid. This was partly due to a wide fan base from the popular young-adult novel it's based on, but it's also is a milestone worth noting.

Quality aside, these films retain an important place in most experiences of gay people growing up and figuring out their identities, whether it was renting from a video store or streaming online. At a time when you might feel alone or weird or invisible, movies like these, even the outlandishly bad ones, validate and affirm people who might question whether other folks like them even exist. And a generous smattering of such movies provided ample validation we were not alone even as the prevailing cultural mores shifted to become less ignorant and less openly hostile to our existence.

What I am here to do is to celebrate a welcome shift in the last decade to films that approach gay narratives as complicated, nuanced stories told with higher budgets and production values. That doesn't mean they're all great movies — I'm looking at you, "Love, Simon." But they represent an approach that goes beyond mere visibility towards stories that resonate as universal human experiences and with other audience groups.

These movies humanize and demystify the hurt and trauma still experienced by so many gay people. We have thankfully come a long way from transphobic and homophobic movies such as "Ace Ventura: Pet Detective," which insidiously deliver social conditioning to kids in the guise of stupid comedy. As the air conditioning roars and the heat spikes, there's no better way to spend LGBTQ Pride month than by adding a little rainbow flair to your queue regardless of who you knock boots with. Here's my roundup of movies both allies and friends of Dorothy should screen.

"Call Me by Your Name" (2017) This was one of the best movies of last year in my opinion. I road tripped to Washington to see it before its wider release earlier this year. Beautifully filmed and directed by Luca Guadagnino, this story, based on the novel of the same name, evokes a lot of feels as it proves we're all humans capable of love, loss and all the feelings in between. Don't @ me if you're one of those people who claims to be dead or have no feelings. You're just in denial, sweetie. Peach lovers beware.

"God's Own Country" (2017) Francis Lee's debut film as writer and director is a master class in tragic portrayals of how gay self-loathing works in unhealthy and destructive ways. In its two protagonists, one the native Yorkshire son and the other a Romanian migrant worker, you see very different approaches to accepting one's identity.

"Moonlight" (2016) People should already know this movie for its brief stint as a snubbed winner of the Academy Award for best picture. For those of you who were in "La La Land" instead, you should give this coming-of-age tale that holds at its center the difficulties of emotional and physical abuse that sexual minorities experience growing up. Also, Mahershala Ali.

"Carol" (2015) This film, directed by Todd Haynes, was stuck in development limbo since the same year Ellen came out (1997), and that should speak volumes about systemic challenges in adapting gay narratives to mainstream audiences. When Hollywood finally let it, this story of a love affair that dare not speak its name between two women in 1950s New York got a 10-minute standing ovation at the Cannes Film Festival, which two years earlier had given its top honor to "Blue is the Warmest Color," a French coming-of-age tale of lesbian love that, like "Love, Simon," had been based on a popular graphic novel.

"Tangerine" (2015) A trans story that exceeds any expectations you may have of movies shot on iPhones starring first-time actors like Mya Taylor, literally plucked from the park outside a Los Angeles LGBT center. This Sean Baker-helmed project manages to blend comedy and drama in a story where trans actors are portraying trans people, which is sadly so rare that it should be noted. "Tangerine" humanizes the sex workers of L.A. by whom countless drivers pass each day. S